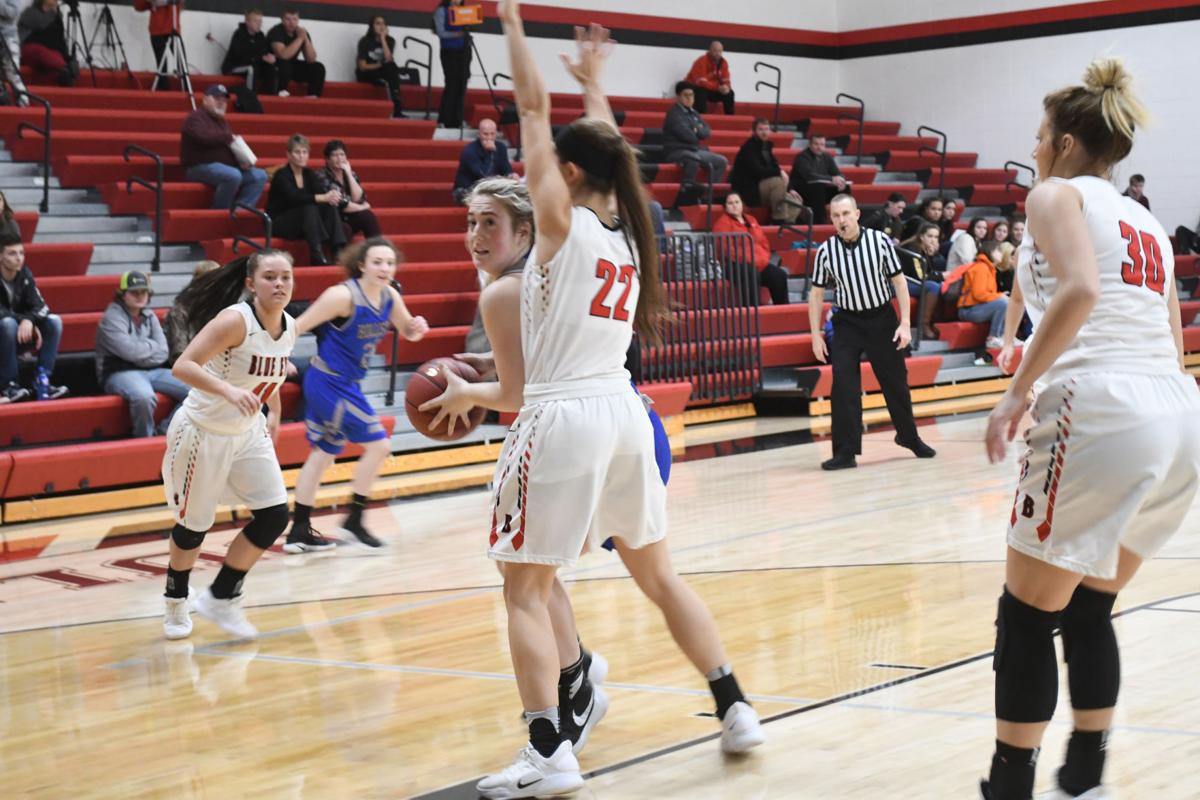 Junior Nesa Clarida, seen in this file photo, played a big part in Monday’s game, guarding Spokane’s Paige Tate. Hollister was able to hold Tate to 16 points although she was averaging over 20 points a game. 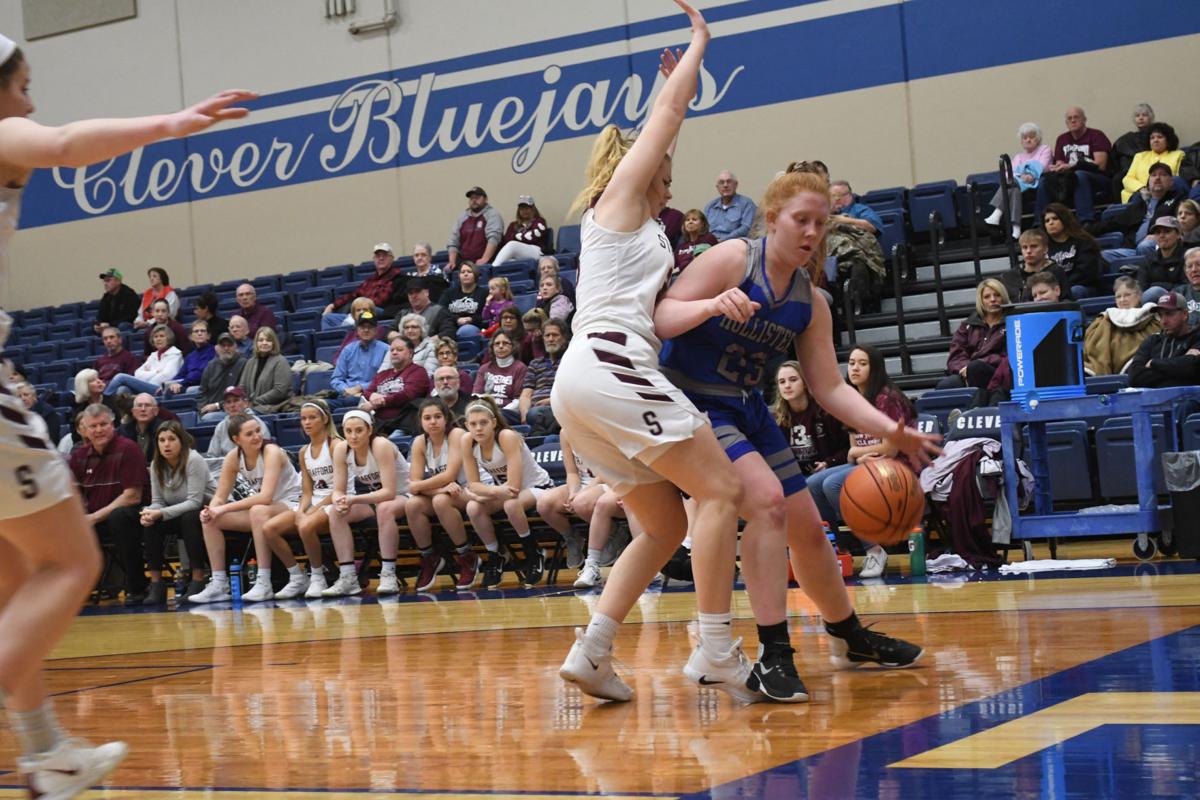 Sophomore Jackie Pyatt, seen in this file photo, put up 12 points in Monday’s matchup to Spokane. She led the team in points scored alongside junior Kendrick Bailey.

Junior Nesa Clarida, seen in this file photo, played a big part in Monday’s game, guarding Spokane’s Paige Tate. Hollister was able to hold Tate to 16 points although she was averaging over 20 points a game.

Sophomore Jackie Pyatt, seen in this file photo, put up 12 points in Monday’s matchup to Spokane. She led the team in points scored alongside junior Kendrick Bailey.

On the first night of the Blue Eye Invitational, Hollister faced Spokane.

Spokane was undefeated before Monday, when the Hollister girls were able to take a 44-42 victory.

Head coach Jimmy Lincoln is happy with Monday night’s win, but he still knows there is room for improvements.

“I felt like we played fairly well,” Lincoln said. “We had very few turnovers. I thought our defense has played very good for two games.”

Although his team has been performing well defensively and rebounding well, he feels as if the team is struggling to score and they aren’t hitting their shots.

“Both of them hit free throws down the stretch to help seal it,” Lincoln said.

The two have led in scoring both the season opener and Monday’s game.

They were also the top two leading scorers from last season, but Lincoln added that the two aren’t scoring like they were last season just yet.

He’d also like to see some more contributions from others who put up points for the team last season.

Hub Arkush: Are Bears coaching changes for better or worse?

“It’s a lot better to be really good defensively and not shooting it well, than to be shooting it really well and not being able to guard,” Lincoln said.

Lincoln said two of his players did an outstanding job guarding Spokane’s Paige Tate. Tate is over 6 foot and is averaging 20 points a night. Nesa Clarida, 5’6”, and Shyannh Frenzel, 5’8” were able to guard Tate and help the team hold her at 16 points.

The majority of Tate’s points were scored in the first half, as she only put up four in the second half.

“They did an excellent job defensively for us,” Lincoln said.