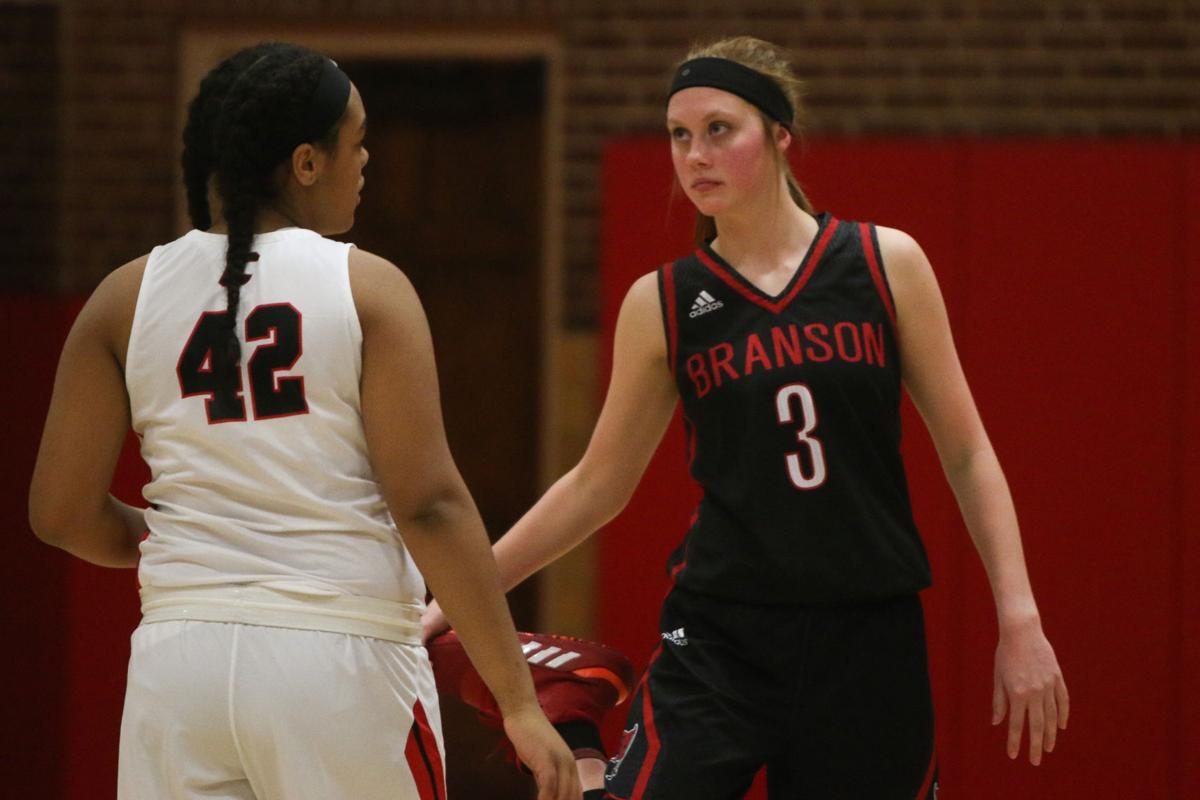 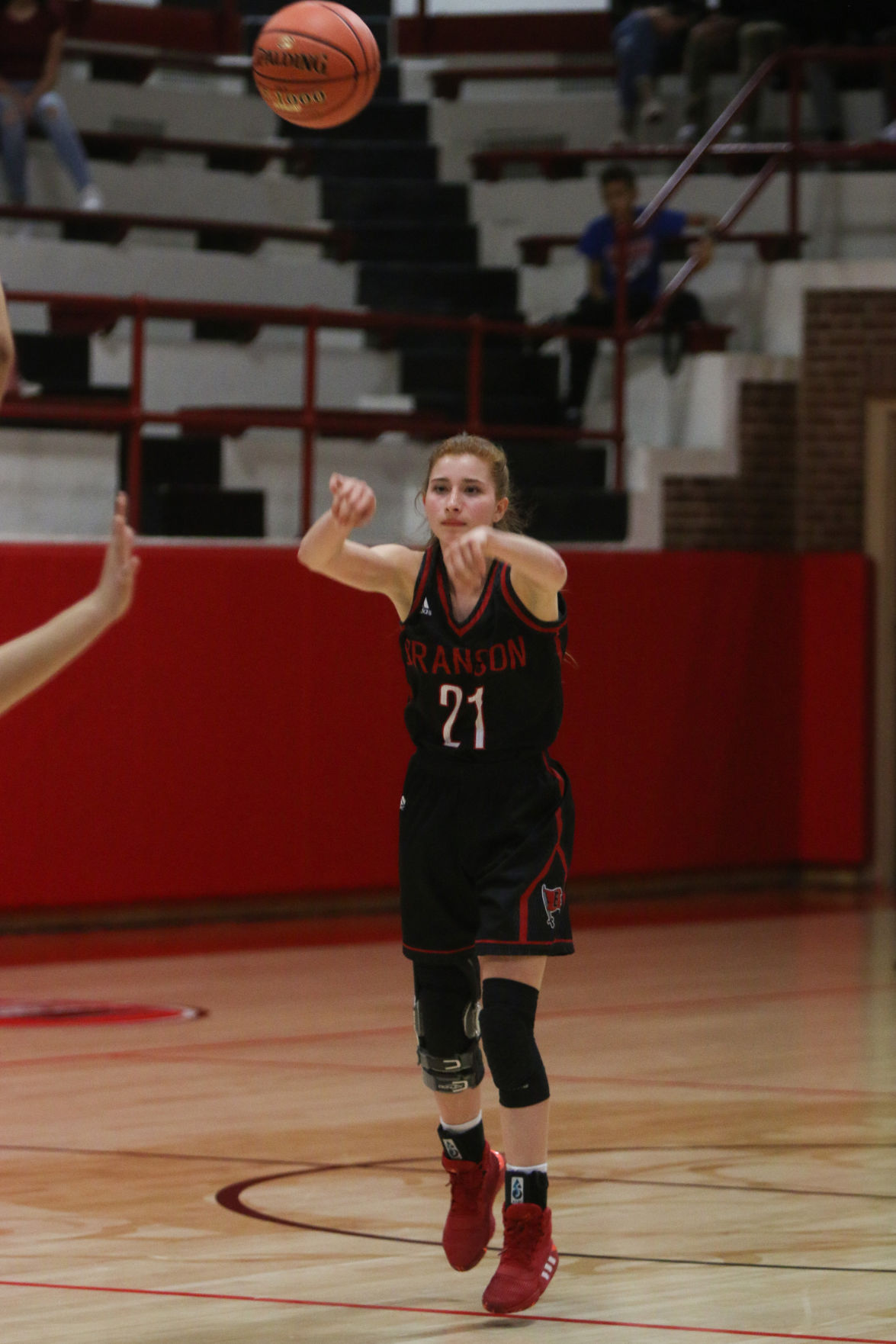 Sophomore Riley Crouse passes the ball in Monday night’s matchup. Crouse went down with an injury early in the game.

Sophomore Riley Crouse passes the ball in Monday night’s matchup. Crouse went down with an injury early in the game.

Senior Priscilla Williams did not dress out for the game, and head coach Kip Bough said he knows the team struggles scoring without her on the court.

Bough said Pardeck is someone the team looks up to.

“This may have been one of the best games Maddie has played,” Bough said. “It was big, she kept us in it. I was really happy for her, because she is the leader of the team.

“The girls look to her, so it was nice to see her out there. I know she was giving it everything she’s got. If she hadn’t played the way she did, we would have really been in trouble.”

Bough said it was the same way with Tabitha Williams.

“In the summer, we saw that she had this kind of confidence to her,” Bough said. “We didn’t know why she had it or what deserved that, but she just has that and it paid off. She stepped in and hit some big shots.”

The trouble started early for the Lady Pirates.

“I thought that we could not have had a worse first half,” Bough said.

The team had some foul trouble in the first half. That, paired with the high number of turnovers, led to a less than ideal first half. They were down by eight points at halftime.

Bough started two freshmen and two sophomores – one of whom was out with an injury most of last season. He said sometimes you just have to let the youth get some experience.

“Sometimes they just have to come out there and get something like this and get the speed of the game,” Bough said. “You can tell the kids it’s fast, but they have got to see that it’s fast.”

Sophomore Riley Crouse, who was injured last season, went down early in the game.

The team played on after Crouse’s injury, but were unable to keep up with Central.

The Lady Pirates came within four points of the lead numerous times throughout the game, but always fell back. Although it was a tough loss, Bough thought his teamed performed well defensively. But it wasn’t enough to keep them in the game.

The Lady Pirates struggled to maintain possession of the ball in the Monday night matchup. Bough said, looking forward, he’d like to see the team cut down on the amount of turnovers and improve the skills when it comes to rebounding.

Sorry, there are no recent results for popular articles.

Sorry, there are no recent results for popular images.

Sorry, there are no recent results for popular videos.