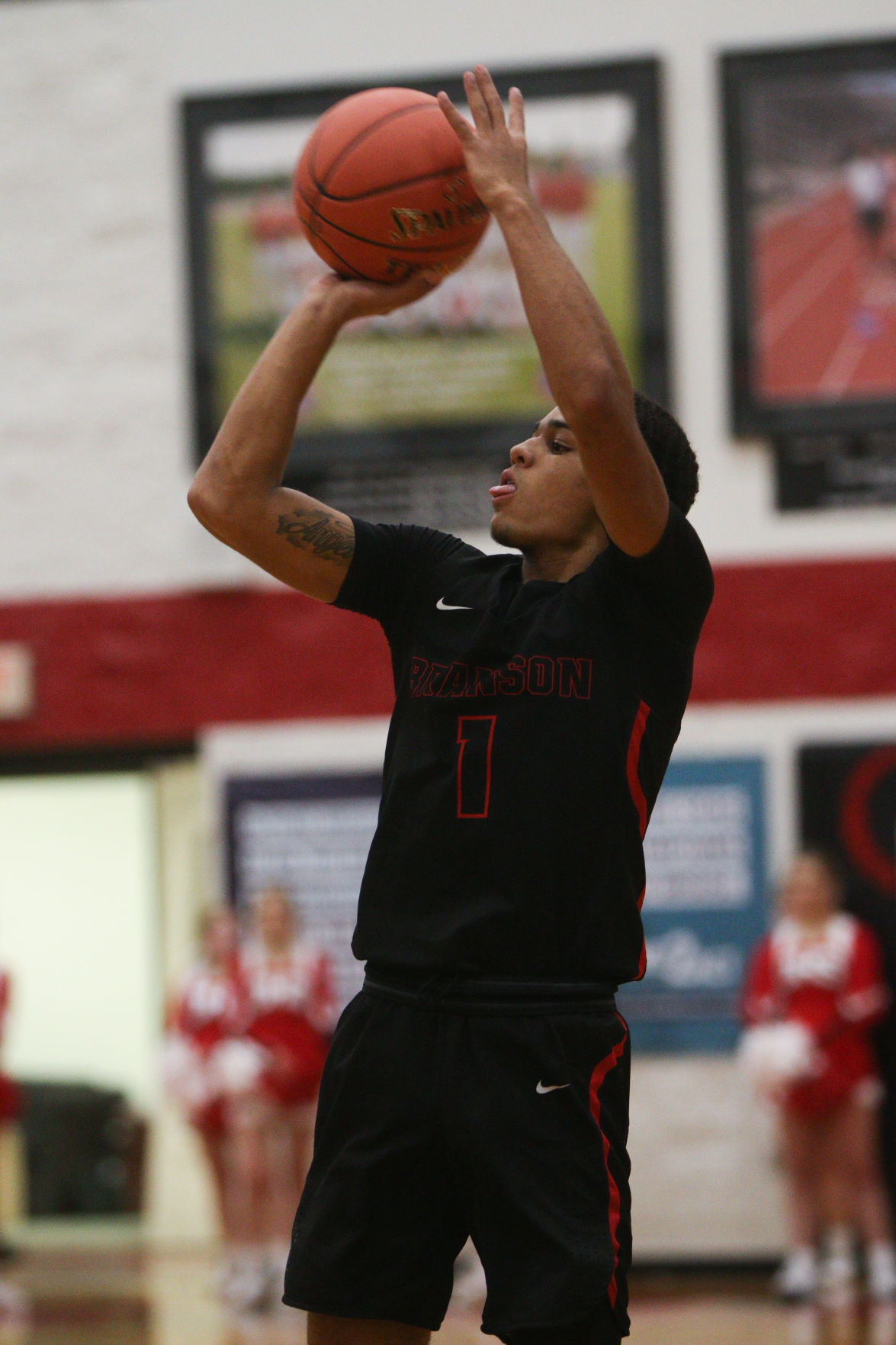 Senior D'Shawn Craigg goes up for a three. The Pirates fell 80-75 against Ozark Tuesday. 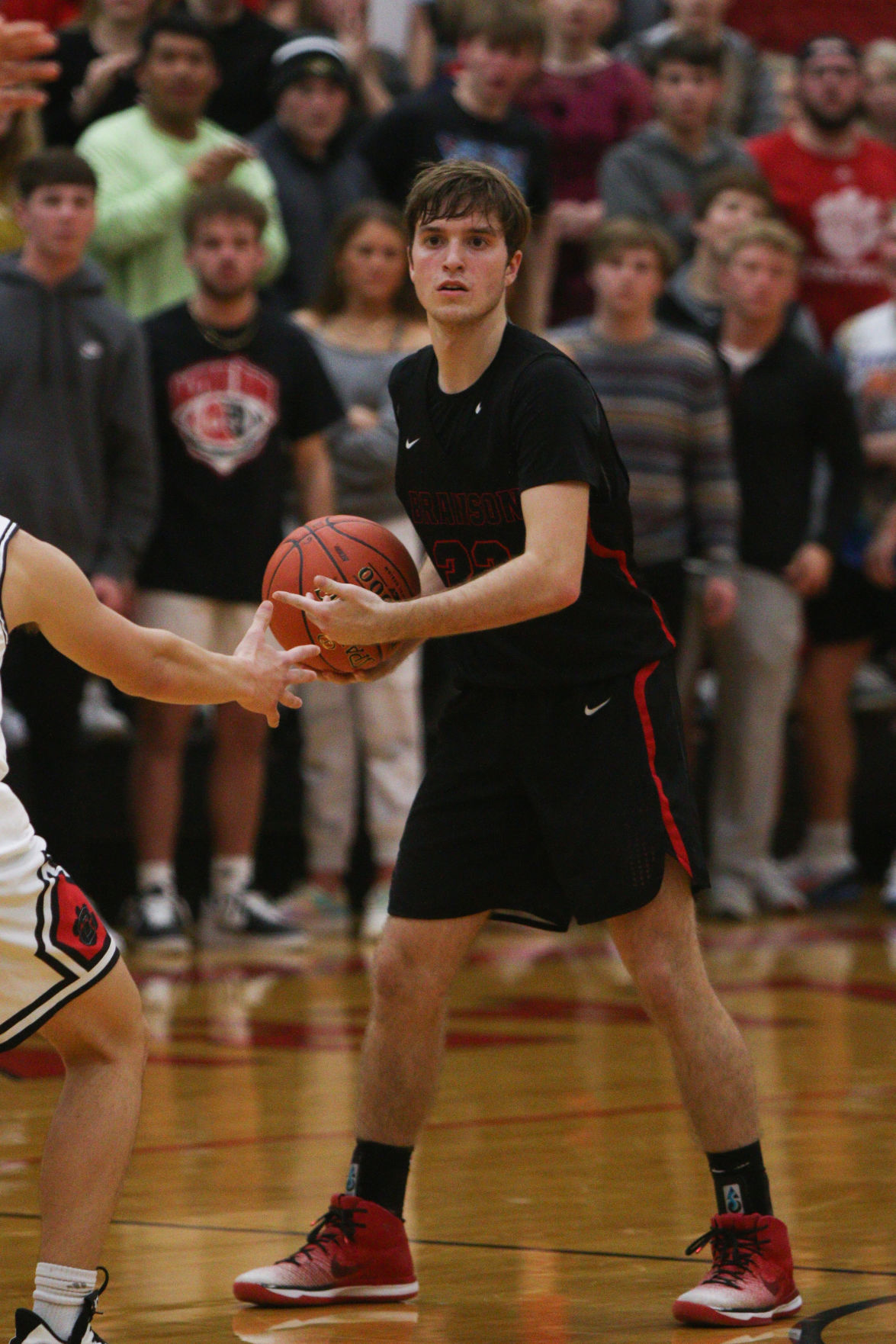 Sophomore Ethan Jones looks for an opportunity to pass. The Pirates fell 80-75 against Ozark Tuesday.

Senior D'Shawn Craigg goes up for a three. The Pirates fell 80-75 against Ozark Tuesday.

Sophomore Ethan Jones looks for an opportunity to pass. The Pirates fell 80-75 against Ozark Tuesday.

Although the Pirates fell 80-75 at Ozark on Tuesday night, things looked good early on as a strong first quarter had the Pirates up 24-13 over Ozark as the teams began the second quarter. But before the end of the first half, Ozark had battled back and managed to head to the break tied at 35.

The rest of the game was surely going to be a battle, and the teams did not disappoint.

Ozark came out to score the first three points of the half, but senior Aden Arnette answered with three of his own to tie it back up.

The teams battled back and forth for the lead, each maintaining it for a short period of time before the other would take it back or tie it up.

It wasn’t until late in the third quarter when the Pirates would take the lead – although it was still a close game. With just a one-point lead for the Pirates, senior Darion Williams hit a shot to extend their lead to three.

An Ozark foul gave Williams a chance to extend the lead even further, and he hit one of two free throw attempts to give the Pirates a four-point lead.

It didn’t take long for Ozark to battle back to a one-point deficit. With just 20 seconds left in the quarter, Ozark had the ball in their hands. Ozark traveled and the Pirates took the ball. The Pirates had a one-point lead and just eight seconds to extend it before the end of the quarter.

Matt LaFleur: ‘There was never a doubt’ about keeping Mike Pettine as Packers’ defensive coordinator

Badgers in the XFL: Check out performances by former Wisconsin players in Week 3

Sophomore Jack Vansickle sank a shot at the buzzer to put the Pirates up by three heading into the final eight minutes of the game.

Ozark came out in the fourth quarter and hit back-to-back threes. Head coach Mike Linehan called a timeout, and the Pirates appeared to have more energy after. Williams hit a basket to close in on Ozark’s lead and hit a three soon after to take the lead back for the Pirates.

With a little over three minutes left in regulation play, Ozark was right behind the Pirates and trailed by only four points. They went up to sink a shot, and Williams fouled. Ozark missed the chance for an extra point that would put them just one point behind the Pirates, but it was Williams fifth foul and he was sent to the bench.

The teams kept on battling for the lead, and the Pirates held on to it until about two minutes left to play. Ozark took the lead for the final time with just over a minute to play.

The game was the Pirates’ ninth loss of the season. The last three losses have been by seven points or fewer. They play West Plains next Friday.

West Plains has two more wins under their belt for the season and just ended a five-game winning streak with a loss at Glendale. West Plains lost that game by 24.

When the Pirates faced Glendale earlier this month, they lost by just seven points.