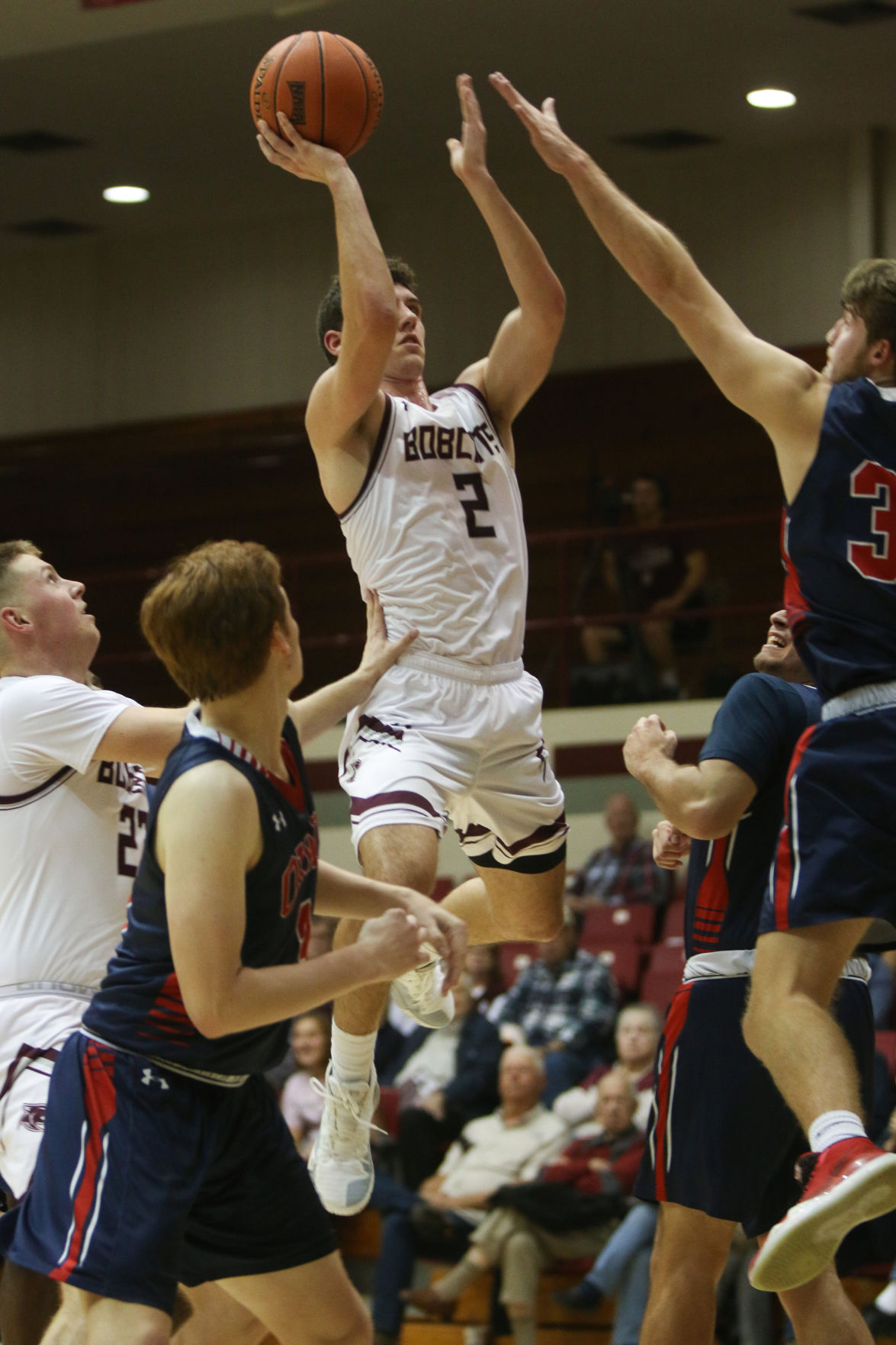 Junior Treydon Rackley goes up for a shot in Monday night's 85-76 win over Oklahoma Wesleyan. Rackley put up 21 points. 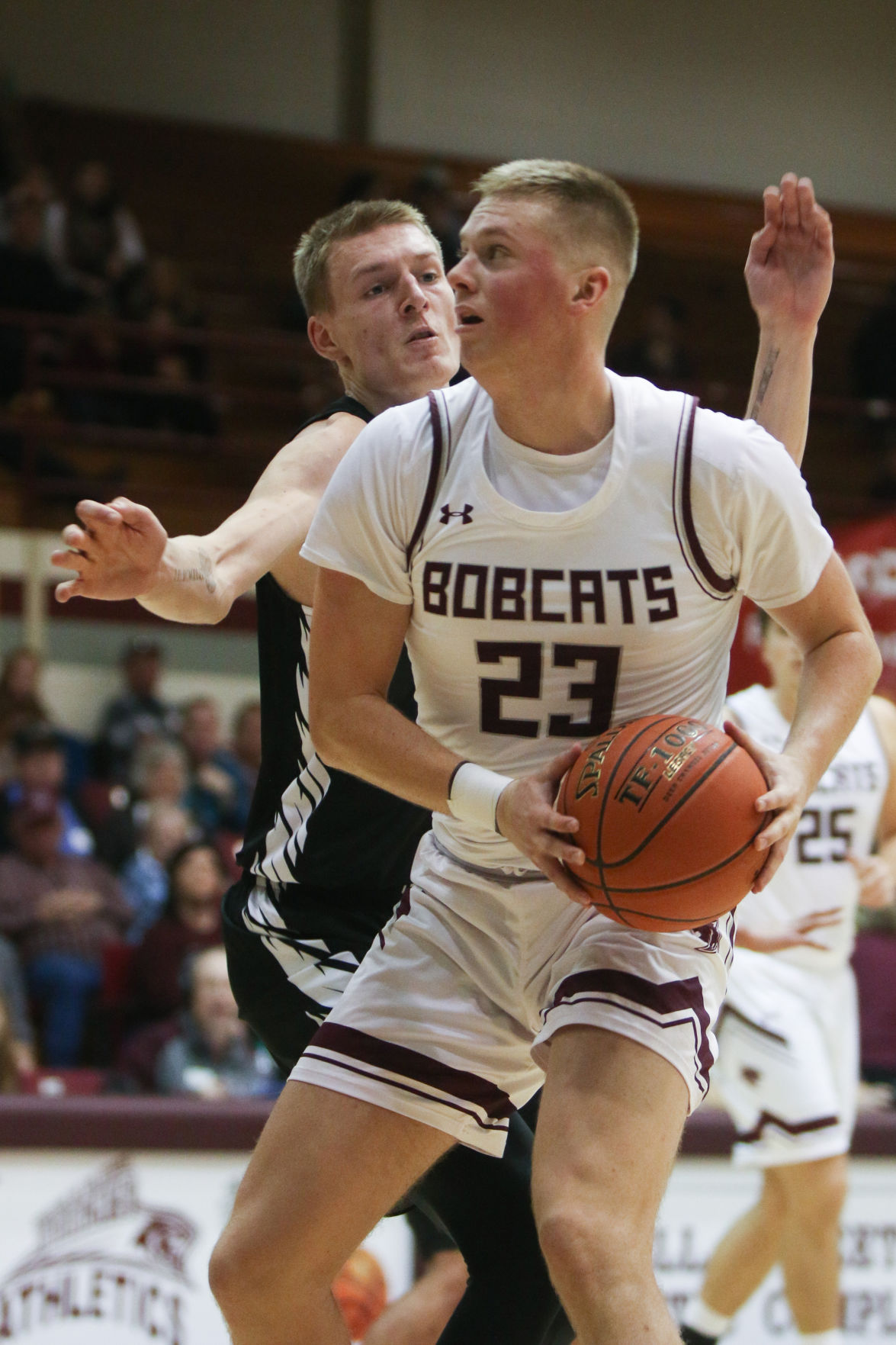 Freshman Trent McBride added 17 of his own points in Saturday’s 82-74 win over Welch College.

Junior Treydon Rackley goes up for a shot in Monday night's 85-76 win over Oklahoma Wesleyan. Rackley put up 21 points.

Freshman Trent McBride added 17 of his own points in Saturday’s 82-74 win over Welch College.

College of the Ozark’s men’s basketball added another win to their record over the weekend.

Head coach Steve Shepherd is happy with the 82-74 win over Welch College, but said there is still room for improvement.

“I felt like we played to the level of our competition,” Shepherd said. “But it wasn’t as well as we could have played.”

Two minutes went by before either team put up any points on the board. After allowing Welch to put up the first two points, Bobcats’ freshman Ayden Stone tied it up. The Bobcats quickly took off with the lead.

Before the end of the half, the Bobcats led by 17 points – at times the lead had climbed to more than 20 points.

In the second half, the Bobcats seemed to battle for the first two minutes. But, they begin to fall back.

Just under three minutes into the half, Welch had closed the deficit to nine points. Around the 10 minute mark, they managed to take the lead for the first time all afternoon.

The Bobcats managed to tie it up a couple times, but were unable to really take the lead back until there was less than eight minutes left to play.

In previous games, Shepherd said the team was working on being more patient with the offense. He said they showed that tonight, but it wasn’t where he’d like them to be.

“It was better and our shooting percentage was respectable,” Shepherd said. “It was just one of those games where we could never really get a consistent flow.”

Their opponent guarded them well and the Bobcats were unable to make it to the basket on many drives. They also struggled from the three-point line. The team as a whole only shot around 20% beyond the arc, Shepherd said it seems to be a common theme this season.

“Our outside shooting kind of let us down tonight,” I think that allowed them to get back in the game and make it a competitive game.”

“Treydon’s been consistent all year,” Shepherd said. “He was our most solid guy tonight.”

Shepherd said he thought Rackley could probably have added more, but he’s really good at taking the ball to the basket and finishing it due to his athleticism.

Get to know the Wisconsin Badgers' 2020 basketball scholarship recruits

Freshman Trent McBride followed Rackley with 17 points of his own. Shepherd said McBride made the most out of his opportunities with a double double and was on the receiving end of some nice passes, but he also created some shots of his own.

“We were glad that Trent stepped up and played really well on the inside for us,” Shepherd said.

Senior Brandt Cochran added 14 and Stone put up another 10 points for the Bobcats.

With a young team, Shepherd relies on some younger guys to play some big minutes.

“They’re doing as well as I had hoped they would,” Shepherd said. “We’re asking a lot of them. Most of the time they’re playing juniors and seniors.”

Shepherd said they’re putting a lot of responsibility on the young guys to learn their system.

“They’re definitely contributing a lot for us,” Shepherd said. “I’m pretty pleased with them. I think the thing you want  to get out of them is improvement.

“They certainly work hard, have great attitudes and know they have a lot to learn. It’s good to see them producing, and it’s going to pay off. They’re getting some great experience in pressure situations and doing well.”

The Bobcats do not play again until December 10th, when they host Williams Woods. Williams Woods also has a substantial amount of freshmen on their team, but they also bring a lot of juniors and a couple of seniors to the court. The game is in Keeter Gymnasium at 6 p.m.