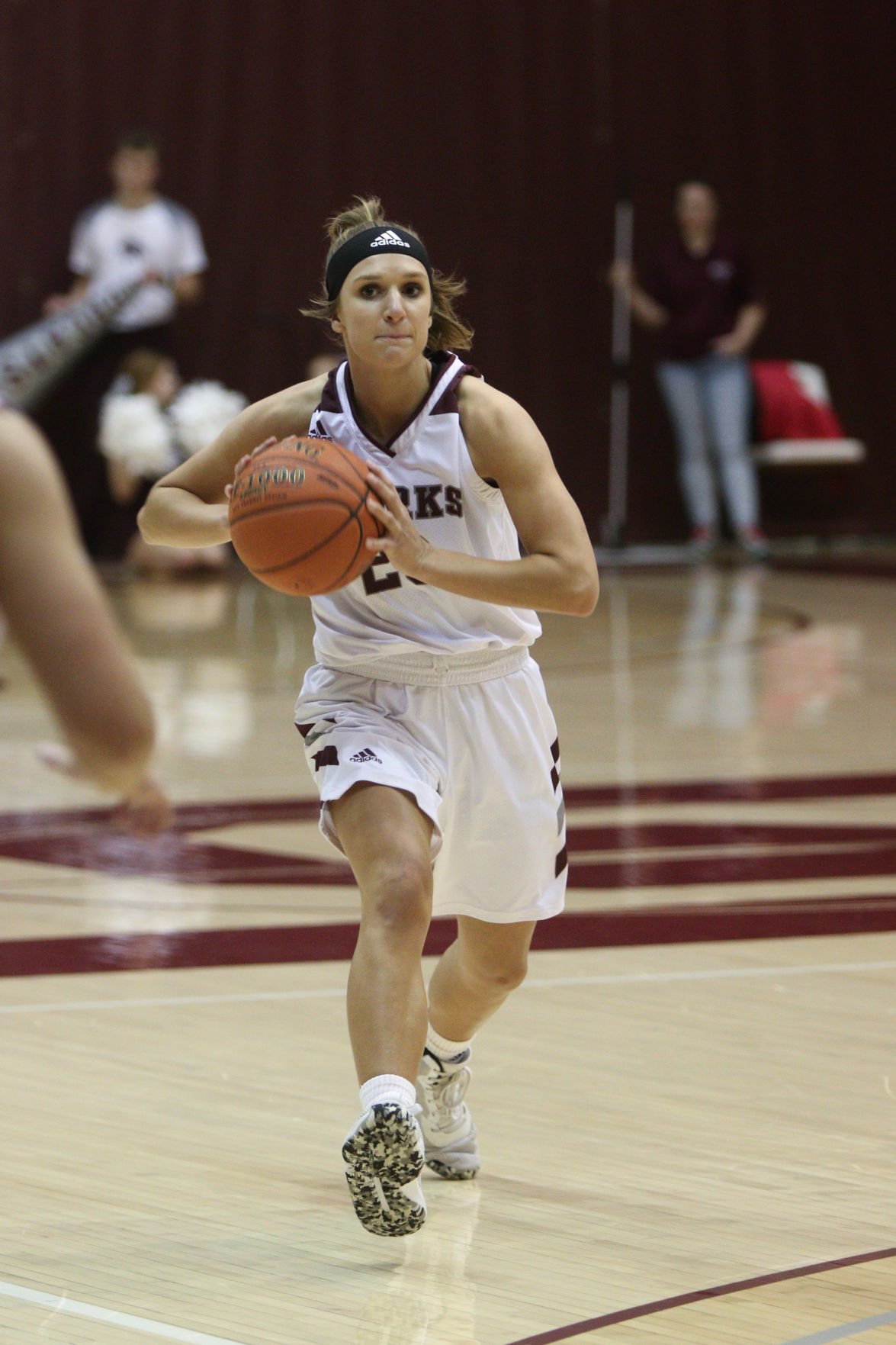 Freshman Harper Little goes to pass the ball. The Lady Cats secured their 20th win of the season on Saturday after beating Haskell 92-51. 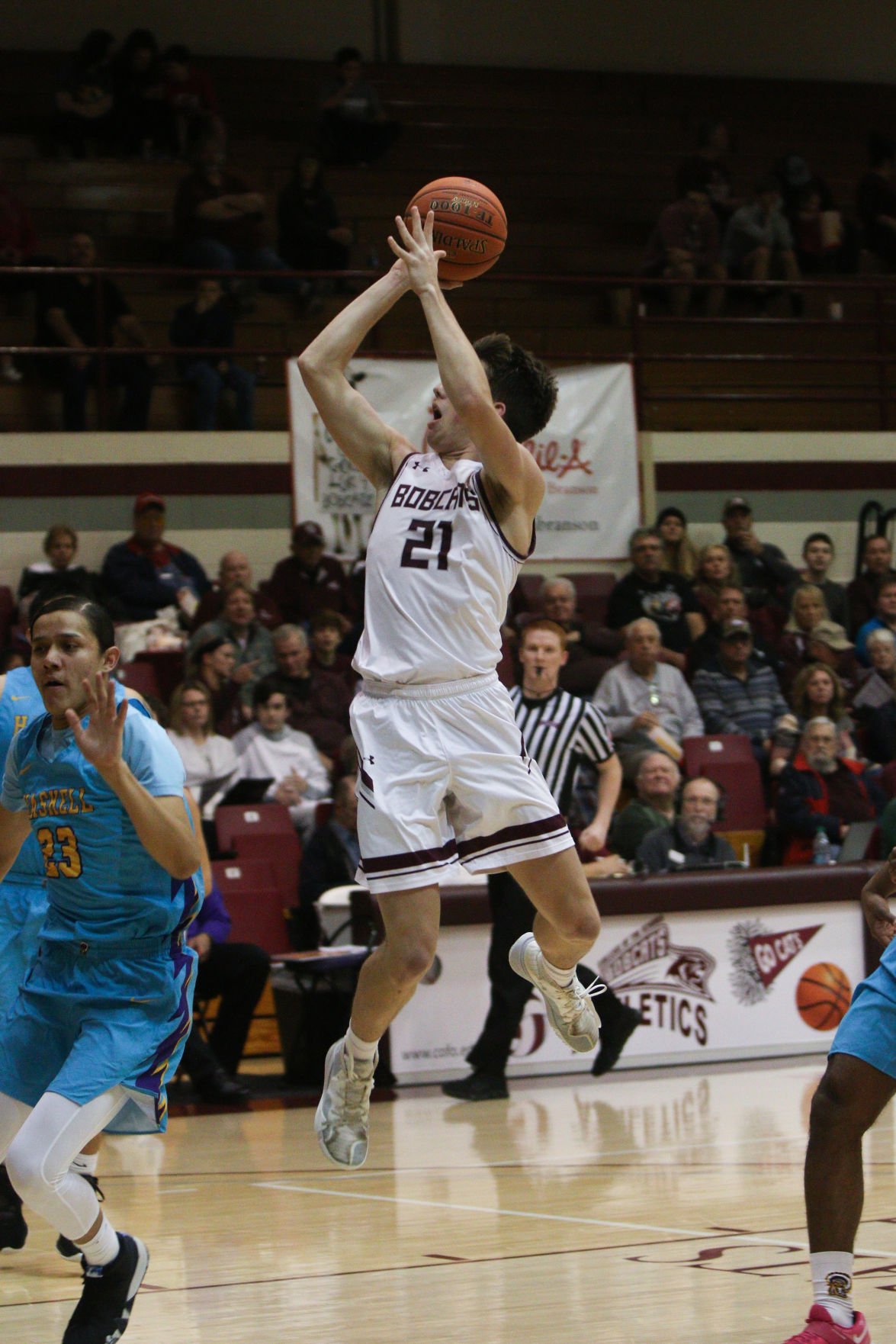 Freshman Ayden Stone goes up for a basket. The Bobcats broke a short losing streak on Saturday with a 90-63 win against Haskell.

Freshman Harper Little goes to pass the ball. The Lady Cats secured their 20th win of the season on Saturday after beating Haskell 92-51.

Freshman Ayden Stone goes up for a basket. The Bobcats broke a short losing streak on Saturday with a 90-63 win against Haskell.

The Lady Cats dominated their game against the Pioneers by a score of 88-25, and the Bobcats followed up with an 81-61 victory.

The second half saw the Lady Cats continue to play solid defense, holding the Pioneers to only four points in each quarter. Meanwhile, C of O put up 42 points to capture their 21st win of the season against just four losses.

The Lady Cats had five players in double-digit scoring, led by Jordan Wersinger and Aleksei Smith with 13 apiece.

Mike Prater: Four Broncos headed to Combine, but how many will end up in NFL Draft?

Ashley Forrest, Abby Oliver, and Julie Stone each contributed 10 points. Harper Little, Michelle Gabani, Forrest and Wersinger each hauled down seven rebounds. Stone nabbed three steals, and Kyra Hardesty handed off five assists. As a team, the Lady Cats shot 41.3% from the field, hit 9 three-pointers, and drained an impressive 13 of 14 from the free throw line. C of O out-rebounded the Pioneers by a margin of 59-25 and won the turnover battle with 11 versus 24 by CRC.

The Bobcats followed with a big win of their own.  C of O took an early 4-0 lead to open the first half, but CRC went on 10-3 run to gain a three-point lead (10-7) with 13:37 to play. A basket by Ayden Stone, followed by a Brandt Cochran trey, put the Cats back on top. The two teams battled back and forth, and C of O held a 26-24 lead with 5:23 remaining. A combination of seven quick points by Trent McBride and a Treydon Rackley three pushed the Cats ahead by double figures. C of O closed out the half with a 41-30 advantage.

The Pioneers opened the second half with a three-pointer, but C of O responded with some buckets of their own and maintained control through the half, leading by as many as 25 points. The Cats closed out the game with a 20-point victory to improve their record to 14-10.

McBride led the Bobcats with a game- and career-high 25 points and 14 rebounds for the double-double. Rackley added 14 points with a perfect 5 for 5 from the field, including four three-pointers.

He also added 7 rebounds and a game-leading eight assists. Cochran and Klay Barton each tallied 14 points on the night. The Bobcats shot 51.7% from the field versus 35.2% by CRC. C of O drained 11 of 25 triples and dished 25 assists. CRC won the rebounding efforts by a slight edge of 40-38. The two teams were fairly evenly matched in turnovers with 10 for CRC and 11 for C of O.