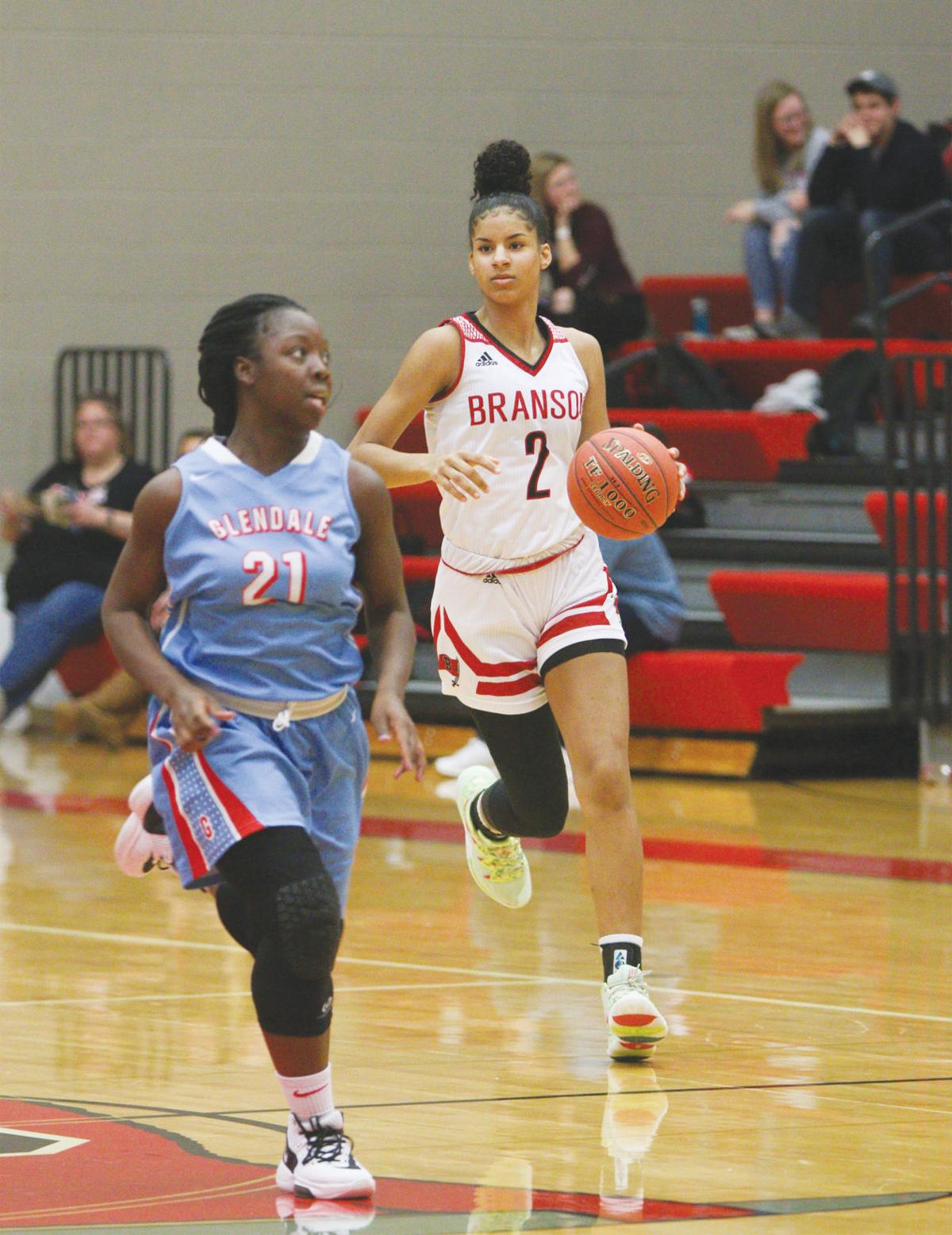 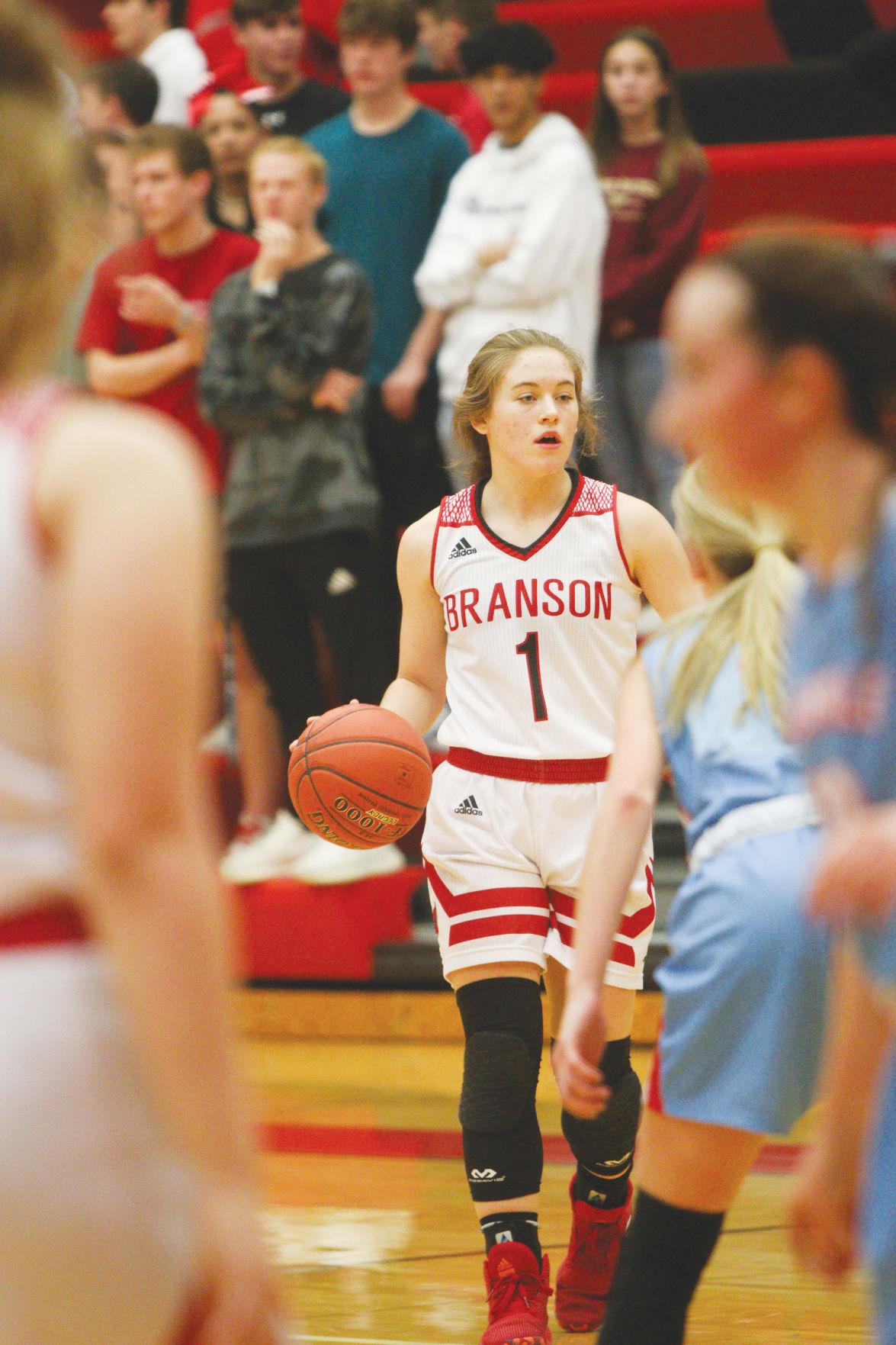 Chloe Grimm looks for her next move. The Lady Pirates took a 58-48 overtime win over Glendale.

Chloe Grimm looks for her next move. The Lady Pirates took a 58-48 overtime win over Glendale.

A late game comeback proved successful for the Branson Lady Pirates in their 58-48 overtime win to Glendale on Monday.

The Lady Pirates were down by three heading into the half, and it was a back and forth game from there on. Head coach Kip Bough noted that the team never truly took a huge lead over Glendale. In fact, they were actually down by five points with just three minutes left in regulation playing time.

“Things weren’t looking real good for us,” Bough said. “We even had to switch defenses to kind of come out of the zone and press them a little bit.”

At that time, senior Priscilla Williams just kind of took over. With under two minutes to go, she had helped her team get to a one-point lead.

“We had our chances in regulation after making a pretty serious comeback in three minutes,” Bough said.

The Lady Pirates had an opportunity to take the win in regulation off a free throw, but missed the shot sending the teams into overtime. Priscilla put up 11 points in overtime, and sophomore Rachel Riveros added two off some free throws. Bough said that made the primary difference in Monday’s matchup.

Bough said the team is a work in progress. With a 6-5 record for the season, he acknowledged the team has been pretty up and down this season. There are a lot of young names on the roster who are still finding their own.

In Monday’s game, Bough said the team just didn’t shoot it all that well. There were some lapses defensively.

But in previous games, like the one against Melbourne during the Pink and White Classic, the Lady Pirates played a very close game.

Bears 2020 vision: They could already have all they need at inside linebacker

But they haven’t played as well against some teams that aren’t as tough as teams like Melbourne or Strafford.

He thinks a lot of the up and down this season comes with the youth. The team is made up of mostly freshmen and sophomores. There are only six upperclassmen on this year’s team. At times, the Lady Pirates have even had two freshmen and two sophomores on the court.

“We’re fortunate to have a kid like Priscilla where it seems like she’s on cruise control,” Bough said. “She tries to get people involved early in the game, and then she takes over.”

The Lady Pirates hit the road to face Ozark on Monday. It is their first conference game of the season, and Ozark has just three losses compared to Branson’s five as of Wednesday.

Sorry, there are no recent results for popular articles.