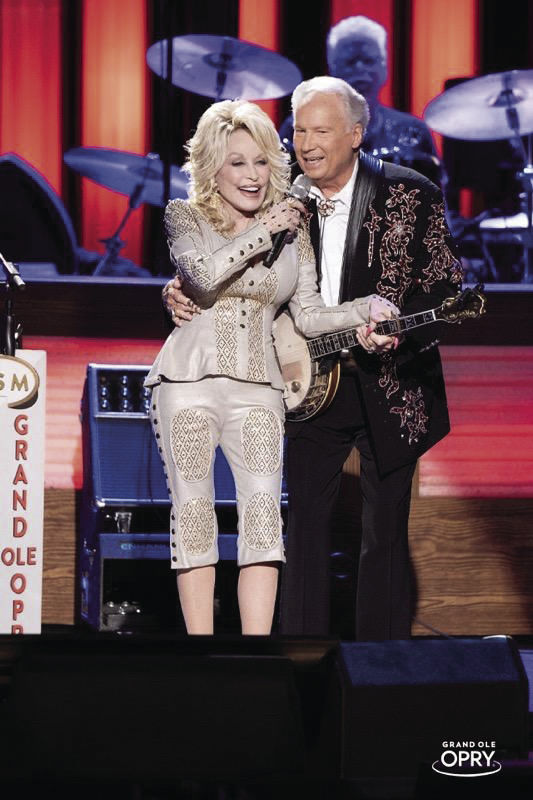 Dolly Parton is joined by Buck Trent during “Dolly Parton: 50 Years at the Opry,” which airs Tuesday night on NBC. 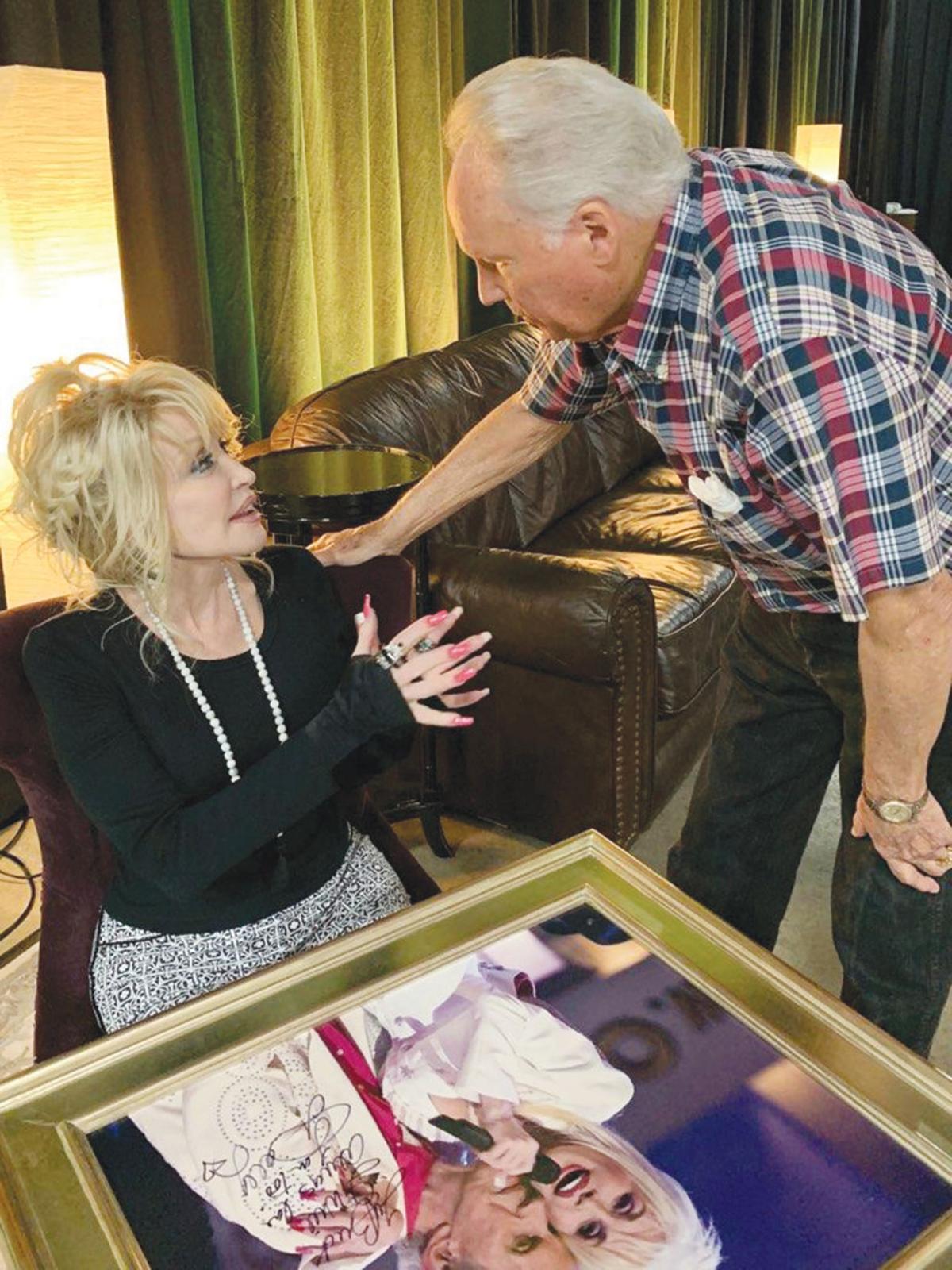 Dolly Parton and Buck Trent got to visit with each other before playing the Grand Ole Orpy last month.

Dolly Parton is joined by Buck Trent during “Dolly Parton: 50 Years at the Opry,” which airs Tuesday night on NBC.

Dolly Parton and Buck Trent got to visit with each other before playing the Grand Ole Orpy last month.

Tuesday night on NBC, local residents will get the opportunity to catch longtime Branson resident and country music favorite Buck Trent as he joins Country Music Hall of Famer Dolly Parton as she celebrates “50 Years at the Opry.”

“This is it, it’s the big time, pal,” Trent said with a laugh. “We’re so happy we got to be a part of this show, and I can’t wait to watch it Tuesday night.”

The “Dolly Parton: 50 Years at the Opry” special was filmed last month as Parton performed two sold out shows at revered Nashville venue. During those shows, performers including Dierks Bentley, Emmylou Harris, Chris Janson, Toby Keith, Lady Antebellum, Margo Price, Hank Williams Jr. and more all came out to perform covers of Parton’s songs. Trent joined Parton on stage for both shows, as he was there in the beginning of her career.

Performing as part of Porter Wagoner’s band, the Wagonmasters, Trent has been credited with creating the “Porter Wagoner sound.” When the young Parton came on the scene, Trent became an integral part of many of her early hit records as well.

“I was able to play on a bunch of their hit records, and even a few of Dolly’s bigger hits,” he said. “I played on ‘Coat of Many Colors,’ ‘Jolene’ and ‘I Will Always Love You.’ I get a nice little check every once in a while from that one.”

After not performing on the same stage in more than a decade, Parton reached out to Trent earlier this year and asked him to be a part of “her big Opry shows.”

“She wanted to do the ‘Carol County Accident,’ which we also did on my Spartanburg Blues album, so that’s what we did,” he said. “During the first show, usually I look at the drummer, and he’ll go, ‘a-one, two, three, four, one, two,’ then I kick it off, and we did that on the first show,” he said. “And then on the second show, she introduced me and I go out there, and then she just looks at me, or points at me, for me to hit the intro, so I just took right off on the intro and she just smiled and asked the crowd if they remembered that sound. It really was something.”

In addition to performances from Parton and the other artists, the special is also slated to includes archival footage of Parton’s “most colorful and exciting moments through 50 years on the Opry stage,” as well as interviews with other artists she’s influenced.

The show airs at 8 p.m. Tuesday on NBC. Chest listings for the channel.