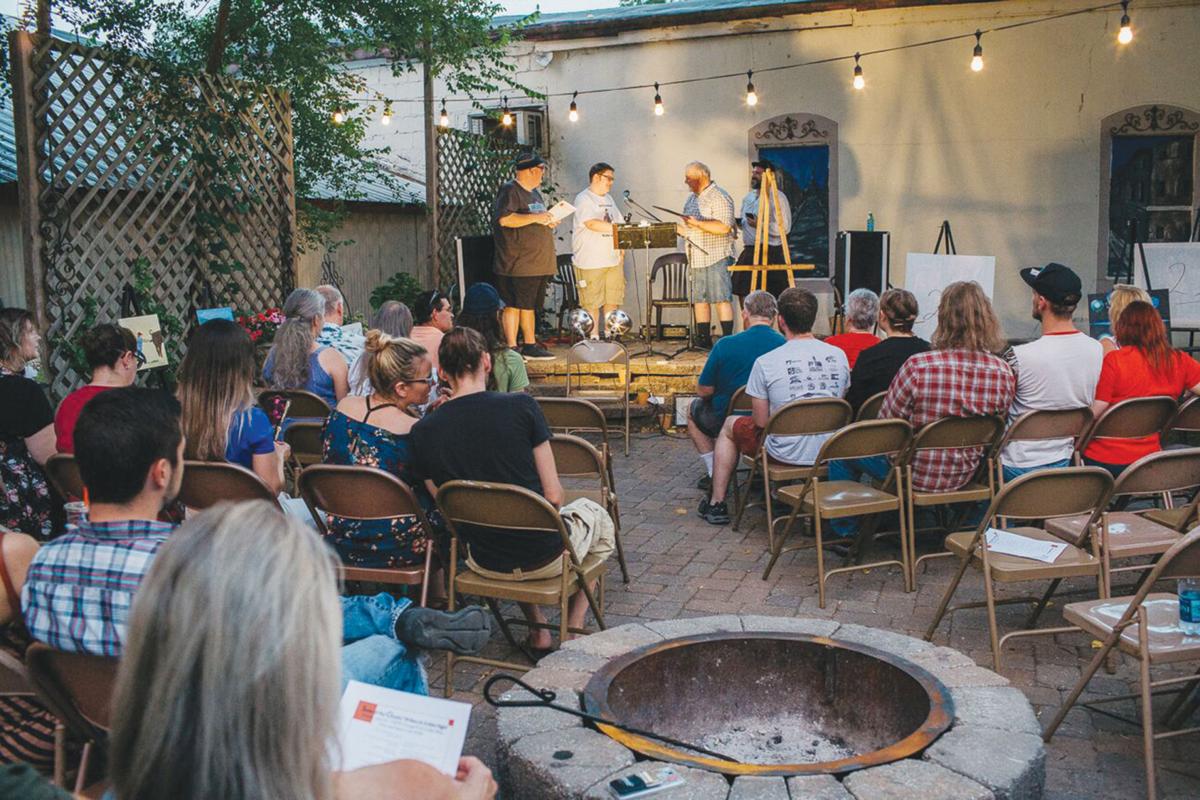 Attendees gather at Vintage Paris for the annual Writers/Artists Night event in Hollister to see participants present their work. 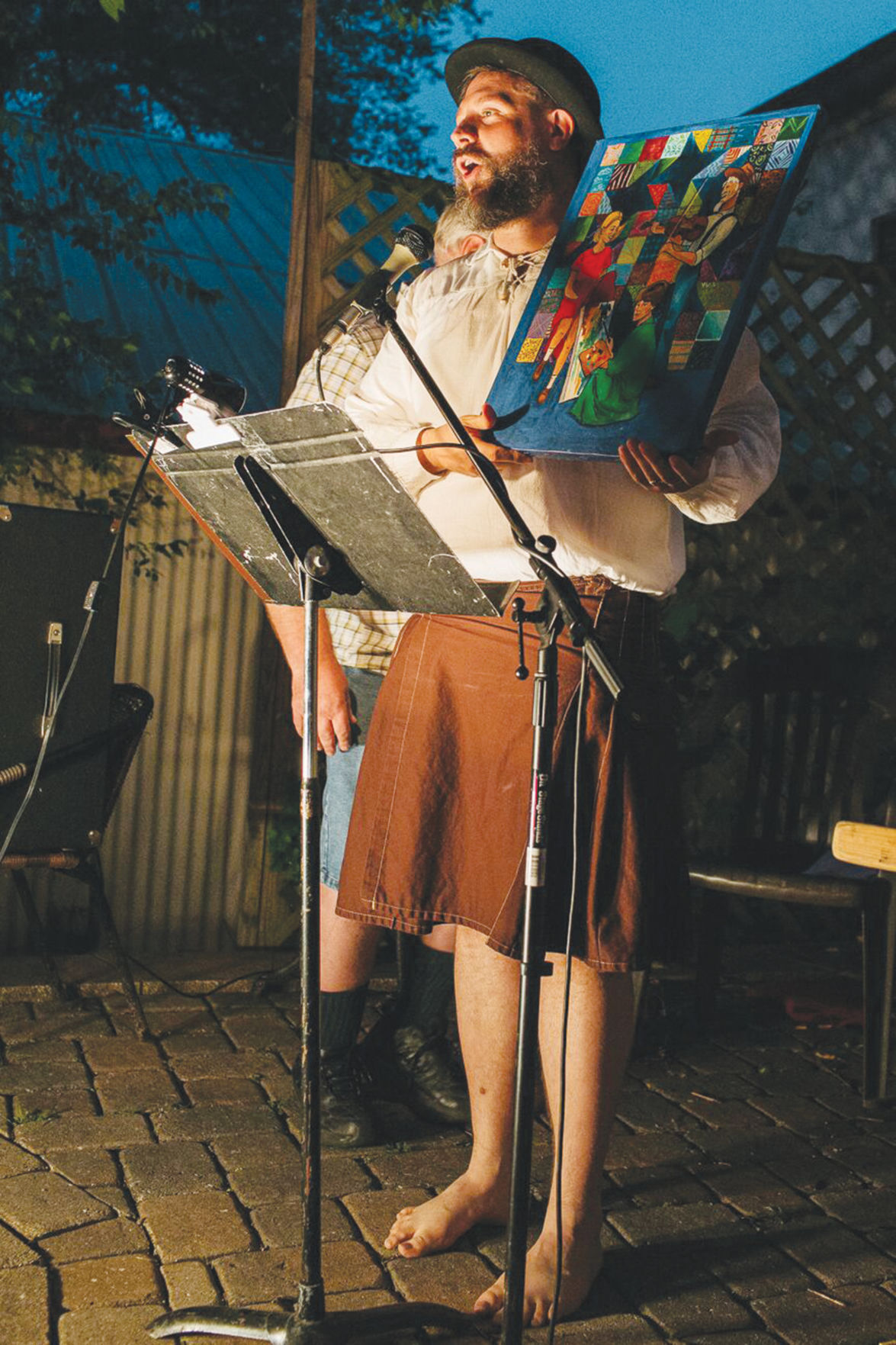 State of the Ozarks Editor-in-Chief Joshua Heston addresses attendees at the annual Writers/Artists Night at Vintage Paris in Hollister.

Attendees gather at Vintage Paris for the annual Writers/Artists Night event in Hollister to see participants present their work.

State of the Ozarks Editor-in-Chief Joshua Heston addresses attendees at the annual Writers/Artists Night at Vintage Paris in Hollister.

(Update: Writers/Artists Night has been postponed to July 17.)

State of the Ozarks is now taking submissions from local writers for its annual Writers/Artists Night, which is being held on Friday, June 19 at Vintage Paris in Hollister.

“On the night of the event, the art is on display as a pop-up gallery, and the writers come to share their pieces. The artists get to come on stage as well to share their work. We give out prizes, and hopefully everybody goes home happy or at least relatively gratified.”

Heston also explained that once he has paired a writer up with an artist, it will be completely up to them if they want to collaborate.

“Some writer/artist collaborative pairs work together super closely. In fact, some writer/artist pairs request each other and have from season to season, which I love seeing that because you see this sort of evolution of work that develops with the collaboration. Then some artist/writers pairs have no idea who each other are,” Heston said. “Some of the artist/writer pairs never meet each other until the night of the event.

“But there is something really amazing about seeing the writer and the artist meet each other for the first time, sometimes on stage in front of me. Especially when the artist has this amazing piece and the writer whose written this great piece gets to see something created from their creation, and that is very gratifying, and sometimes it’s very emotional.”

Heston said that they do not censor the art or the writing at Writers/Artists Night. There will be a PG part of the evening and then another part for more mature submissions toward the end of the night.

Submitted written works must be original pieces that have never been published before. Heston added that he is also changing the word count maximum requirement for this year’s submissions.

“The written excerpts are a 1,000 words max. So it’s a little lengthier, because last year it was 750, which is really short,” said Heston. “Entry fee is $15, and that’s to help cover basic infrastructure costs and then purchase the gift bag contents. The winners get gift bags, and the gift bags include all locally sourced handmade items … from our local artisans, because we also want to honor our local artisans.”

Applications from those interested in being an artist in this year’s event will be accepted through April 30. All artwork will then be due a week before the event for review on Friday, June 12.

“With the art, pretty much any medium is good, and I think last year my official rule was, please let it be small enough that we can put it in the courtyard and please have it not be dripping,” said Heston.

Writers/Artists Night will be held from 7 to 10 p.m. and is free and open to the public to attend. Vintage Paris is located at 260 Birdcage Walk in Hollister. Writers and artist can complete an application to participate at stateoftheozarks.net.