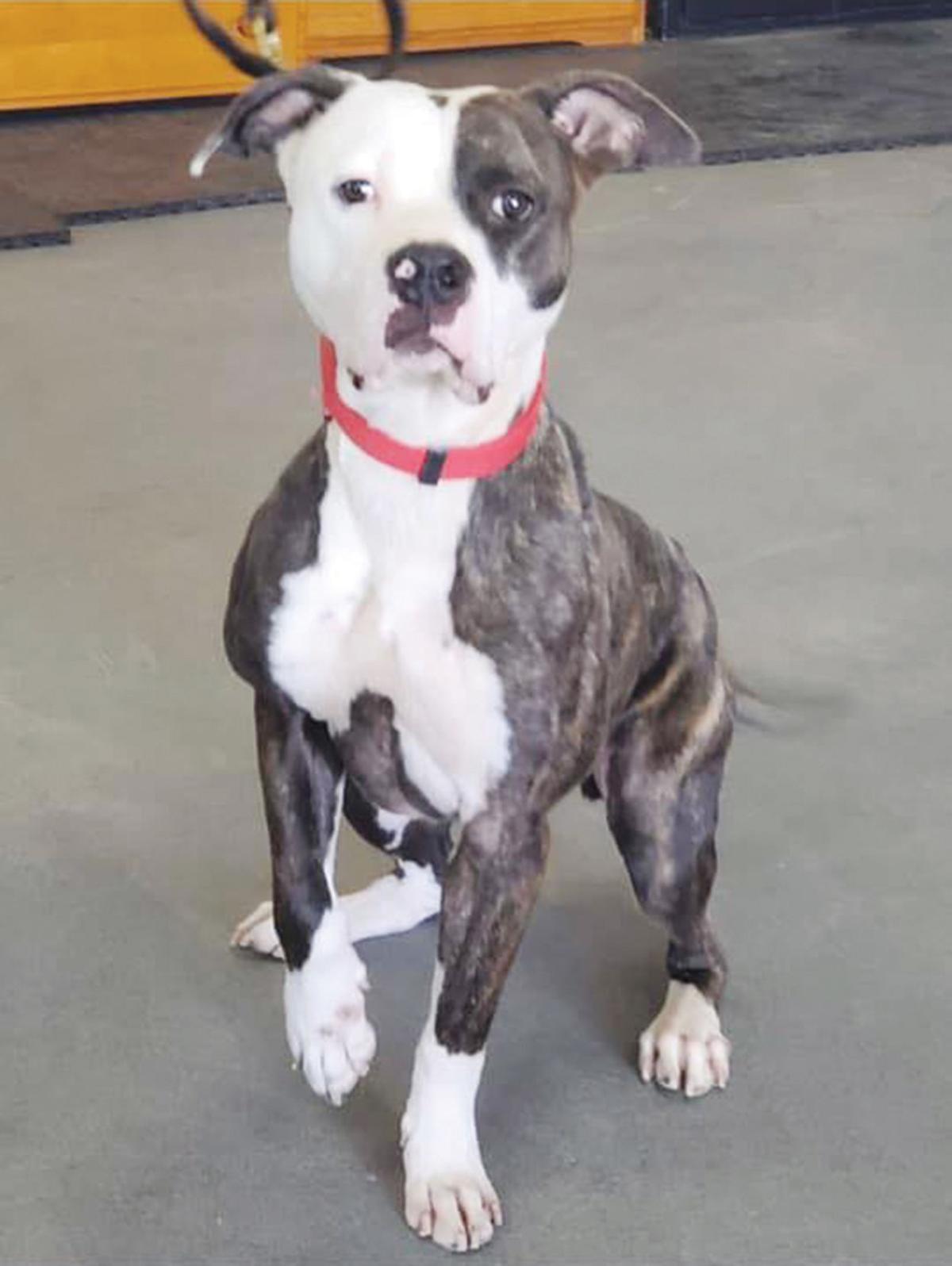 Chief Tracy West and K9 Bravo from the Reeds Spring Police Department are among the latest graduates from the Animal Farm Foundation and Sector K9’s class of Weapons and Drugs Detection Dogs. 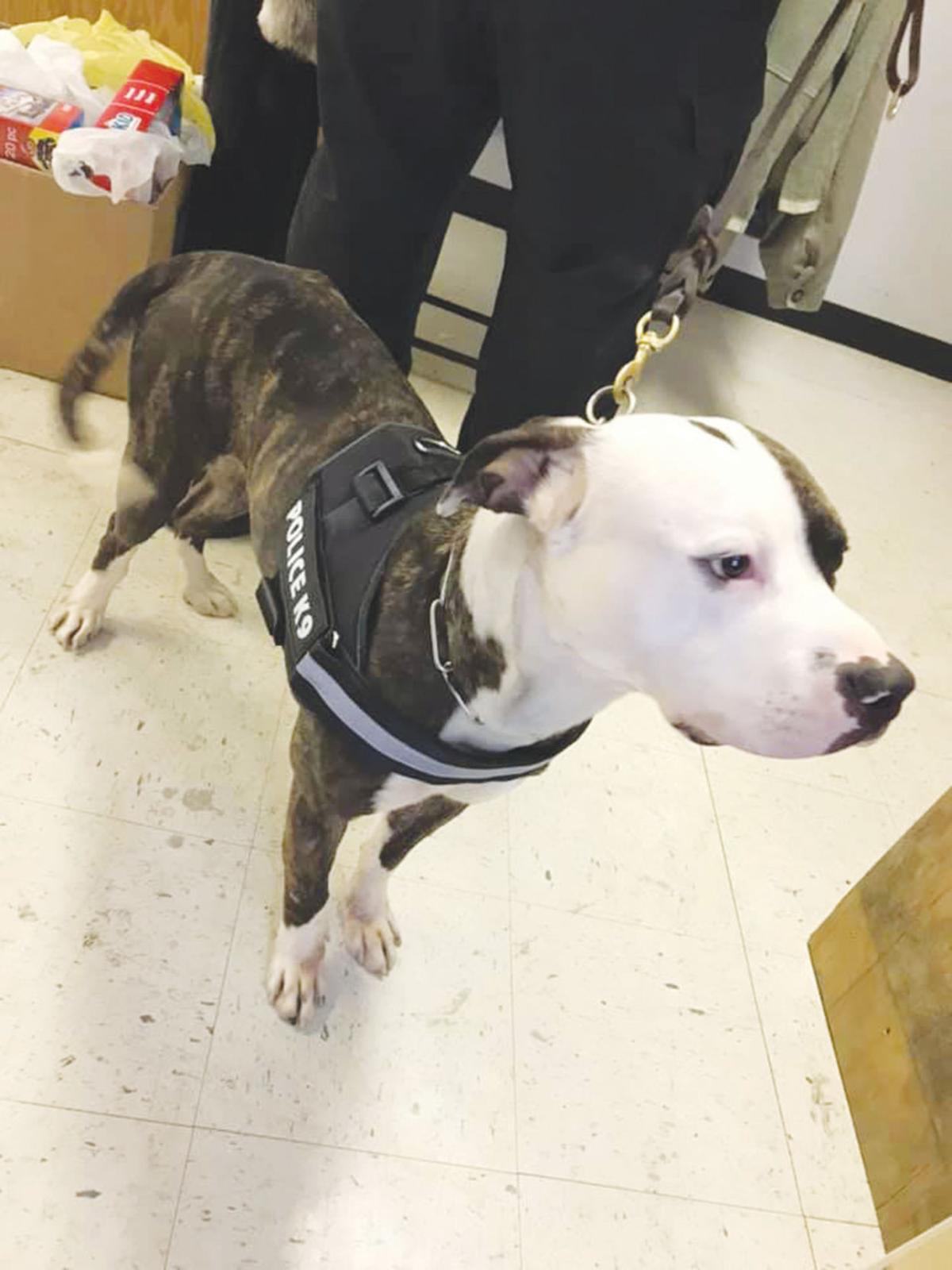 Chief Tracy West and K9 Bravo from the Reeds Spring Police Department are among the latest graduates from the Animal Farm Foundation and Sector K9’s class of Weapons and Drugs Detection Dogs.

The Reeds Spring Police Department has welcomed a new furry addition to their program.

“Being a small department, (K9 Bravo) and my other dog (K9 Gina) are the only two K9s for the entire county,” said Chief Tracy West for the Reeds Spring Police Department.

“We’re able to help the county out and other municipalities with narcotics. My other dog (Gina), she’s a little older, but she does narcotics and tracking as well. Bravo, the new dog, we just have him for narcotics and to help out with the county and everybody else to try to get drugs out of Stone County. They’re a very giant tool that we have at our disposal.”

According to a press release, non-purebred canines are selected from shelters based on a rigorous screening process that determines their ability to do detection work. Animal Farm Foundation is able to push for public safety by offering skilled K-9s at no cost. As a result, police departments save the approximate $20,000 it takes to obtain a K9 and frees up funds for other services that help benefit the community’s safety.

“Animal Farm is basically an advocacy group for dogs that are labeled pit bulls in shelters,” said Animal Farm Foundation’s Special Programs Manager Erich Steffensen. “We advocate for the dogs that are discriminated against, and also for people that are discriminated against for having that type of dog or dogs that are labeled like that. Our philosophy is that all dogs are individuals, and we like to evaluate each dog as an individual, not just as a breed or as a general stereotype.”

According to the release, these high-potential dogs are sent to Sector K9 for an intensive four- to eight-week training program, paid for entirely by Animal Farm Foundation.

The dogs are trained to detect narcotics, opiates and guns. Some also learn special skills in tracking. The dog is then matched with law enforcement officers and placed in communities and schools to reduce crime and improve safety.

“The main thing we would like to highlight about the program is that you don’t need to have a purebred or a purpose-bred dog to do the work,” said Steffensen. “We’re not saying that every pit bull or every shelter dog can do it, ‘cause they can’t, but we’re saying if you look at them as individuals, you can pick the ones out that can, and there’s no reason a shelter dog can’t do it.”

Both K9s with the Reeds Spring Police Department have been donated through this program, and according to Chief West, the experience has been very rewarding.

“I’ve been a cop for 19 years, the last three have been with a K9, and I honestly don’t think I could do this job again by myself,” said Chief West. “You have a bond with the dog, it becomes family and partner. When you’re in law enforcement it’s just you out there by yourself, doing what you have to do and doing the job. It’s just a good feeling to have somebody in the car with you.”

So everyone, meet K9 Bravo.

“K9 Bravo, he’s a year old, he’s got a lot to learn, but we’re going to do our job and get it taken care of,” said Chief West. “And for people to understand that, granted the stereotype ‘pit bull’, there is no such thing as a specific breed like that. A dog is a dog no matter what, and if it can do the job then let it do the job. I think we have three in Missouri now that are from the rescue organization, and these dogs rock it.”

There is always a stigma or a stereotype that is used when it comes to the phrase ‘pit bull’ or ‘K9’, but some are looking to crush the stigma behind the labels.

According to Steffensen, K9 Bravo came from Miami Dade in Florida, which has BSL (breed specific legislation) where dogs that look like Bravo get put to sleep based off of how they look.

Chief West mentions the stigma of people saying that German Shepherds or Malinois are the perfect K9 dog.

“You have someone going out and a department spending $20,000 to $40,000 on a dog, where you (could) have a rescue dog that you have given a better life, a new life and a purpose,” said Chief West. “I’m hoping that at some point that will break the stigma that only German Shepherds and Malinois can do this job because any dog with a drive can do a job, you just have to find out what the drive is for that dog.”