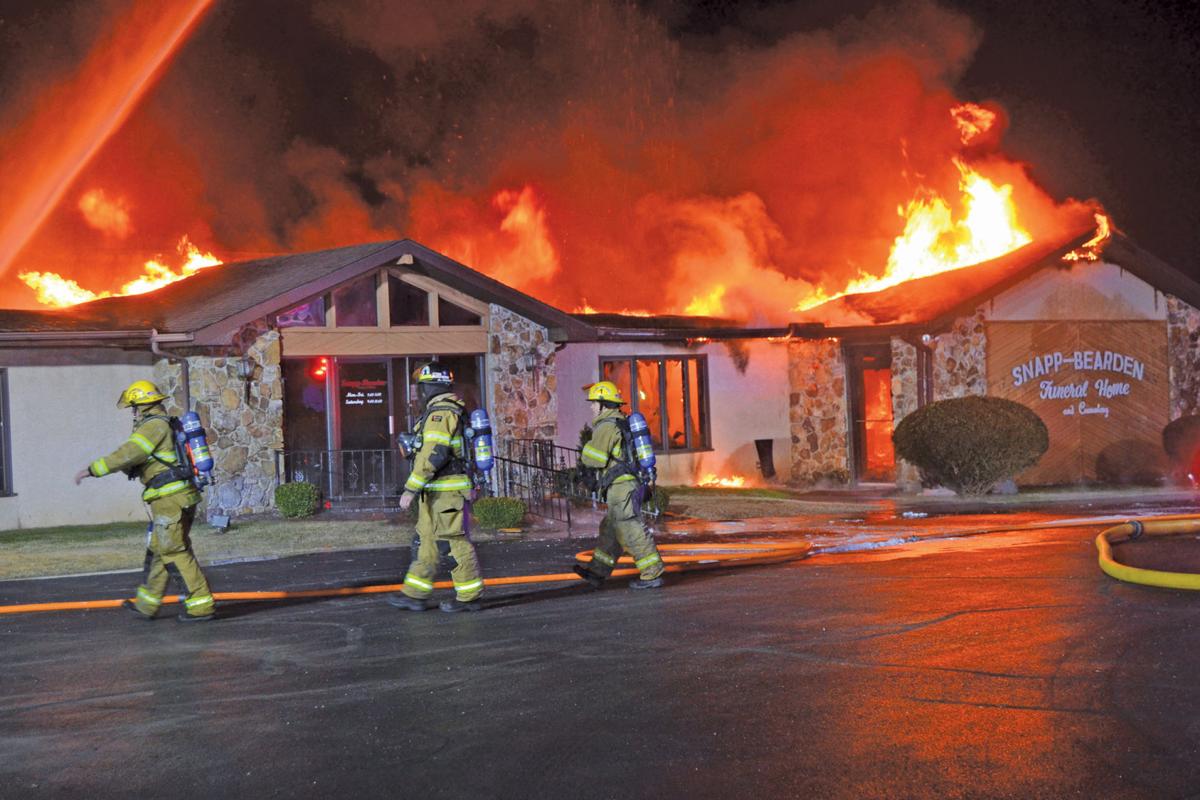 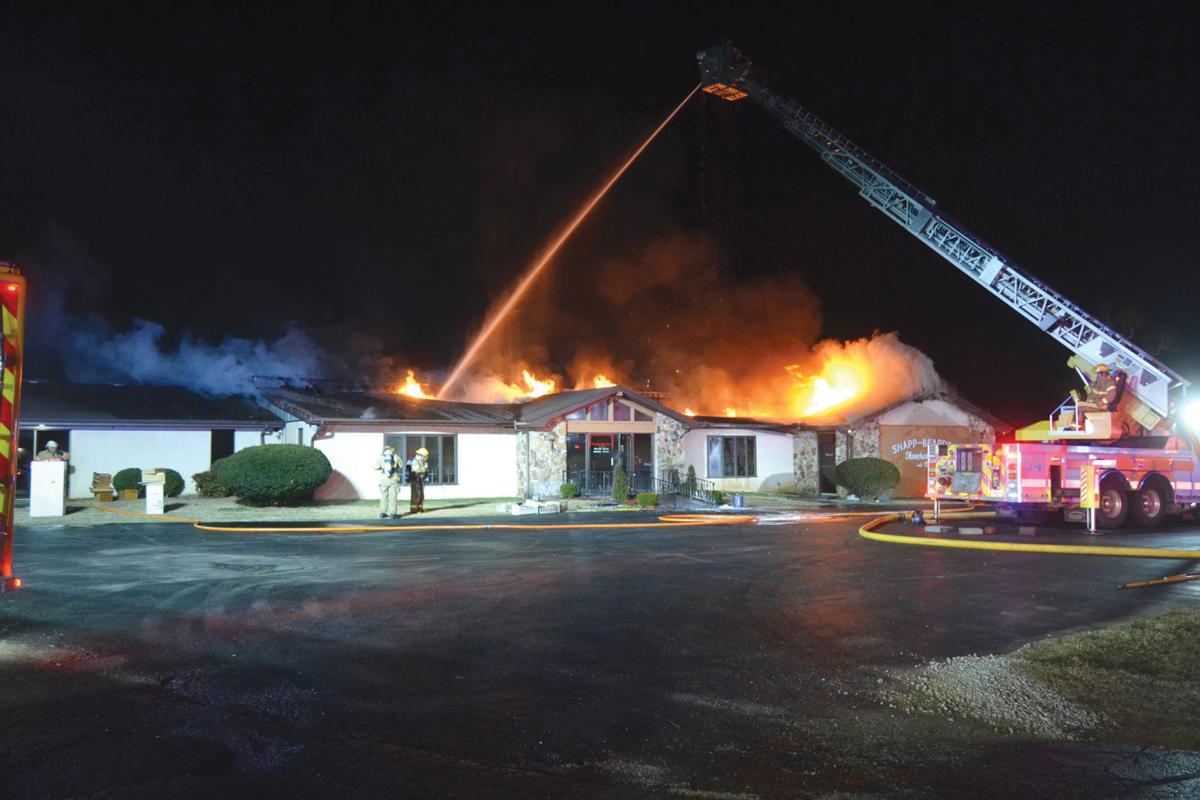 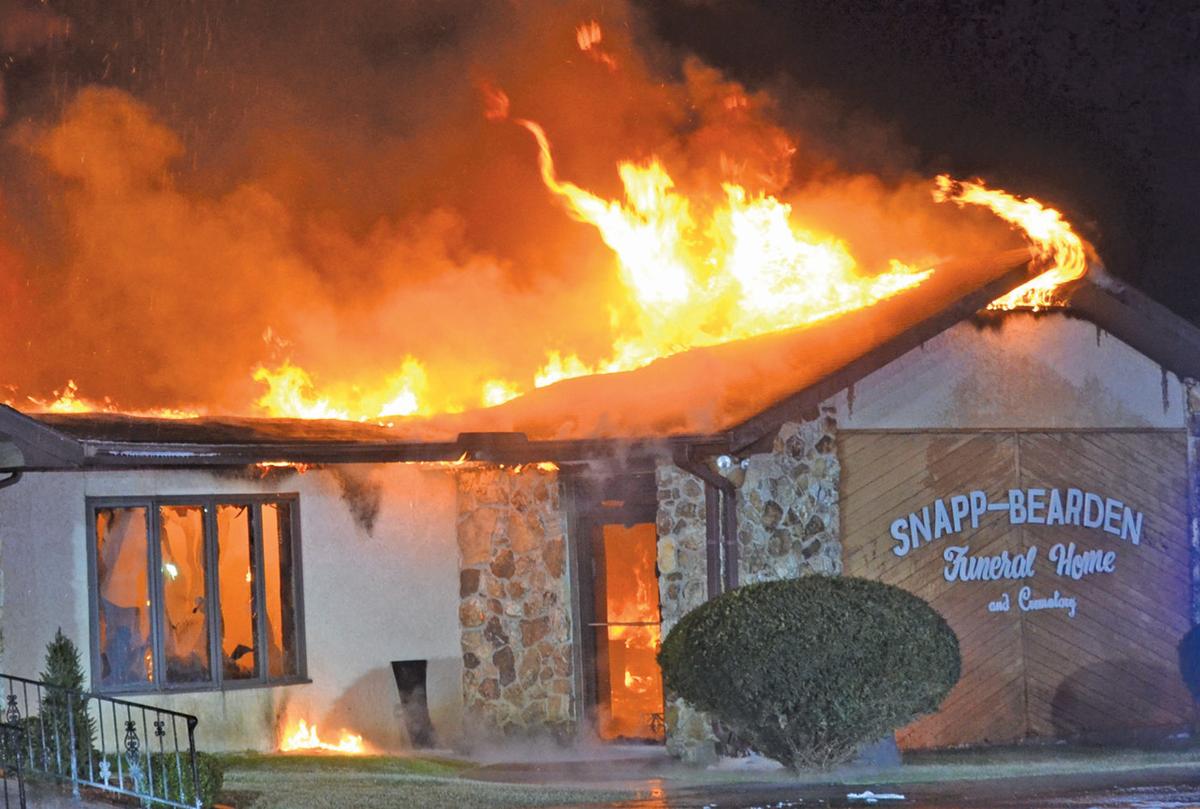 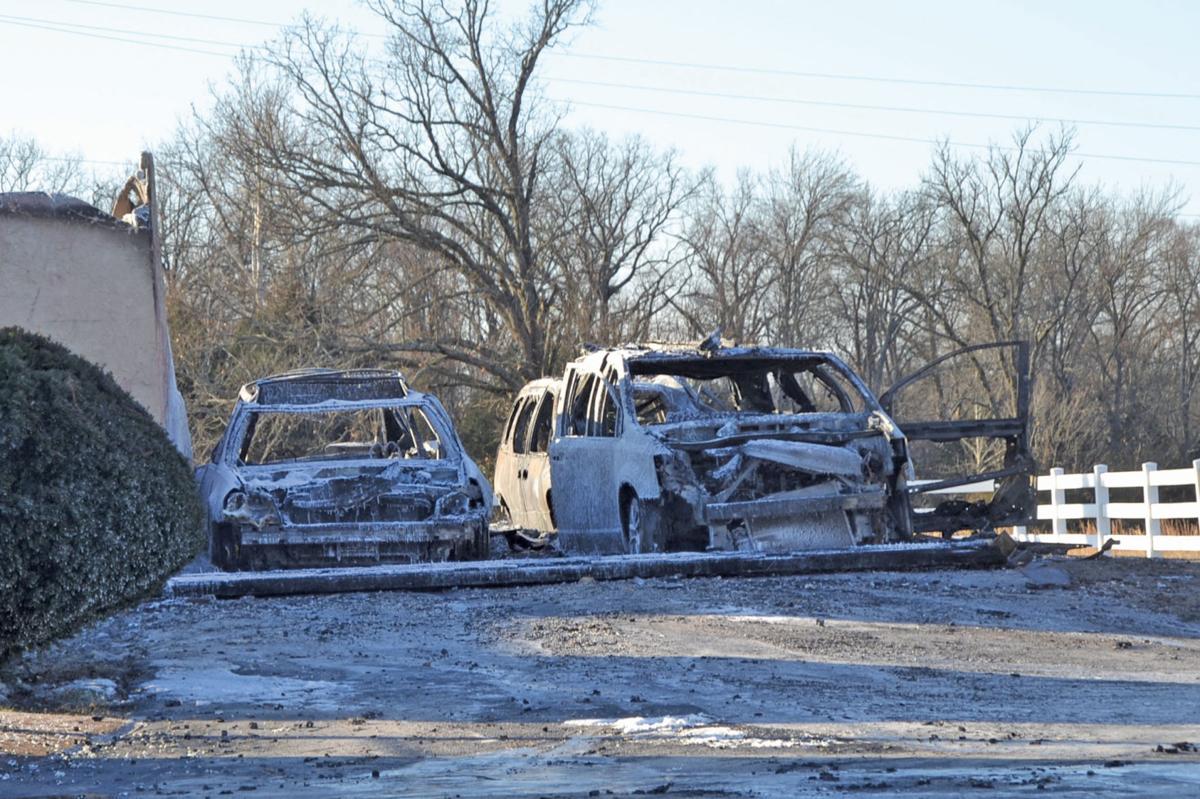 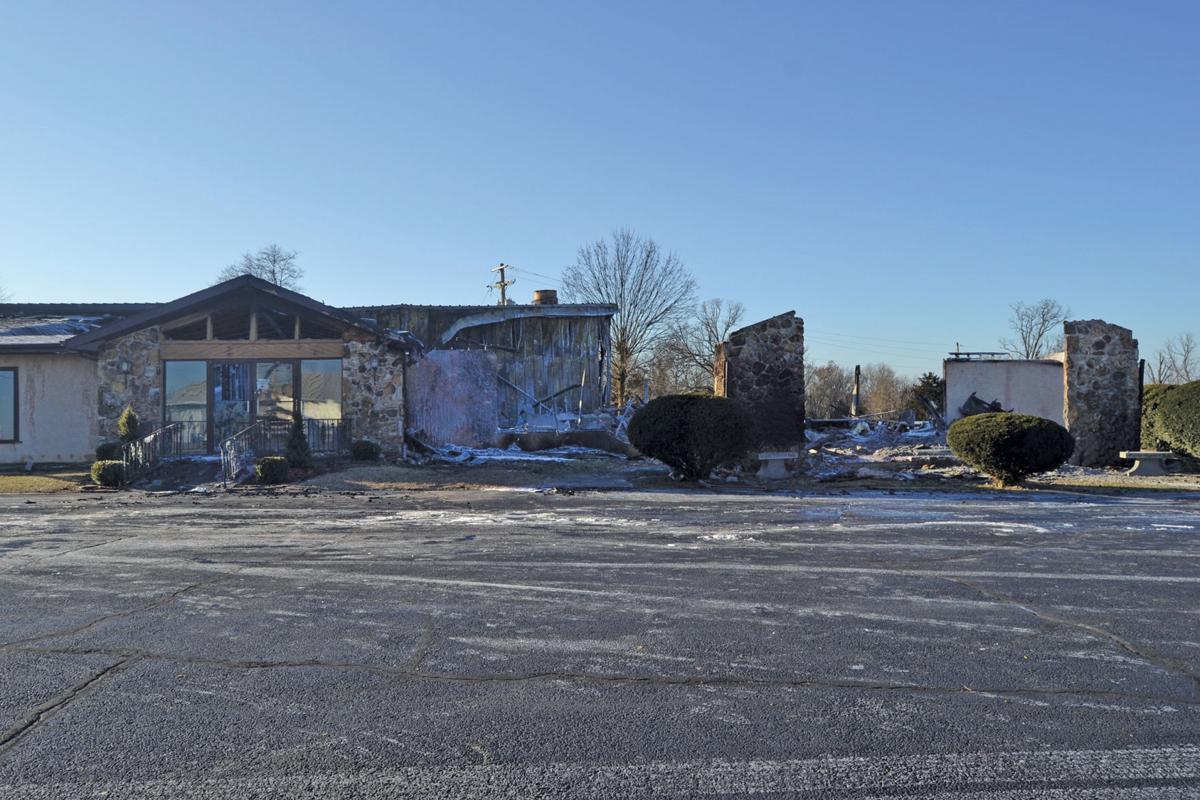 A total of 40 Western Taney County firefighters responded to a structure fire the evening of Feb. 13 at the Snapp-Bearden Funeral Home near Branson.

At approximately 9:40 p.m. fire crews were dispatched to the 1600 Block of East Highway 76 for a reported commercial structure fire. Western Taney County Assistant Fire Chief James Lannan said initial reports from dispatch were that several vehicles and the building were well involved with fire.

“Upon arrival, the first engine company also reported the same thing and that the fire was well into the attic structure. Crews were able to utilize the deck gun on our fire engine … to push the fire back a little bit, while additional crews were pulling hose lines and trying to gain access to the building,” said Lannan. “Crews were able to go into the building to try and fight the fire, but the fire had advanced so far into the attic that the conditions were becoming unsafe for the crews to remain, and they had to pull out. We utilized our ladder truck to knock down the fire and then we sent crews back in.”

While crews were working to extinguish the fire, Lannan said additional crews were also working in the office area, on the opposite side of the building.

“They were able to salvage and recover several very important business files and other documents that were needed by the owners of the building,” Lannan said. “Crews wrapped up about 3 o’clock this morning. All in all, we had eight apparatus and almost 40 personnel from the fire district.”

There were also no injuries and no occupants inside the building at the time of the fire.

“I’m pleased to report that there were no services planned or being prepared for at the time of the fire.” Lannan said. “There was nothing being planned or prepared for, so that is a definite blessing right there. We’re extremely happy to report that, because we know that would have been tragic to a lot of folks.”

Lannan said that, on top of fighting the fire, crews were also battling the freezing temperatures.

“The conditions were slightly hampered due to the weather,” said Lannan. “We had temperatures down to the middle and low teens. In addition to that, wind chills were in the single digits, causing ice to form in paved areas and on the turnout gear of most of our firefighters.”

As of press time, the cause of the fire was under investigation, but Lannan said they do know where the fire started.

“The fire started underneath the car port. Inside of a vehicle or on a vehicle or under a vehicle. We’re not sure at this point,” Lannan said. “The Missouri Division of Fire Safety Fire Marshall’s Office is investigating, and anybody with any type of information should call the Missouri Arson Hotline at 1-800-392-7766. We are not stating that it’s suspicious in nature, but there were some individual reports of some things, and we want to make sure that all the information, from all the parties involved, is delivered to the correct location.

“We received some dispatch information that there may have been somebody walking away from the area at the time. However, we didn’t investigate any of that. All that’s being done by the Taney County Sheriff’s Office and Missouri Division of Fire Safety Fire Marshall’s Office.”

The building was heavily damaged by fire and is considered a total loss. Lannan said the department is thankful to their auxiliary and support staff who were able to set up a tent along with a warming center for crews. He added that substantial turnout from all the volunteer fire personnel made crew rotation possible, which allowed crews to take breaks in a warmed area before going back to work.

“We appreciate all the support from the community, that’s for sure. A lot of people sending prayers and thoughts to the owners and occupants, and that means a lot to us,” said Lannan. “It just goes to show you how strong the Branson community is and how willing they are to step up for their neighbors.”

From where I live, on a hill behind Sunfest Market, I could see fire trucks headed to the fire. I saw the glow of the fire. I went to my Mac and opened Facebook, where I immediately saw the Branson TriLakes News breaking news post about the fire, with a photo in the post, and another photo in the comments, both of the fire. As I read the comments, I noticed that one gal was upset to the point of profanity because she had not yet picked up her mother's ashes. I cannot think of a subtle way to say it, but I am curious if there were any bodies being prepared for burial and/or ashes of people's loved ones in the funeral home at the time of the fire? It only seems logical that there would be, but I don't wish to assume. My biggest concern last night during the fire was for the safety of the firefighters It was SO cold outside. Additionally, inside the building there were probably dangerous chemicals that are used to prepare bodies for burial. I was hoping and praying that no toxic fumes would escape and harm firefighters. I am very happy and thankful to know that no firefighters were injured, and that no one was inside at the time of the fire. I certainly hope and pray that, if it was caused by arson, those responsible for this horrible fire will be caught, prosecuted, and punished. God bless those who own and operate the funeral home. May He give them peace and complete restoration, in Jesus' name.

I thank you for your post and apologize for the late reply. As for whether there were remains of loved ones in the building at the time of the fire, the answer is yes. My husband's funeral was January 29th. I had his ashes at the funeral home and told them I would like to get them probably in March to take them to the Missouri veterans cemetery for interment. I do not know whether or not his ashes and those of others were in a secured area. I did not want to bother the owners of the funeral home Friday or over the weekend, as I knew that their task was insurmountable. I hope to find out if my husband's ashes where in a secured location. At this point I just feel like I have lost him for a second time. I too hope if this is indeed an arson, that the perpetrator(s) will be apprehended quickly.