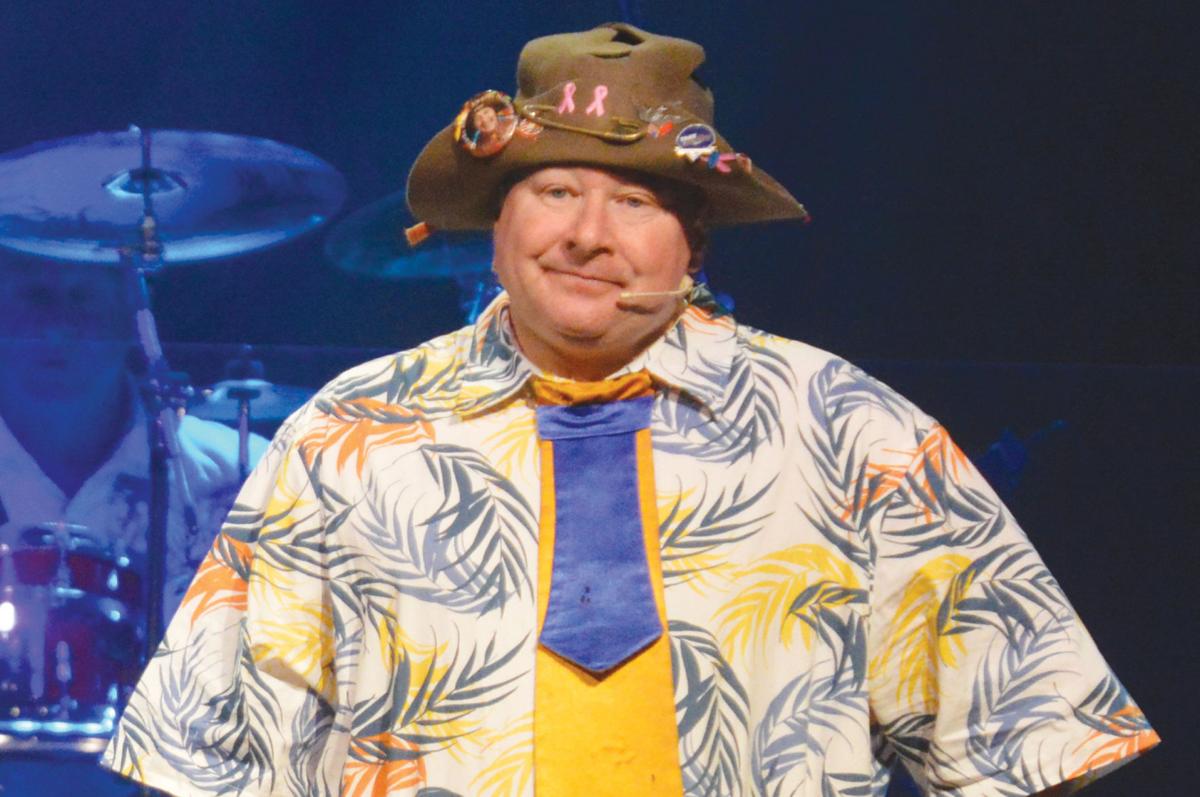 Tim “Droopy Drawers Jr.” Mabe is set to join the cast of “Ozarks Gospel” and “Ozarks Country” after departing the “Branson’s Famous Baldknobbers” show, of which he was a part of for nearly 40 years, late last week. 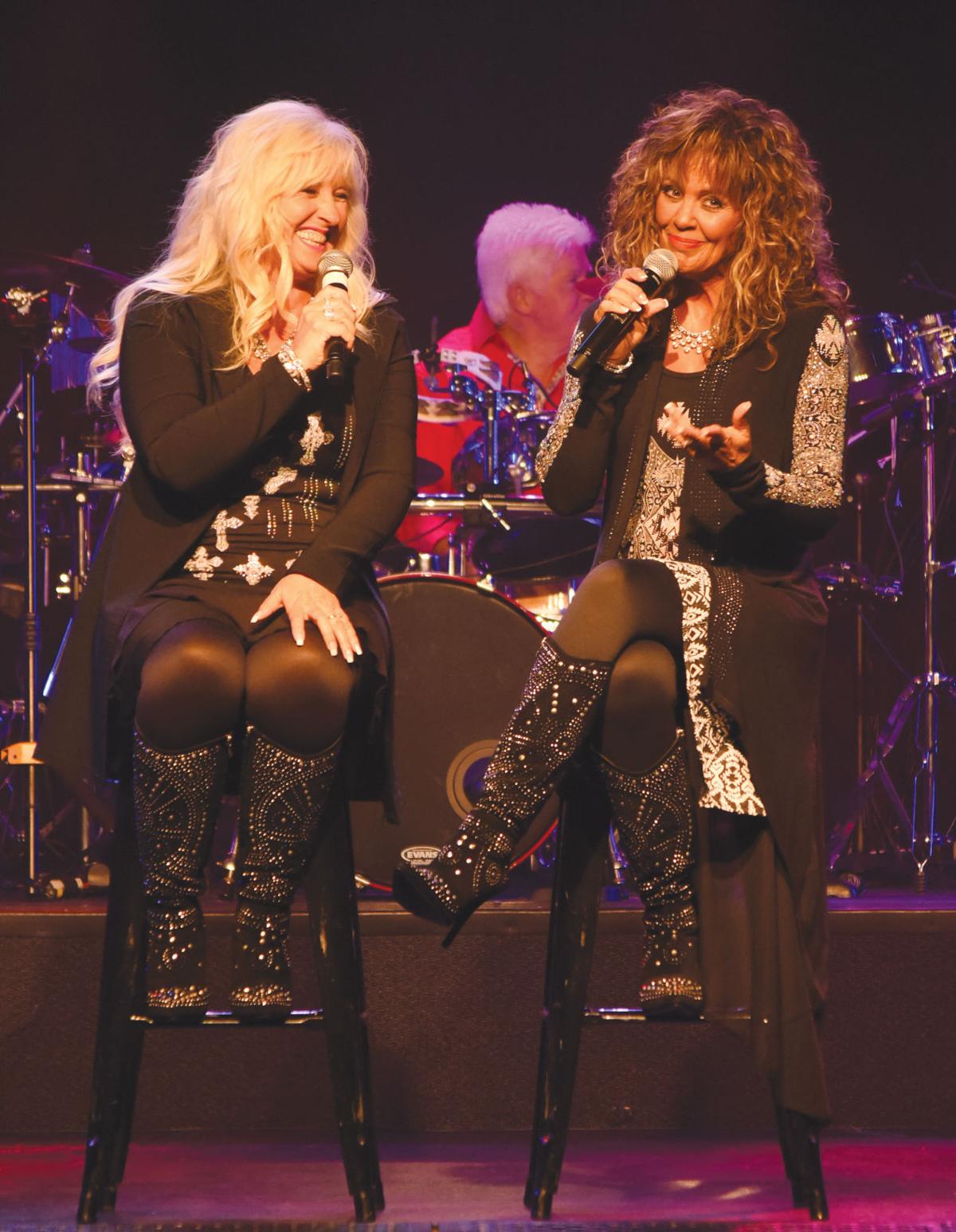 Tammy, left, and Tonya Bilyeu, will welcome their cousin Tim “Droopy Drawers Jr.” Mabe to the cast of the “Ozarks Gospel” and “Ozarks Country” shows are set to appear on “Branson Country USA” Friday night at Grand Country

Tim “Droopy Drawers Jr.” Mabe is set to join the cast of “Ozarks Gospel” and “Ozarks Country” after departing the “Branson’s Famous Baldknobbers” show, of which he was a part of for nearly 40 years, late last week.

Tammy, left, and Tonya Bilyeu, will welcome their cousin Tim “Droopy Drawers Jr.” Mabe to the cast of the “Ozarks Gospel” and “Ozarks Country” shows are set to appear on “Branson Country USA” Friday night at Grand Country

Less than a week after departing “Branson’s Famous Baldknobbers,” the folks at Grand Country announced Tim “Droopy Drawers Jr.” Mabe will join longtime Branson favorites Tammy and Tonya Bilyeu for their “Ozarks Gospel” and “Ozarks Country” shows every Sunday during the 2020 season. Both shows open March 1.

“After deciding to make this move, I realized that all three of us are on the same brainwave ... which might mean we’re a little bit challenged, so ya’ll best come check it out as soon as possible,” Mabe said in a release.

Mabe’s father Jim, along his brothers Lyle, Bob and Bill Mabe, started the “Baldknobbers” show, Branson’s first, in 1959. Tim Mabe joined the show in 1985 as a guitar player. Shortly after, he began performing as “Droopy Drawers Jr,” a character he played during the show until last season.

Even though Mabe is changing shows and venues, he won’t be too far away from his family. Sisters Tammy and Tonya Bilyeu, also Mabe’s cousins, grew up performing with their family on the “Baldknobbers Jamboree” for several years before spending16 years performing as the “Stutterettes” alongside Country Music Hall of Famer Mel Tillis.

“We’re excited to have our cousin, Tim Mabe, in the shows this year,” said Tammy Bilyeu. “Having traditional Ozarks’ comedy that ‘Droopy Drawers Jr’ brings to the stage is just one more way we can provide a unique entertainment experience for our visitors.

“It also feels right to be together on stage,” Tonya Bilyeu added. “All three of us performed in the ‘Baldknobbers Jamboree Show’ and have fond memories of that shared experience as well as admiration for the music and comedy passed down through the generations.”

As far as the shows themselves go, “Ozarks Gospel,” which takes the Grand Country stage each Sunday at 2 p.m., gives you everything you’d expect from a show with that name. With favorites like “I’ll Fly Away” and “Turn Your Radio On,” the “Ozarks Gospel” show is the “perfect thing” to do after Sunday lunch.

The “Ozarks Country” show, performed every Sunday evening at 7 p.m., celebrates some of the greatest country music of all time, with a few “contemporary” hits thrown in for good measure. The show has been called “A perfect way to put an exclamation point on any Branson weekend.”

During both shows, the comedy of “Droopy Drawers Jr” will be featured, as will the band, which includes Branson mainstays Jim Garstang, Todd Brumley, Garrett Massengale, Trent Dugger, and Tim Prososki, as well as featured male vocalist John Lance.

“We’d like to thank Glenn Robinson, Mike Patrick, and Andy Holloway for believing in the importance of keeping the laughter rolling and encouraging us all to reunite on stage,” Tammy Bilyeu said. “I believe our uncles and parents would approve of us cousins carrying on the family tradition of comedy and music.”

Both shows are set to return March 1.