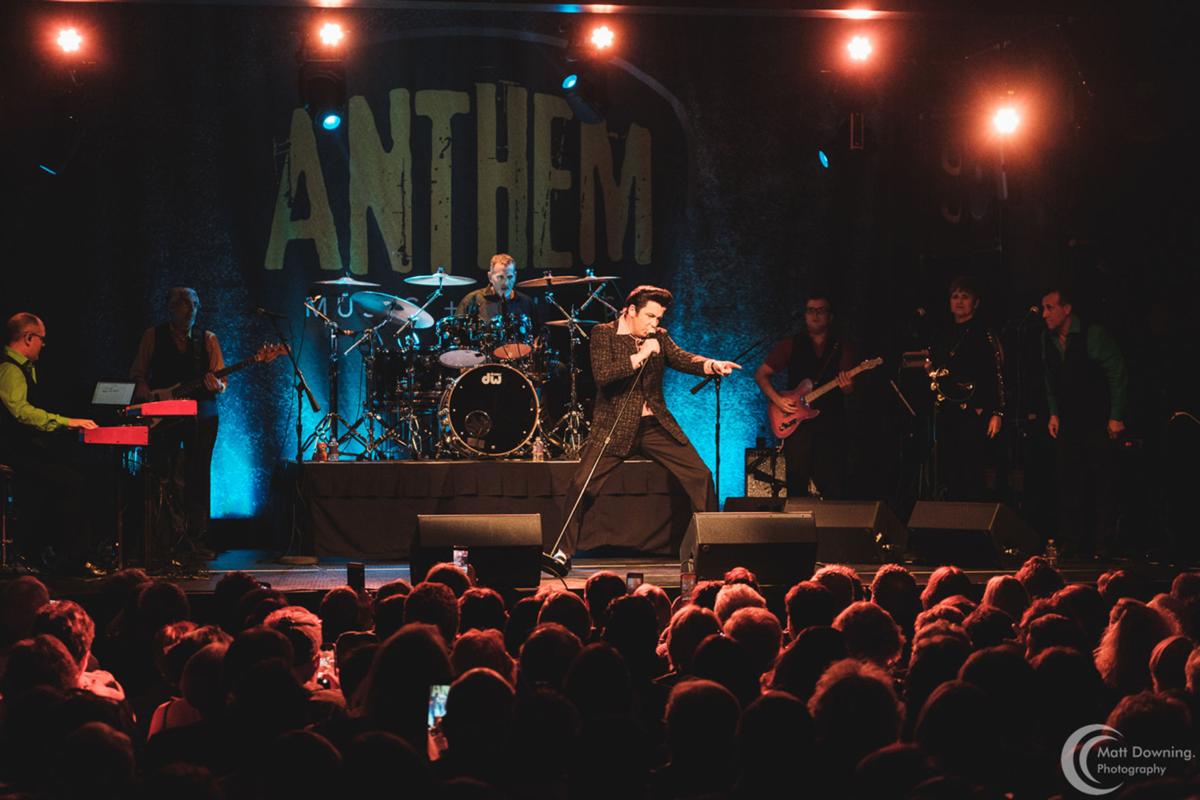 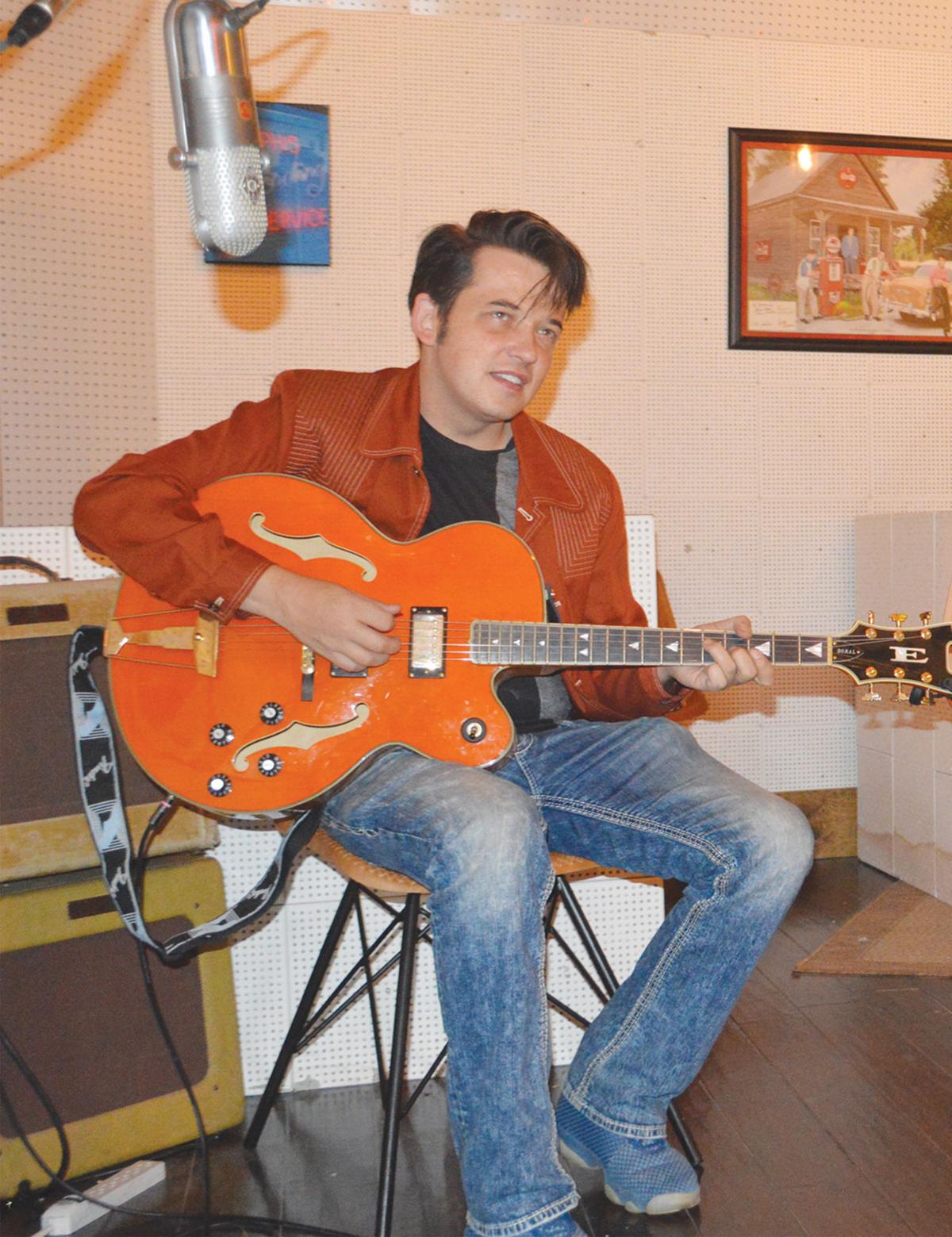 Cliff Wright records a tune at the Retro 56 Vintage Recording Studio in Branson, which he built, owns and operates.

Cliff Wright records a tune at the Retro 56 Vintage Recording Studio in Branson, which he built, owns and operates.

Residents of Ozark Mountain Country got one more reason to pay attention to the 2018 Ultimate Elvis Tribute Artist Contest as local entertainer Cliff Wright qualified for a berth in the semifinals after winning a qualifying contest in Sioux City, Iowa, last week.

“I went up to the Ultimate Elvis Tribute Artist Contest at the Hard Rock Casino in Sioux City, Iowa, last weekend in hopes I could qualify for the ‘Ultimate,’” Wright said. “I hadn’t been there in three or four years, and I figured the time was now. There was plenty of strong competition, but luckily after three rounds, the crowned me champion, and now I get to go to Memphis.”

The contest Wright won is one of several “satellite”  contests sanctioned by Elvis Presley Enterprises, Inc. The winners of those contests receive a prize package and travel to Memphis, Tennessee, in August for Elvis Week, where they will compete against other regional winners for the title of Ultimate Elvis Champion.

For the past three seasons, Wright has drawn rave reviews performing as “The Man in Black” Johnny Cash in the Welk Resort Theatre’s production of “Million Dollar Quartet.” While many folks in the area know him for that role, Wright actually got his start performing as an Elvis Tribute Artist, or ETA.

When he was 8, Wright and his family were moving across the country when their route took them through Memphis, Tennessee. That’s where he saw a billboard with Presley’s picture.

“Almost right after that, I heard my first Elvis song on the radio and by the time we made it to Alabama, I was already coloring my hair black,” he laughed.

Wright eventually grew up and became a musician, touring with a band that performed at Elvis contests and festivals. One night after a gig, Wright’s car broke down after he dropped off a buddy who was competing in the contest.

“It took ... days to get it fixed and a friend of mine who was in the contest suggested I try and make some extra money,” he said. “I told him there weren’t any gigs for guitar players on such short notice, and he said ‘no man, in the Elvis contest.’”

Even though he didn’t win, Wright said he began to develop a fan base and continued to compete in contests across the country, including the Ultimate Elvis Tribute Artist Contest.

Even though Wright has competed in the “Ultimate,” as they call it, “two or three times,” this one is much different.

“The biggest thing for me this time is having all that time on stage performing at ‘Million Dollar Quartet’ for the past three seasons,” he said. “It helped me to grow as a performer, and it also helped my stage presence. Even though I’m doing the ‘Cash’ role, I’m still on stage, I’m still getting comfortable. The more you do something, the more comfortable you are doing it.

“When I did the ‘Ultimate’ before, I just focused on trying to go in and sing, and not really try to do all the stage  choreography that Elvis did. I just sort of walked up there and tried to make something happen doing whatever I wanted to do, and man, it just don’t work that way. You’ve got to show up and be an ‘Ultimate’ performer if you want any chance of winning that competition.”

While Wright said he was hopeful he’d qualify for the “Ultimate,” he didn’t expect it to come in Sioux City.

“To be honest, I was planning on going and doing a couple of the other events, and I kind of wanted to use the Sioux City one to get me back in competition shape,” he laughed. “It just so happened I was able to take first place there, so now, the hard part really begins for me. I have to get in shape, I have to make sure whatever I’m doing is staying true to what Elvis was, as well as what Elvis still is in people’s hearts and minds.

“I have to be ready to give people the best representation of Elvis I possibly can.”

Before he can start his hardcore prepping for the “Ultimate,” Wright and the rest of the “Million Dollar Quartet” cast and crew will soon begin rehearsals for the 2018 season, set to kick off next month.

“I do need to thank everyone at the Welk Resort Theatre, and the cast and crew of ‘Million Dollar Quartet’ for standing behind me on this quest,” he said. “This is the second year we’ve had someone from our cast compete in the ‘Ultimate,’ (Tyler Hunter competed last year,) and I’m just so fortunate, and so blessed to be a part of all this. I’m not Elvis. I’m never going to look exactly like him of sound exactly like him, but I just want to do my best ... and no matter how it turns out, I’m honored to be able to help keep the legacy of Elvis Presley alive.

“Most importantly, thanks to God and Elvis Presley.“

Wright is also the owner, operator and creator of the Retro 56 Vintage Recording Studio, which features authentic instruments, amplifiers, recording equipment and microphones all in their original conditions.

The Branson Elvis Festival, which is home to another “Ultimate satellite qualifier” competition, is set for April 13-15 at Dick Clark’s American Bandstand Theater. The final rounds of the 2018 Ultimate Elvis Tribute Artist Contest will take place in August during “Elvis Week” in Memphis.