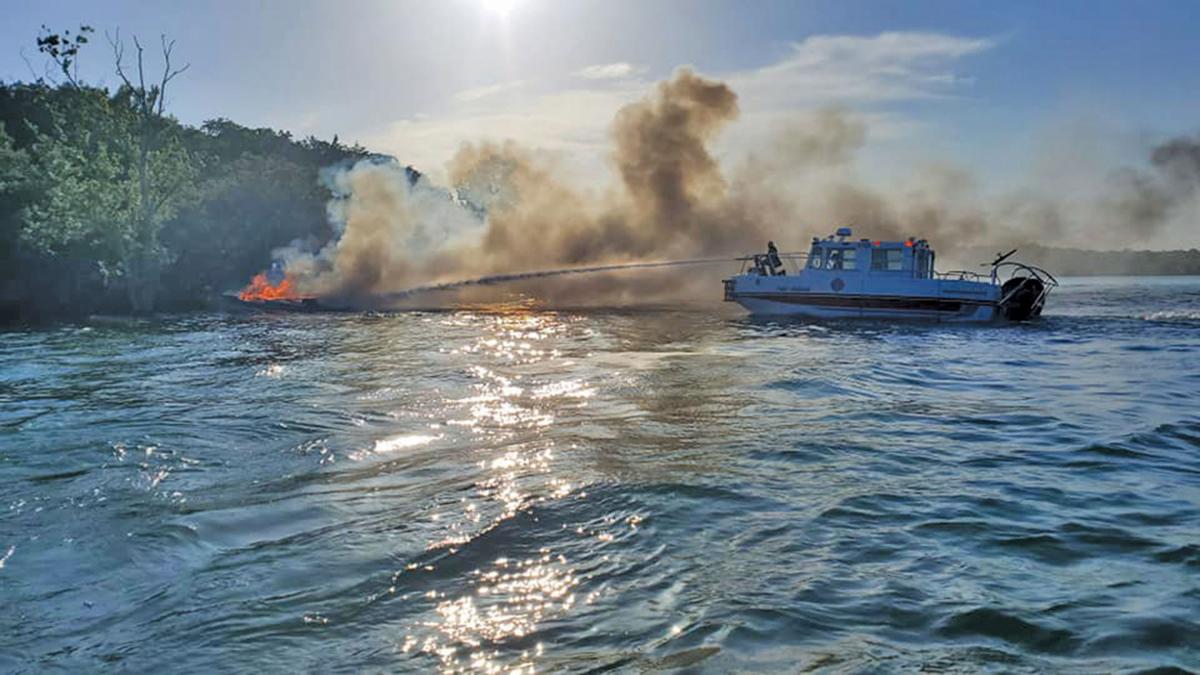 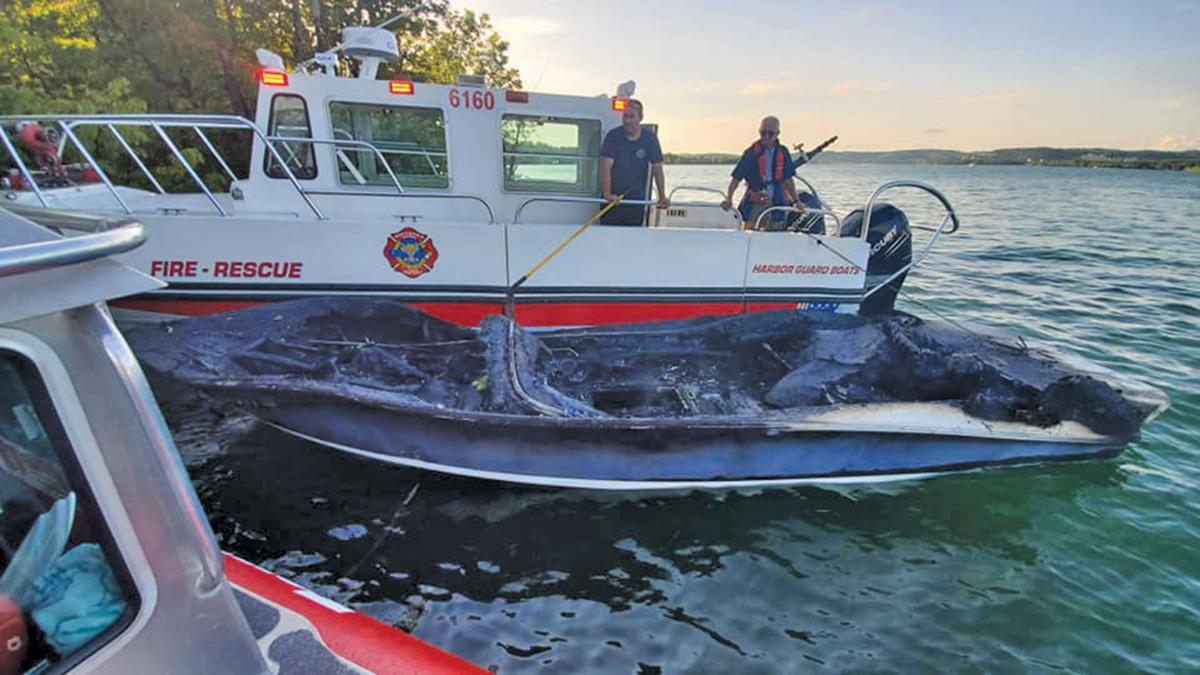 Southern Stone County Firefighters maneuver the charred, but still afloat, remains of the boat to shore for removal from Table Rock Lake

Southern Stone County Firefighters maneuver the charred, but still afloat, remains of the boat to shore for removal from Table Rock Lake

No injuries are being reported following a July 2 boat fire on Table Rock Lake.

“There were two occupants on board from the Oklahoma area. A bystander boat was able to get them to safety,” said Nielsen. “TowBoatUS was in the area. They assisted with moving the boat to the shore and their boat, in the process, sustained some damage. Our fireboat arrived and extinguished the fire.”

Nielsen said the cause of the fire is unknown at this time, but they do know it did originate in the engine compartment area of the boat.

In a Facebook post, TowBoatUS Table Rock Lake said, “My boat on the other hand is going to need a little TLC. It gets really hot sometimes pushing them up to the bank. Most of all I thank God everyone is OK.”

TowBoatUS also thanked Indian Point Marina in the post for being the ones who got the occupants of the boat fire, onto one of their pontoon rental boats.