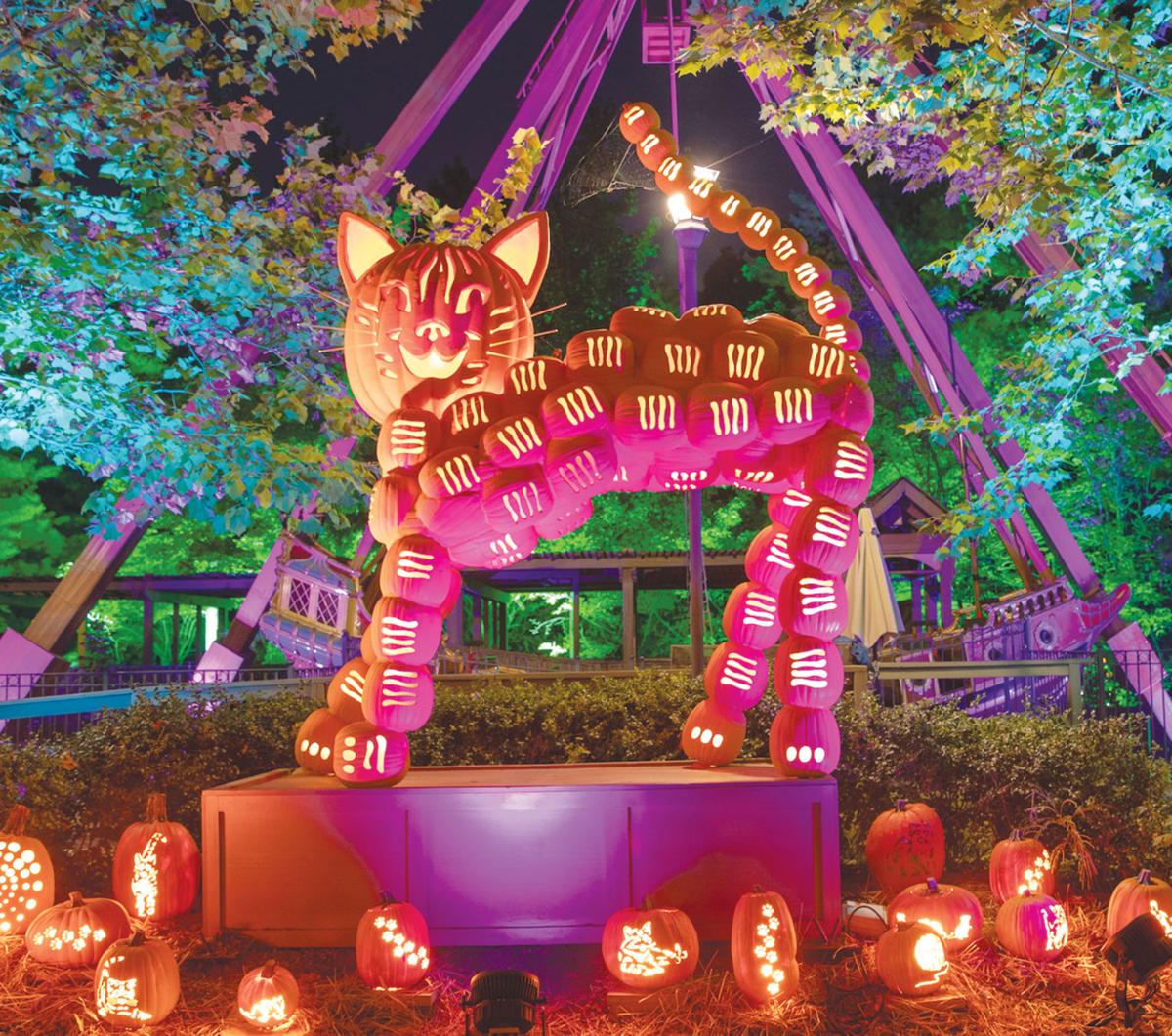 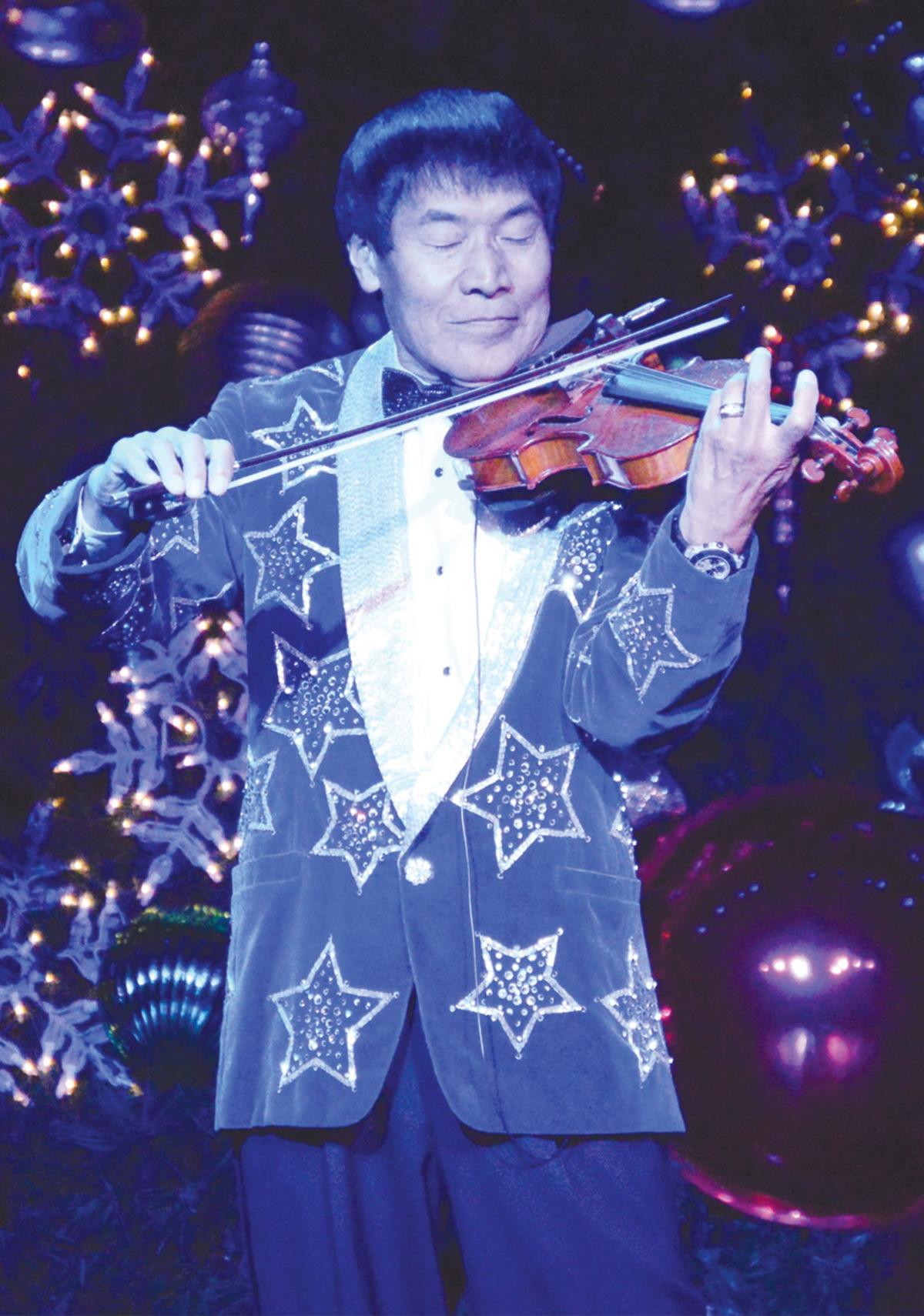 Once the sun goes down, the park shifts its focus from “Craft Days,” to “Pumpkin Nights.” This new event transforms Silver Dollar City into acres of towering carved sculptures, including giant scarecrows, cats, owls, totem poles – even a nearly three-story Pumpkin Greeter.

The Grand Exposition area will serve as “Pumpkinland,” as well as lead the way to more pumpkin fun.

The new Pumpkin Pathway leads to the never-before seen Pumpkin Plaza with glow-in-the-dark black light dance parties and fall activities. Even though the new “Pumpkin Nights” event, which represents a more than $2 million investment.

On top of all that, for the first time ever, the park will see extended fall hours of 9 p.m. weekdays, and 10 p.m. on weekends this fall. Most rides will be open, weather permitting.

Milsap at the Mansion Saturday

Some of Milsap’s biggest crossover hits include “It Was Almost Like a Song” “Smokey Mountain Rain,” “(There’s) No Gettin’ Over Me,” “I Wouldn’t Have Missed It for the World,” “Any Day Now,” and “Stranger in My House.” After a lifetime of performing country music, Milsap was selected for induction into the Country Music Hall of Fame in 2014.

Well Loyal Reader(s) the weather has finally cooled off, and in Ozark Mountain Country, that means it’s “beginning to look a lot like Christmas,” especially at the Clay Cooper Theater, where  Shoji Tabuchi, one of Branson’s most identifiable artists, his daughter Christina Lingo-Tabuchi, and their full cast will open their Christmas show Monday night at the Clay Cooper Theatre.

From the time you walk into the theater until the curtain closes, you are completely immersed in the “Shoji Experience.” There isn’t anything you see or hear that doesn’t add to the Christmas vibe.

The Tabuchis have produced an experience that starts with a bang and only gets bigger and better. Really, it is all killer and no filler.

Friends and neighbors, I have seen dozens and dozens of Christmas shows throughout the years, but I have never seen people so thrilled and enthralled by their experience they literally dance in the aisles during the show.

There’s a reason why this has been one of the biggest and best shows in Branson for more than 20 years, and this is Shoji, Christina and the entire cast and crew at their best.

“The Shoji Tabuchi Christmas Show” is set to open Monday night and run through Dec. 21, with 2 or 7:30 p.m. showtimes, depending on the day.

According to a release, the venue “transforms into a beautiful holiday spectacle including a full-scale living Nativity, holiday decor, seasonal music, a Santa Claus sighting and a fabulous four-course holiday feast.”

“Christmas at Dolly Parton’s Stampede” will also feature “Adagio On Ice,” which stars world-renowned ice skaters who are appearing exclusively at this Branson show.

This Christmas spectacular also features a seasonal twist with a friendly rivalry between the North and South Poles, equestrian feats, music, comedy and audience participation. Families will also enjoy the “Magic of Toys” musical production starring the “Sugar Plum Fairy” as she brings the toys to life in an aerial display set to “The Nutcracker Suite.”

Of course, no Christmas would be complete without an appearance by  Jolly Old St. Nick, who arrives in his sleigh as the Stampede’s arena is transformed into a winter wonderland of fresh fallen snow. Guests will be awed by the birth of Jesus portrayed in a living nativity with Mary, Joseph, the three wise men atop real camels, and shepherds leading donkeys and their flock of sheep.

As always, Carriage Room pre-show including some of the season’s best music, comedy and family entertainment by three talented brothers, The White River Wranglers.

“Christmas at Dolly Parton’s Stampede” kicks off Thursday, and will run through January 4, 2020.

The 15-year-old prodigy has been attracting national attention since she was nine years old, with appearances on “The Today Show,” NBC’s “Little Big Shots,” “Pickler & Ben,” and elsewhere, including 14 performances at the Grand Ole Opry in Nashville, as well as performances at major festivals like CMA Fest and MerleFest.

Rolling Stone named her among “10 New Country Artists You Need to Know.”

According to a release, her new album deals with “subjects including domestic violence, mass murder, dysfunctional families, political corruption and freedom in America.”

“The album is about working through different types of conflicts,” the performer said. “I’m just voicing my opinion about what I see going on in the world, but hopefully in a way that won’t offend. I’m looking at problems and trying to make something beautiful out of them.”

The first single released to radio is called “Crimson Moon.” In 2018, Emi Sunshine made her motion picture debut in the Grammy-nominated Elvis Presley documentary film “The King” alongside Rosanne Cash, Emmylou Harris, Ashton Kutcher, Alec Baldwin and other stars. She wrote two songs for the movie, and also performed at the movie’s premiere at the Cannes International Film Festival.