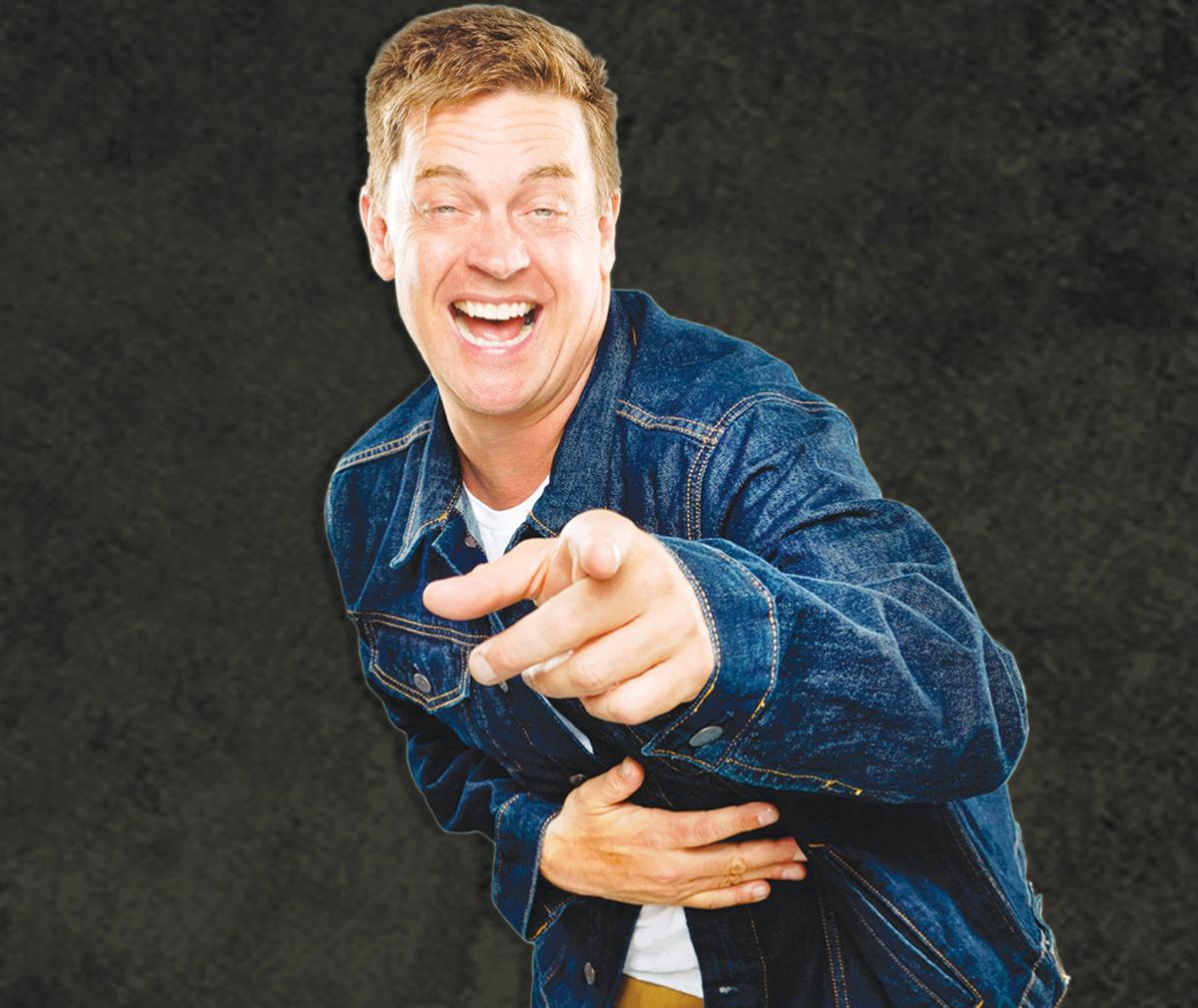 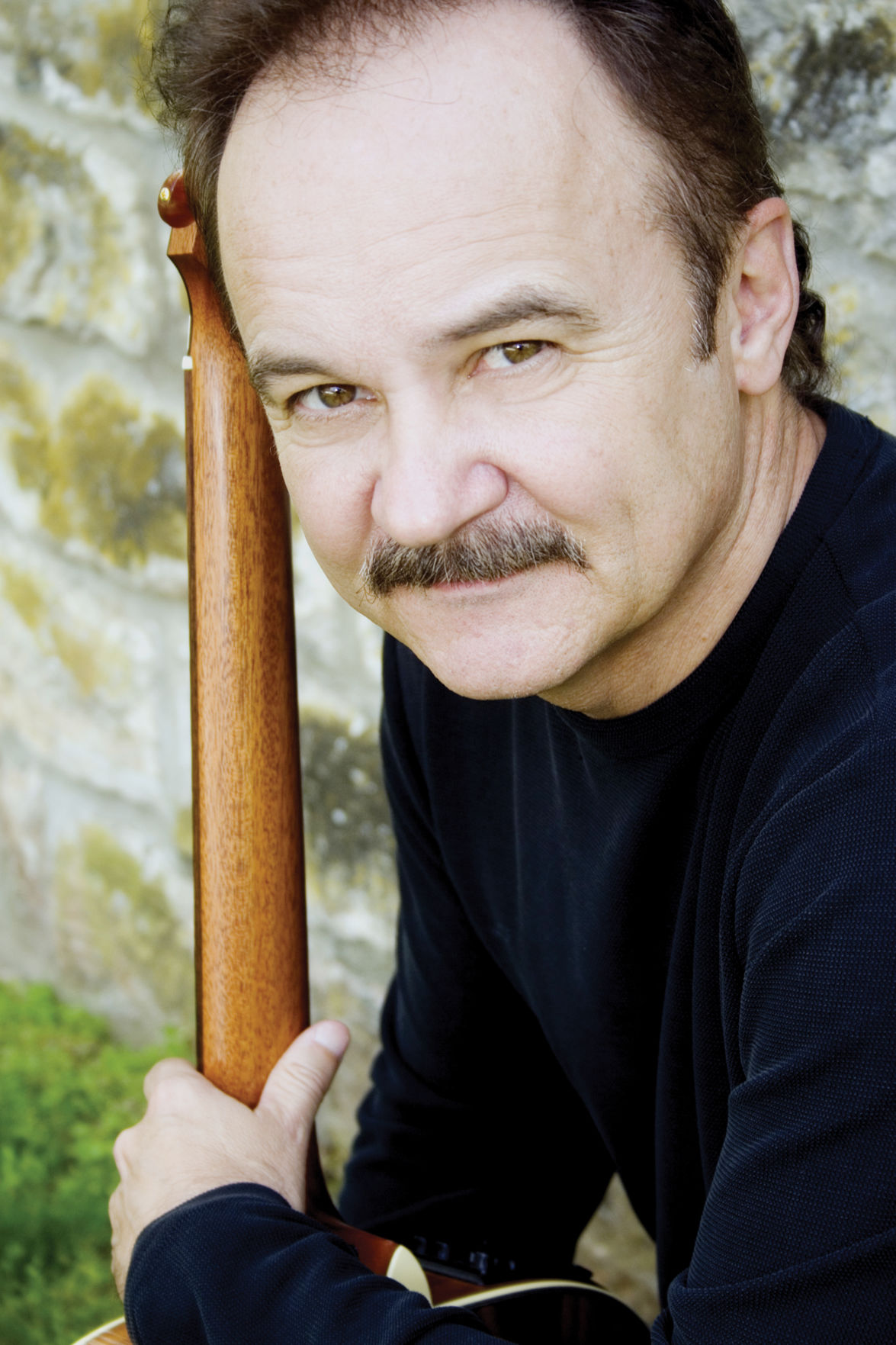 Jimmy Fortune will perform at “Larry’s Country Diner” next week at the Clay Cooper Theatre. 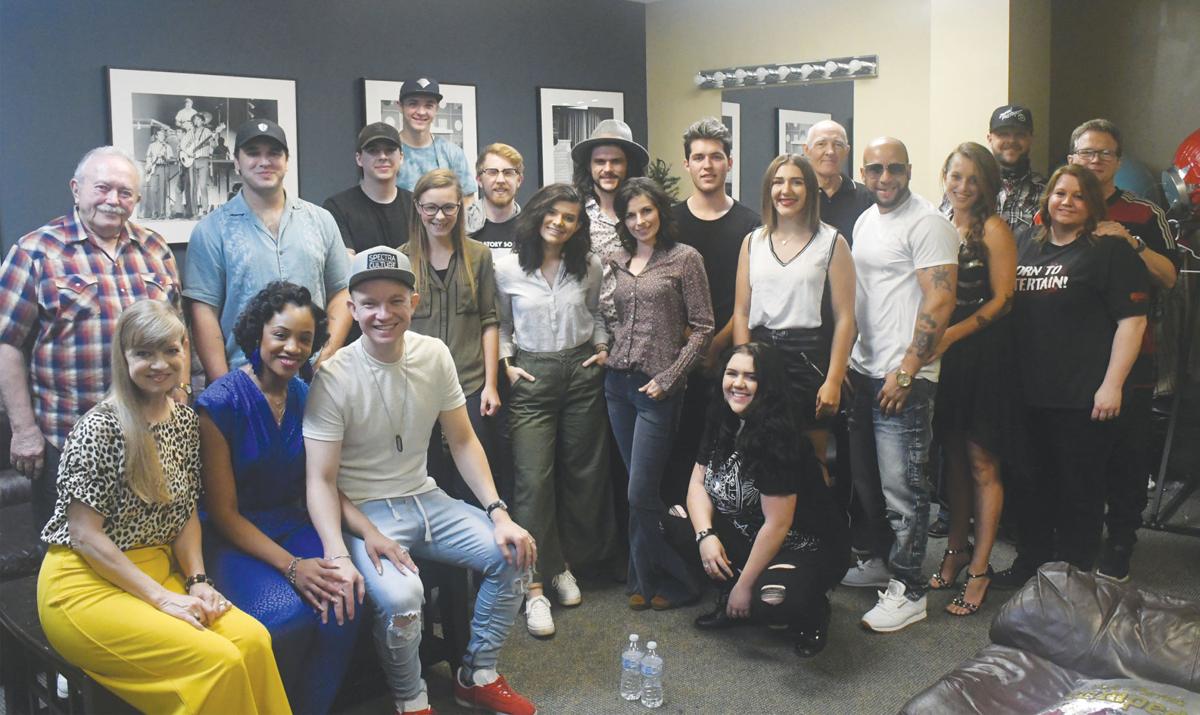 Jimmy Fortune will perform at “Larry’s Country Diner” next week at the Clay Cooper Theatre.

The folks at Up Close Concerts are gearing up for their first big show of the fall as stand-up comedian, actor and “Saturday Night Live” alumni Jim Breuer will headline Dick Clark’s American Bandstand Theater Sunday at 7 p.m.

I chatted with the New York-bred Breuer, who is making his first trip to Branson, and as soon as I mentioned this area thrives on outstanding live music, he got excited.

“I saw the Oak Ridge Boys probably four times as a child,” he said. “Almost every year in the late 70s and early 80s they would come to Long Island my family would go. They played Westbury Music Fair. I saw Johnny Cash there too, so I get it, and I’m in.”

As it turns out, music is quite the passion for the man who was named one of Comedy Central’s “100 Greatest Standups of All Time.” In fact, he recently finished a stint on the  road opening for Metallica, his favorite band of all time.

“I love hard rock, and really anything with high energy, melodic and thought-provoking lyrics, that’s what gets me charged up,” he said. “I can listen to it over, and over, and over. It’s Metallica now, years ago it was System of a Down, and if I want to have a good time, it’s ACDCish. I’m also into classic rock, mellow rock.

“I meditate to Indian flute music, so it all depends on my mood. But to get me amped up, It’s Metallica.”

Long before getting the chance to open for his favorite band, Breuer started performing stand up in 1989. A few short years later, he came to national attention on “Saturday Night Live,” appearing on the show from 1995-98, alongside Norm McDonald and Will Ferrell. During his “SNL” tenure, Breuer’s most popular characters were “Goat Boy” and Joe Pesci.

After finishing at “SNL” run, Breuer appeared in the cult classic stoner comedy flick “Half Baked,” starring Dave Chappelle. Many other film and TV credits followed, but he eventually returned to his roots and became more focused on his stand up career early in the new millennium

His Comedy Central specials “Hardcore” and “Let’s Clear The Air”are some of the highest rated comedy specials in the network’s history. His 2015 special  “Comic Frenzy” is currently available on Amazon Prime. Breuer said it was during this time he “came out” as a dad, which resulted in him cleaning up his act and focusing on the “fun and foibles” of family life.

“I love everything I’ve ever done, I love what I do now, I love what I did years ago,” he said. “Every stage of my  life I feel like I was doing exactly what I was supposed to be doing. To be honest, I don’t do the Comedy Store, I don’t do the clubs or hit the cities. I live in a very rural area in the middle of New Jersey. You would think New Jersey is like ‘The Sopranos’ and all that, but I live where there’s bears and coyotes. I live in the woods, so I get all my material from living life.

“I never moved to L.A. That was not my scene, I am not a fan of the Hollywood scene, so I chose not to be in that world. That’s just me. I’m a family morals, blue-collar guy who stands on the corner, observes everything, then talks about it. Always been that way, so when I usually hit a town, I go walk around because I want to get to know everyone. I want to know who’s walking in there.”

Speaking of town, when asked what Branson could expect from Sunday night’s show, Breuer opted to tell me what we wouldn’t see.

“You will not see anything political, and you will not see anything news related, because when I hang out, I don’t want to hear any of that,” he said. “I want everyone hanging out. I’m talking all walks of life being able to sit down and laugh and get through an hour 15, hour and a half, without going ‘Oh, I wish he didn’t bring that up. I was a fan until he said that.’

“I can guarantee you, that’s the one thing you won’t have. As far as what you may have, well that’s far and wide.”

As to why folks should go see the show, Breuer sets the bar pretty high for himself.

“There’s a couple reasons, but most likely reason is you’ll never laugh harder at a live comedy event, that’s No. 1,” he said. “And No. 2, you’re going to kick yourself in the ass when you hear everyone else talking about the event and you weren’t there.

Visit upcloseconcerts.com for tickets and full list of upcoming shows.

Beginning Monday, the cast of “Larry’s Country Diner Live,” a stage show presentation of the popular RFD-TV show which draws more than 1.5 million viewers every week, will call Branson’s Clay Cooper Theatre home for their fall run, which runs through Friday.

This year’s lineup will kick off with country music hitmaker Gene Watson Monday. His biggest hits include “Love in the Hot Afternoon,” “Where Love Begins,” “Paper Rosie,” “Should I Go Home (or Should I Go Crazy),” “Nothing Sure Looked Good on You,” “14 Karat Mind,” “You’re Out Doing What I’m Here Doing Without,” and “Farewell Party,” which quickly became his signature song.

“The Queen of Bluegrass,” Rhonda Vincent, will visit the diner Tuesday. Vincent is a five-time Grammy nominee, Missouri native and regular Branson performer along with her band the Rage.

Vincent performs both bluegrass and country tunes, and has been in the business for nearly 40 years, recording as a featured vocalist on cuts by Dolly Parton, Alan Jackson, Tanya Tucker, and Joe Diffie.

I try to catch Mrs. Rhonda every time she’s in town, and rest assured, I’ll be there on Tuesday.

The Malpass Brothers return to Branson for the Wednesday “Diner” show. The brothers Malpass will perform tunes “steeped in the legacy of the Louvin Brothers, Johnny Cash, Marty Robbins, Hank Williams Sr.,” and many others.

Thursday finds former Statler Brother Jimmy Fortune taking the stage. Fortune toured, sang and performed with the Statler Brothers as a replacement for the ailing Lew DeWitt in 1982 and ended up singing tenor for the group for 21 years. Fortune also wrote several No. 1 tunes for the group, including “Elizabeth,” “Too Much on My Heart,” “My Only Love” and “More Than a Name on a Wall.”

The three other members of the group retired in 2002. Since then, he has continued an extensive performance schedule, as well as a working as a songwriter. Fortune has also released several solo albums.

Mo Pitney, a Curb Records recording artist who has been producing new music since 2014, closes things Friday. In addition to his own tunes, Pitney co-wrote several tunes with the likes of Bill Anderson and Bobby Tomberlin and many others.

‘Of Mice and Men’ at the Owen Theatre

Just a quick reminder, the folks at Forte Theatre Productions LLC and the Branson Regional Arts Council are continuing their performances of the classic “Of Mice and Men” at the Historic Owen Theatre Sunday and Monday.

Written by John Steinbeck, “Of Mice and Men” follows the journey of Lennie and George, two migrant field workers as they chase down their dream of a farm of their own.

Their relationship is unconventional as Lennie is a child-like man who doesn’t know his own strength, and George, his reluctant caretaker, feels the pressures of society to hide Lennie’s uniqueness.

This production features an immersive experience for the audience, as the cast will greet guests and sit with the audience during the performance where they will actively be a part of the production. Performances are 2 and 7 p.m. Sunday and Monday. The Monday matinee is set to be a special “talk-back performance” of the show. During the matinee, the actors will hit the stage after the play and answer questions from the audience.

Monday’s matinee event is being offered at a “student price for all” ticket.

The Branson Famous Theatre is set to play host to the 6th annual Branson Terry Music Awards, which kicks off Sunday afternoon.

The “Terry Awards” are the brainchild of Terry Beene, a Texas native and musician, who conceived the idea for the awards while working for a radio station in Fort Worth, Texas. Beene said after he discussed the Tony Awards on air, he jokingly announced he was going to be hosting the Terry Awards.

The interest from musicians across the state to be considered for an award led to the organization of an actual award ceremony, the Terry Awards, first held in June 1977. In 2014, Beene partnered with the late Chisai Childs to present the first Terry awards exclusively for Branson.

Here are a few nominees:

SHOW OF THE YEAR:

“Parrotville - A Tribute to Jimmy Buffett” at the Jim Stafford Theatre, “Grand Jubilee” at the Grand Country Music Hall, “Six” at the Hughes Brothers Theatre, “#1 Hits of the 60s” at the Clay Cooper Theatre, “New Jersey Nights” at the King’s Castle Theatre, and “The Duttons” at the Dutton Family Theatre.

ENTERTAINER OF THE YEAR:

The Haygood family from “The Haygoods,” Amber Campbell from “#1 Hits of the 60s,” Reza from “Reza: Edge of Illusion,” Billy Yates from “Billy Yates’ Hit Songwriters in the Round,” Rick Thomas from “Rick Thomas: Mansion of Dreams,” and the Hughes Brothers from “The Hughes Music Show.”

COMEDIAN OF THE YEAR:

FEMALE VOCALIST OF THE YEAR:

MALE VOCALIST OF THE YEAR:

VOCAL GROUP OF THE YEAR:

Congrats to the guys in Prince Ivan, Brydon Brett and Aaron Ellsworth, as well as the whole crew on another awesome show.