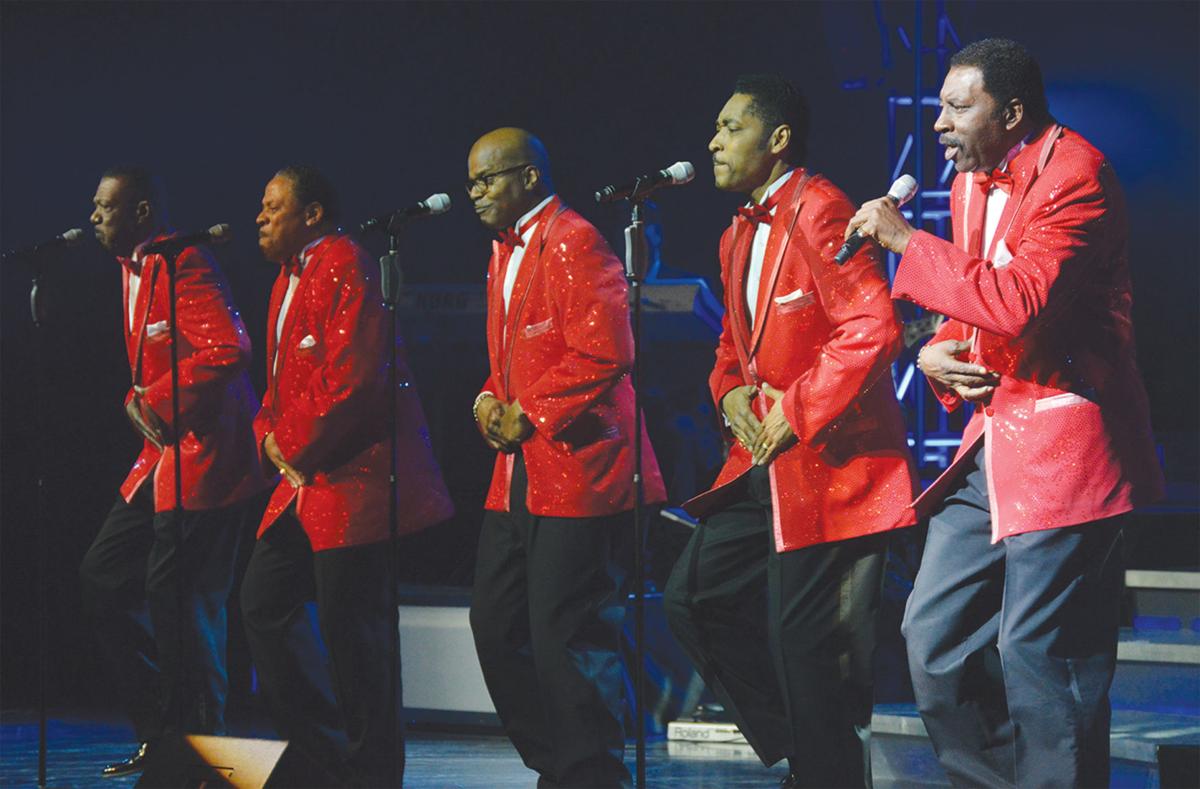 Nate Evans, far right, and his tribute to the Temptations is back at the “Legends in Concert” show, which opens Saturday night at Dick Clark’s American Bandstand Theater. 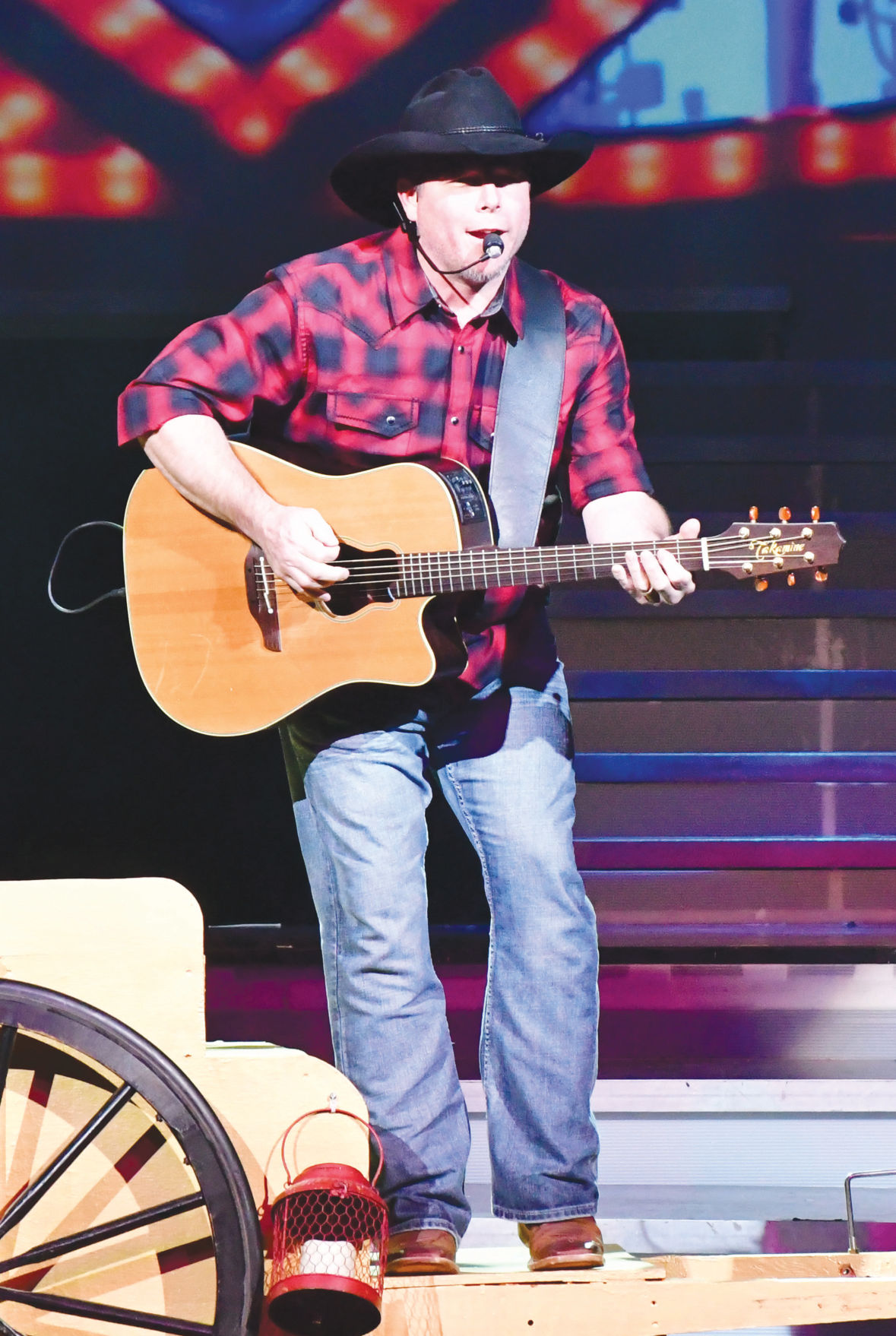 Shawn Gerhard brings his tribute to Garth brooks back to the “Legends in Concert” stage Saturday night when the show unveils its 2020 lineup.

Nate Evans, far right, and his tribute to the Temptations is back at the “Legends in Concert” show, which opens Saturday night at Dick Clark’s American Bandstand Theater.

Shawn Gerhard brings his tribute to Garth brooks back to the “Legends in Concert” stage Saturday night when the show unveils its 2020 lineup.

Since “Legends” features numerous acts in the show, they change cast members four times a year, resulting in a lineup tailor-made for each season.

The first set will cover the “movie years,” while the other highlights Presley’s “Las Vegas years.”

Pelton is an international, award-winning Elvis Tribute Artist, E.T.A., who was declared the “World Champion” when he won the Worldwide Images of the King Contest in 2001. Pelton has performed all over the world, from casinos to fairs, theaters to festivals, production shows to professional sports arenas.

In 2013, Pelton was offered the lead role in a Hollywood film called “The Identical.” He took on the screen name of “Blake Rayne” for the film, which also starred Ray Liotta, Ashley Judd, and Seth Green.  The film, which won the audience choice award for best film at the Nashville Film Festival, opened in theaters in 2014, and pops up on Netflix from time to time.

Pelton has also appeared in an all-Elvis version of the TV show “The Weakest Link,” an international commercial for Volvo, was the featured E.T.A. in a special collector’s “Elvis Edition” of TV Guide, and was the body double for Elvis as he performed a duet of “If I Can Dream” on “American Idol” with Celine Dion, and played the role of Elvis in the Dakota Fanning move “Hounddog.”

Joining Pelton is Shawn Gerhard performing his tribute to Garth Brooks. Gerhard started performing in the 90s when country music was being redeveloped from newcomer Garth Brooks. Inspired by Brooks, Gerhard began opening for some of country music’s biggest stars, including Alan Jackson, Brooks & Dunn, Tim McGraw, and more.

This is Gerhard’s third trip to Ozark Mountain Country, and when he isn’t here, he has his own touring show “The Ultimate Garth Brooks Tribute.”

Also back this season is the tribute to The Temptations featuring Nate Evans and his group, one of the most popular “Legends” acts.

Evans was the former lead singer of the Rock ‘n’ Roll Hall of Fame inductees the Impressions, and was specially selected by original Temptations lead singers Eddie Kendricks, David Ruffin, and Dennis Edwards to join the group.

Following the passing of these original members, Evans now leads this  tribute performance. Their set is filled with songs from the library of one of the greatest Motown acts of all time, as well as those famous “Temp moves.”

From Feb. 1-11, local favorite Todd Bradshaw returns to the “Legends” stage with his Kenny Chesney Tribute.

Then one day he sang a country song at a wedding, and he realized he was hooked.

During his college years, Bradshaw performed at Worlds of Fun in Kansas City, and eventually graduated from Northwest Missouri State University with a Bachelor of Science degree in Geography, as well as an Economic Development minor.

He soon set his sights on Branson, and over the years, has taken the stage as part of the “Shoji Tabuchi Show,” “Lost in the Fifties,” the “Sundown Jubilee” at Silver Dollar City, as well as a 10-year stint with “Grand Jubillee” and “Comedy Jamboree,” as well as “Branson’s Famous Baldknobbers.”

The spring lineup will be featured through May 19.

The “Summer run” kicks off May 21, and will again feature Pelton as Presley, as well as a tribute to “The Blues Brothers.” Other tribute acts featured this summer are Doug Brewin and Larry Turner as Brooks and Dunn, Tina Dawn as Taylor Swift through July 31, and a tribute to the “King of Pop” Michael Jackson. A special tribute to Aretha Franklin will join the lineup Aug. 1 through Sept. 8.

The “fall run,” which again features Pelton as Presley, as well as a tribute to “The Blues Brothers,” will also see Paul Eve return as “The Man in Black” Johnny Cash, Sharon Owens as Barbara Streisand, and the Branson return of Daryl Wagner, who performs as Liberace. The “fall run” will wrap Oct. 31.

The “Christmas run,” again featuring tributes to Elvis Presley and the Blues Brothers, will see the return of a tribute to Aretha Franklin, as well as Robbie Howard returning as Frank Sinatra, and Todd Bradshaw as Kenny Chesney. As always, “Legends in Concert” will also feature a “New Year’s Rockin’ Eve Show” Dec. 31, before wrapping next season Jan. 2, 2021.

2020 will also see “Six,” often called an “orchestra of human voices,” join the Bandstand lineup. The brothers of “Six,” Barry, Kevin, Lynn, Jak, Owen and Curtis Knudsen, have been performing a cappela tunes for more than 40 years, and perform pretty much every kind of music one could think of, along with all kinds of interesting special effect sounds using only their voices.