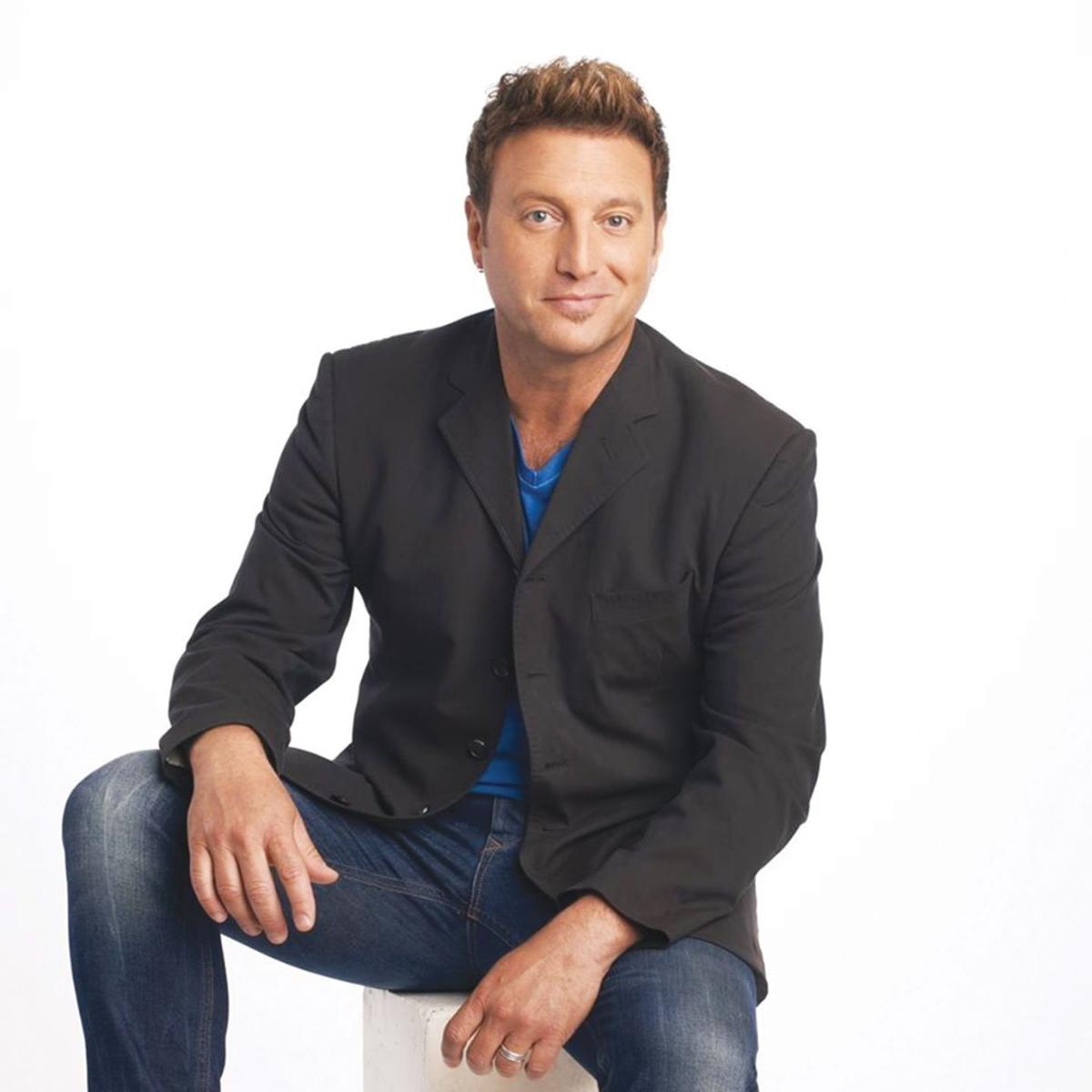 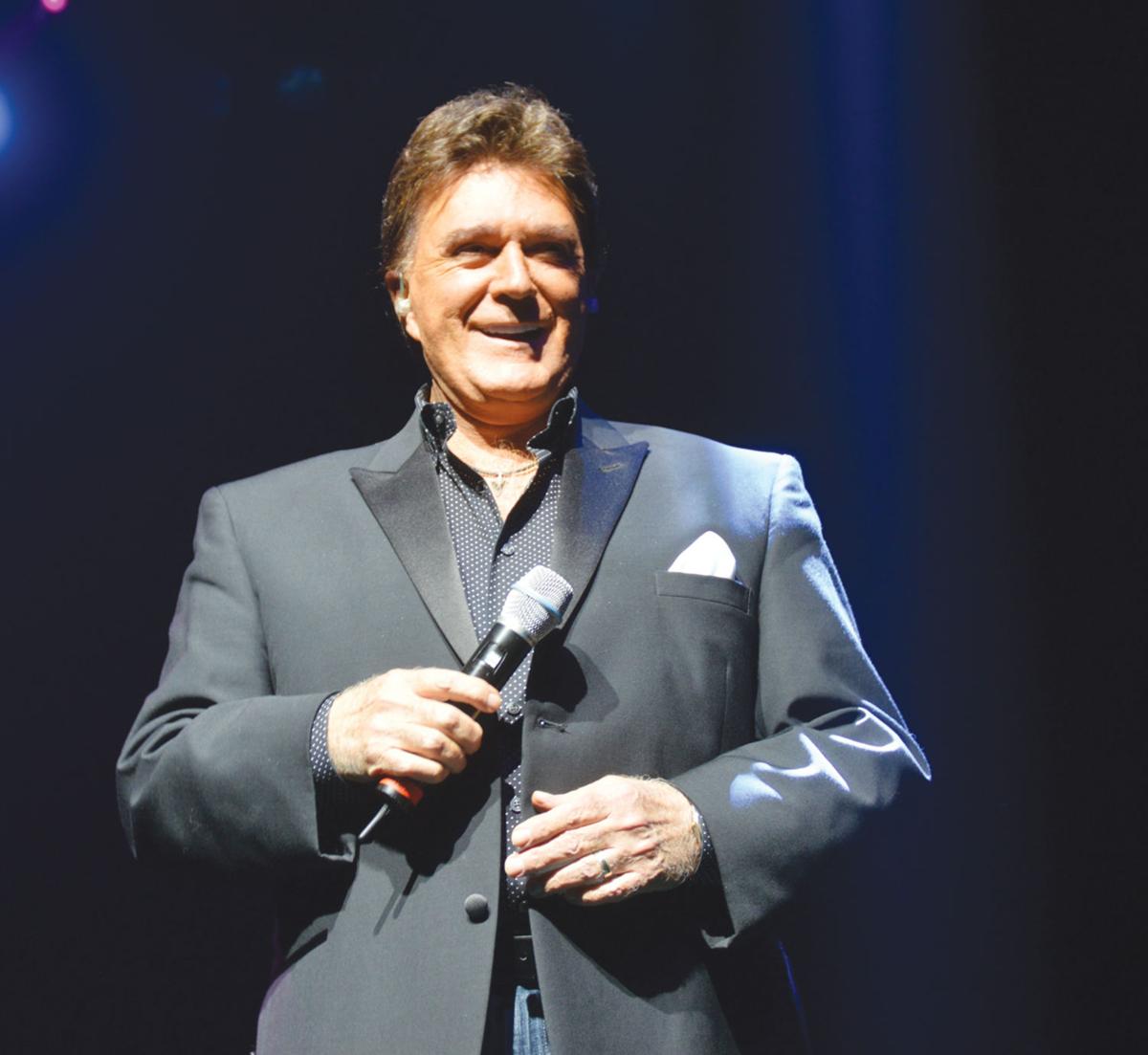 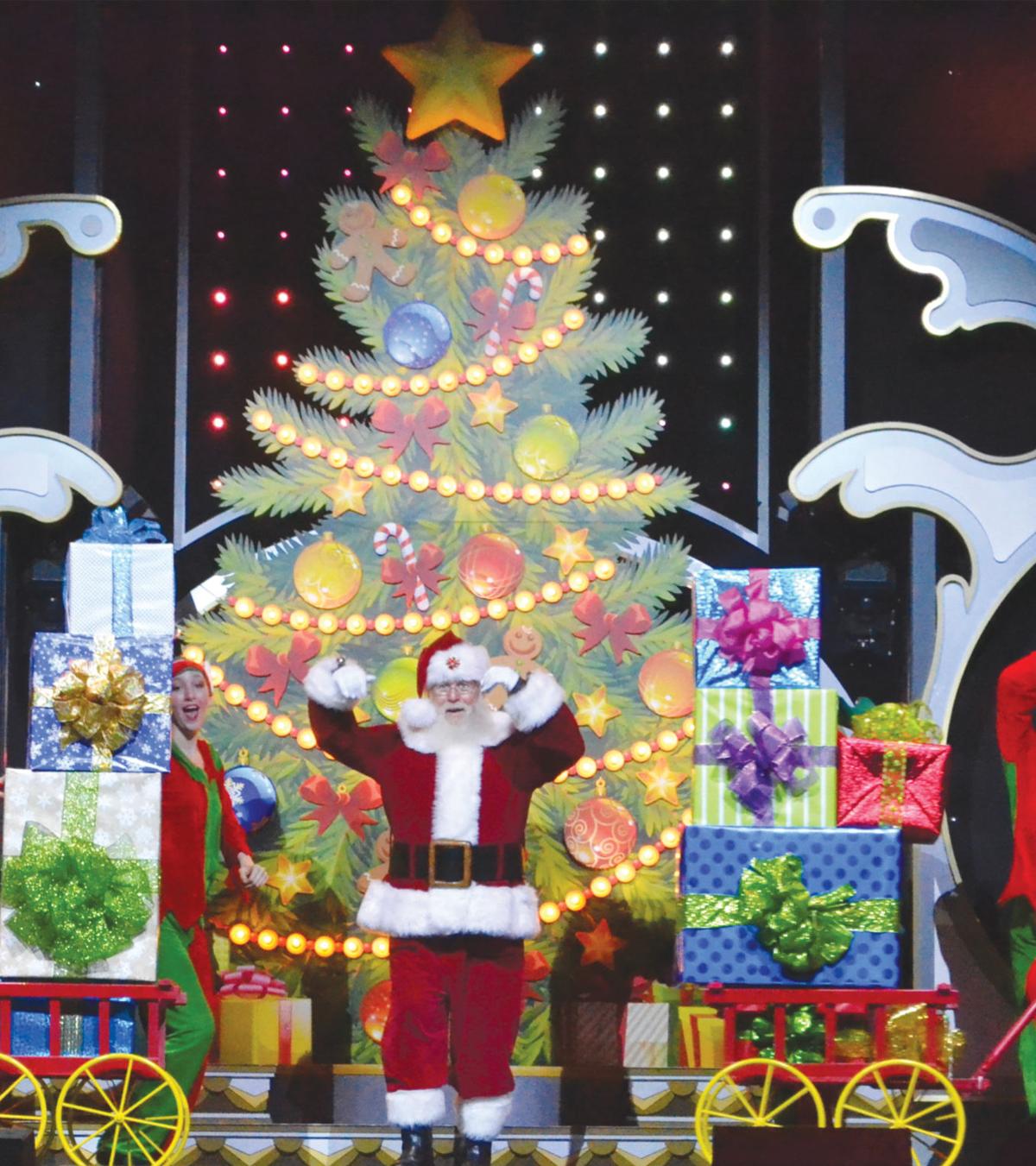 Santa Claus has loads of fun aboard the Showboat Branson Belle for “Santa’s Pancakes & Pjs Cruise,” which sets sail every weekend until Dec. 22.

Santa Claus has loads of fun aboard the Showboat Branson Belle for “Santa’s Pancakes & Pjs Cruise,” which sets sail every weekend until Dec. 22.

Wednesday evening, country hitmaker T.G. Sheppard perform at Bandstand, and thanks to Up Close Concerts owner and promoter Bob Cannella, veterans will be able to see the show for free.

“If you purchase a ticket to see country music legend T.G. Sheppard, you may bring a veteran as your guest and they get in free,” Cannella said. “It can be a family member, friend, or just someone you want to treat to a wonderful concert starring T.G. Sheppard.

“As long as they have served our country we are honored to have them as our guest at no charge.”

Before hitting the charts, Sheppard had careers as a pop singer, a record distributor and a record promoter. He also became friends with Elvis Presley and John Denver, helping get “Suspicious Minds” and “Take Me Home Country Roads” the airplay to make them smash hits.

Sheppard eventually started his own production and production company and discovered a song called “Devil in the Bottle,” which he decided to cut himself after being turned down 18 times. The song was a smash hit and reached No. 1 in 1975. Sheppard followed that with a handful of other hits and Cash Box named him Best New Male Artist in 1976.

In 1978 he released a song called “When Can We Do This Again,” which began a streak of Top 10 hits that lasted five years. During that time, Sheppard released more than 10 No. 1 songs including “Last Cheater’s Waltz,” “Do You Want to Go to Heaven,” “I Loved ‘Em Every One,” “I Feel Like Loving You Again” and “Only One You.”

Sheppard continued to have success through the late 80s, racking up several more No. 1 hits for a grand total of 21.

Little Texas was founded in Nashville, Tennessee, in 1989 when Rushlow was joined by Duane Propes on bass guitar, Tim Rushlow on lead vocals, Brady Seals on lead vocals, background vocals and keyboards, Del Gray on the drums,  guitarist Porter Howell and rhythm guitarist Dwayne O’Brien. The group toured relentlessly, just trying to get its music out there.

Shortly after, they signed with Warner Brothers Records as a developmental band, and it was common for them to play more than 300 shows a year without a bus, a driver or tour support from a label. Their first single, “Some Guys Have All the Love,” hit No. 8 on the Billboard Hot Country Singles & Tracks charts in 1991, and Little Texas was off and running.

The band’s first album, “First Time for Everything,” spawned five Top 10 hits, including the title track, “You and Forever and Me,” “What Were You Thinking,” and “I’d Rather Miss You.”

The band reached superstar status with the release of the follow-up album, “Big Time,” which sold more than 1.5 million copies in 1993 and has sold more than 3 million copies to date. “What Might Have Been” and “God Blessed Texas” were Top 5 hits, while “My Love” earned the group its first No. 1 hit. “My Love” also earned the group its first CMT Award, a Billboard award, a Grammy nomination and a Radio & Records award.

The band released its third album, “Kick A Little,” and set off on an arena-headlining tour with opening act BlackHawk. The title track, “Kick a Little” and “Amy’s Back In Austin” were Top 10 hits and the band grabbed two more Grammy nominations before releasing a greatest-hits package. 1994 also brought the group an Academy of Country Music Award for “Vocal Group of the Year.”

After releasing its fourth album, “Little Texas,” as well as a gold-certified greatest-hits album, Rushlow decided to embark on a solo career, and the group disbanded in 1997.

Rushlow’s first solo appearance was on a track called “Totally Committed” from comedian Jeff Foxworthy’s 1998 album of the same name. He soon snagged a Top 10 hit with “She Misses Him” and his self-titled debut album was also released in 2000. Unfortunately for Rushlow, Atlantic Records closed its Nashville division only one month after the album’s release, and none of its other singles made the Top 40.

Rushlow signed with the independent label Scream Recordings, where his album was re-issued under the title Crazy Life. In 2003, Rushlow and five other musicians formed a group called Rushlow and hit the Top 20 on the Hot Country Singles & Tracks chart with “I Can’t Be Your Friend.”

This tradition sees guests join Santa and his helpers, the North Pole Toy Soldier and the Holiday Sugar Plum Fairies, for an adventure that is complete with kid’s activities, entertainment, breakfast, and a cruise on Table Rock Lake.

Guests arrive an hour prior to cruising to explore the Showboat using a holiday map, to search for the Sugar Plum Fairy Sweet Stops, visit the Captain in the Wheelhouse for an awesome  gift, cruise by and see Santa’s Helpers for face-painting, as well as completing those Christmas Wish Lists and putting them in the Toy Soldiers Mail Box for an expedited delivery to main man himself, Santa Claus.

Once the cruise is over, Santa will be available for a photo on the Dock following the cruise.

Everyone boarding the Showboat is also encouraged to wear their pajamas to the event.

Aside from the optional visit to the wheelhouse up top, this event takes place inside the Showboat Branson Belle, so winter weather is not a factor.

Between the kickoff of Ozark Mountain Christmas, as well as all this cold weather, I figured now would be a perfect time to fill my Loyal Reader(s) in on one of my favorite holiday traditions, the Polar Express, aka the Branson Scenic Railway, in downtown Branson.

The experience begins as everyone lines the platform of the 1906 Depot in downtown, anxiously awaiting the boarding announcements. Like in the “Polar Express” movie, children and their parents are encouraged to wear pajamas, which automatically adds to the experience. There is just something magical about hundreds of kiddos in their pajamas, clutching blankets and teddy bears, hardly able to contain their excitement for the train ride, as well as the possibility of seeing Santa Claus himself.

The excitement continues to build as everyone is greeted by the train’s crew during the boarding process. Once everyone is loaded up, the train departs  for the “North Pole.” As folks enjoy the train ride, they’re entertained by a reading of the “Polar Express” book, complete with sounds and carols from the motion picture soundtrack. After a brief trip across the lake, the train begins rolling back toward Branson as carolers weave through each car spreading Christmas cheer.

The crew then breaks out the awesome hot chocolate and sprinkled Christmas cookies, and just when you think get can’t get much cooler, the train makes a stop at the historic depot in Hollister to pick up Kris Kringle himself. The train continues to roll back through Branson, all the way to Branson’s Joy of Lights drive-thru light display.

The Polar Express is a whole lot of fun, and it is something destined to be a part of family Christmas memories for years to come.

In addition to regular tickets, visitors can also upgrade to the first-class dining car seating, which provides them with hot cocoa served in a special Polar Express souvenir mug and cookies to munch on.

The Polar Express departs from the downtown depot at several different times throughout the week, and the ride lasts 1 hour 15 minutes.