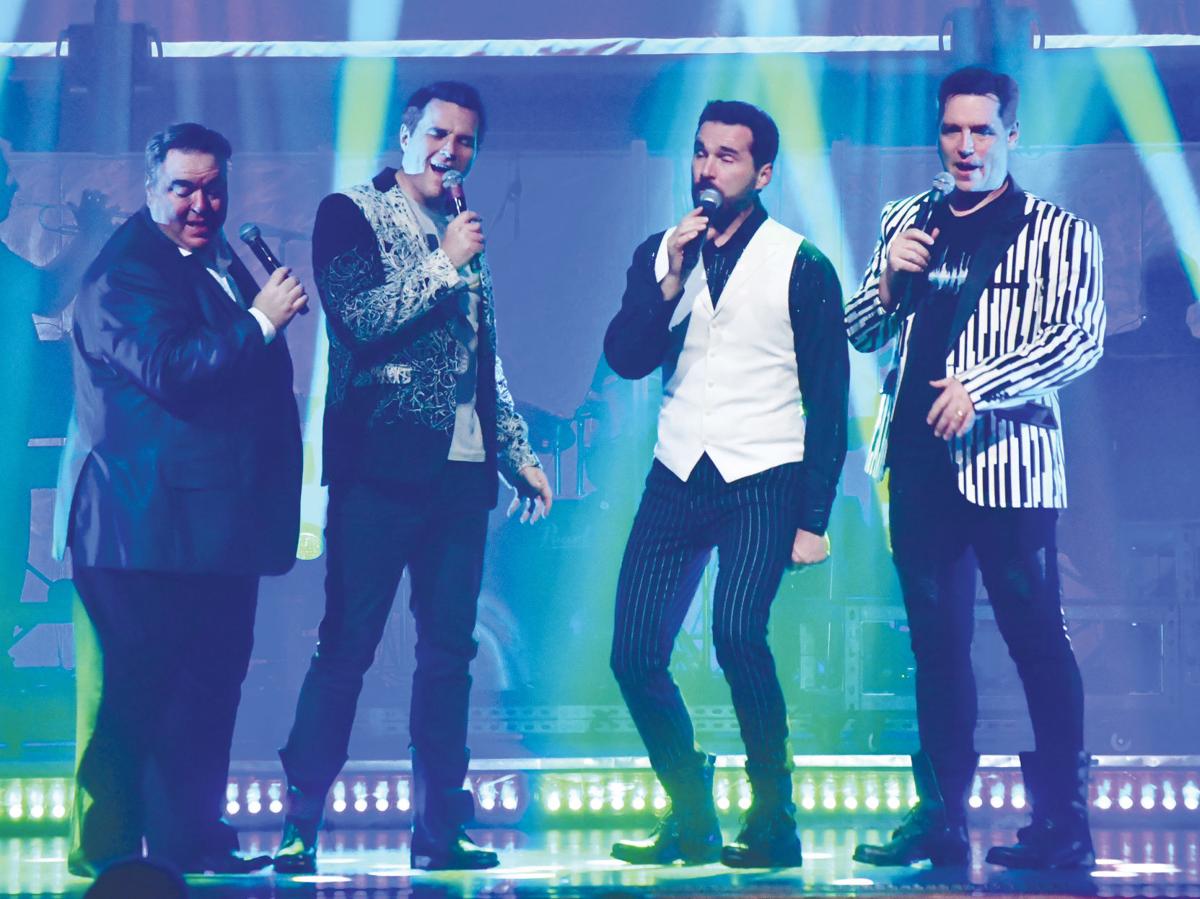 The “Hughes Music Show” cast, featuring the Hughes family, will perform their annual “From Christmas to New Year’s Show” at the Hughes Brothers Theatre. 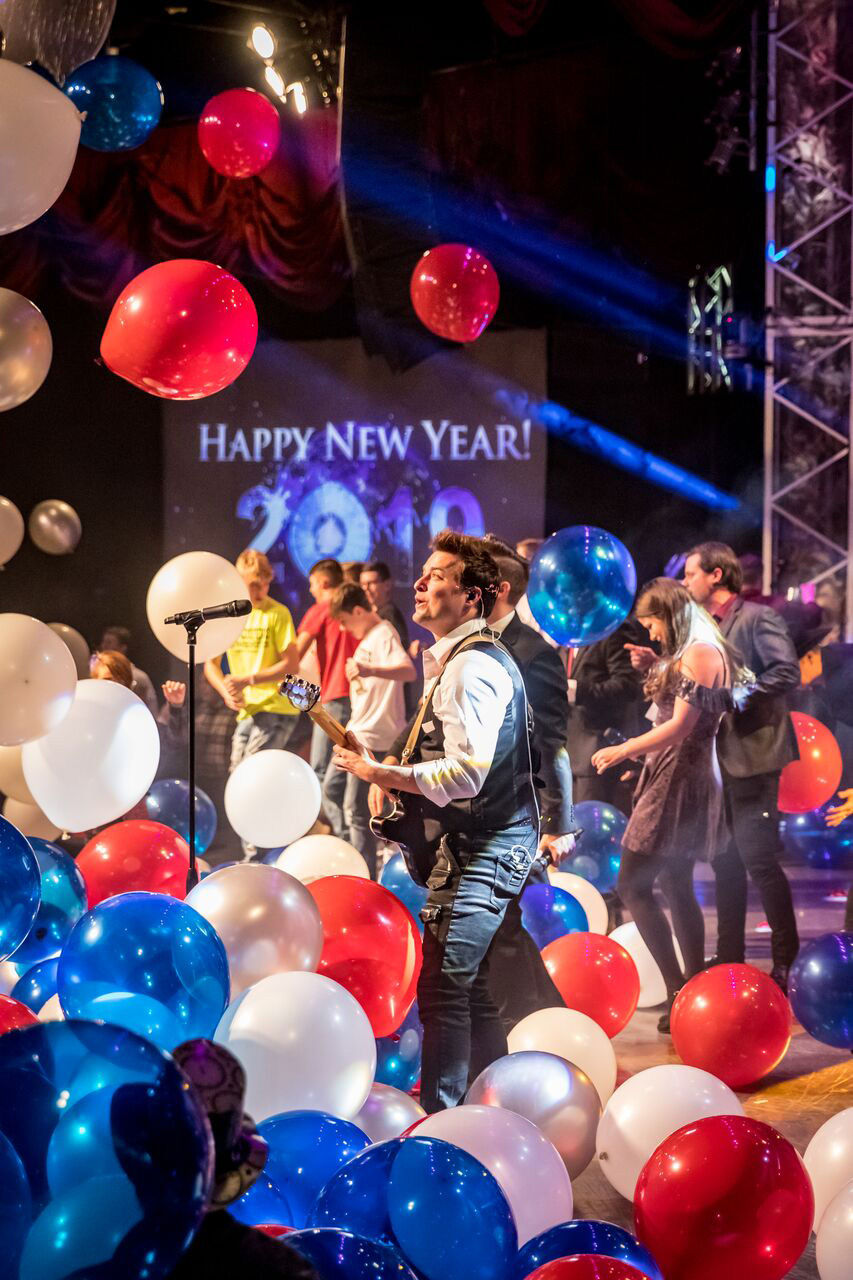 The “Claygoods New Year’s Eve” show is set for the Clay Cooper Theatre.

The “Hughes Music Show” cast, featuring the Hughes family, will perform their annual “From Christmas to New Year’s Show” at the Hughes Brothers Theatre.

The “Claygoods New Year’s Eve” show is set for the Clay Cooper Theatre.

New Year’s Eve in Branson has grown to be quite a big deal, and there is no shortage of special productions and events set for Dec. 31.

The folks at the Pierce Arrow Theatre are also hosting a “Pierce Arrow New Year’s Eve,” which kicks off at 9 p.m. In addition to the cast of the “Pierce Arrow Decades” show performing an extended edition of their original show, hitmakers Little Texas will headline a special concert.

As part of the Young Country movement of the early ‘90s, Little Texas were responsible for shaking up the country music world with a new, energetic sound that fused the look and attitude of modern rock music with traditional country themes and styles, bringing a much appreciated bolt of life into the genre. For their efforts, the band sold more than  7 million albums, while snagging three Grammy nominations, as well as honors from both the Academy of Country Music and the Country Music Association.

Their first radio release in 1991, “Some Guys Have All The Love,” became a Top-10 hit, as did their next single, “First Time For Everything.” The sophomore release, which has sold more than 3 million copies to date, spawned three No. 1 singles with “What Might Have Been,” “God Blessed Texas” and “My Love.” The group soon captured their first CMT Award, a Billboard award, a Radio & Records award and their first Grammy nomination.

The group’s cover of “Peaceful Easy Feeling” featured on the Grammy award-winning “Common Thread” album charted well, and without an official release. That song allowed Little Texas to break another record in country music history, becoming the first act to snag three different songs, on three different charts, with three different lead singers, all at the same time.

It is a feat that has never been repeated since by any band. Despite much success, each member went his separate way, opting to spend time with family and friends, and work on individual projects at the end of 1997.

“Everybody still has a ‘What Might Have Been,’ there’s always a ‘First Time For Everything,’ and folks still want to ‘Kick A Little,’ so we decided to take the party back on the road,” said Propes.

For the past 13 years, the brothers have united to perform pretty much every kind of music one could think of, along with all kinds of interesting special effect sounds using only their voices. The cast of “Six” will open Feb. 12, 2020, at Dick Clark’s American Bandstand Theater.

The venue’s flagship show, “Legends in Concert,” will open Feb. 1, 2020. Speaking of the show, “Legends” features look- and sound-alike artists paying tribute to the most iconic artists in music history, changes acts four time a year to help producers tailor-make each lineup especially for the demographic of folks visiting for each season.

For tickets or additional information on the several packages available, call the box office at 417-339-3003, or visit legendsinconcert.com.

At the Clay Cooper Theatre, the Clay-Goods Jambor-Eve kicks off at 8:30 p.m. This annual show has become one of Branson’s most attended New Year’s Eve shows as the stars of “Clay Cooper Country Express Show” and The Haygoods team up for their annual party.

Guests will be given party favors,  prizes and hors d’oeuvres at intermission. Plus, a cash bar is available, and there will be a balloon drop at midnight.

The Grand Country Music Hall is also hosting New Year’s Eve with “Grand Jubilee.” Not only will the cast of “Grand Jubilee” ring in the New Year, but they’ll also be debuting their new 2020 production.

The Hughes family is getting into the New Year’s spirit by hosting “From Christmas to New Year’s Eve” beginning at 9 p.m.

During this special night, the family will perform both “The Hughes Music Show,” as well as the “Hughes Brothers Christmas Show.” Admission includes dinner, light-ups, noise makers, a balloon drop, a midnight cut-a-rug and Boogie Down Dance.

The Hamner family is once again hosting their annual Hamners’ New Year’s Eve Fiesta at the Hamner Variety Theatre. The entire cast of the “Hamners’ Unbelievable Variety Show” are putting on a special “extended” version of the show.

Doors open at 8 p.m., and guests can enjoy lots of food and non-alcoholic beverages, as well as take part in contests and win fabulous prizes, all while enjoying party favors. Visit hamnersunbelievable.com.

For tickets, call the Americana Theatre at 417-544-8700, or visit americanatheatrebranson.com.

Silver Dollar City will also be open for New Year’s Celebration. Of course, folks can enjoy Silver Dollar City’s 6.5 million lights, including 1.5 million lights in the Christmas In Midtown light spectacular, as well as the Cleverlys, who blend music and comedy in every performance while taking popular songs from all genres and turn them into Bluegrass hits.

The Showboat Branson Belle will also feature a New Year’s Eve cruise beginning at 8 p.m. During the cruise, guests will enjoy a three-course meal, the musical variety show  on the main stage, followed by live music and dancing. Plus, there will also be a countdown to the new year with sparkling grape juice and party favors.