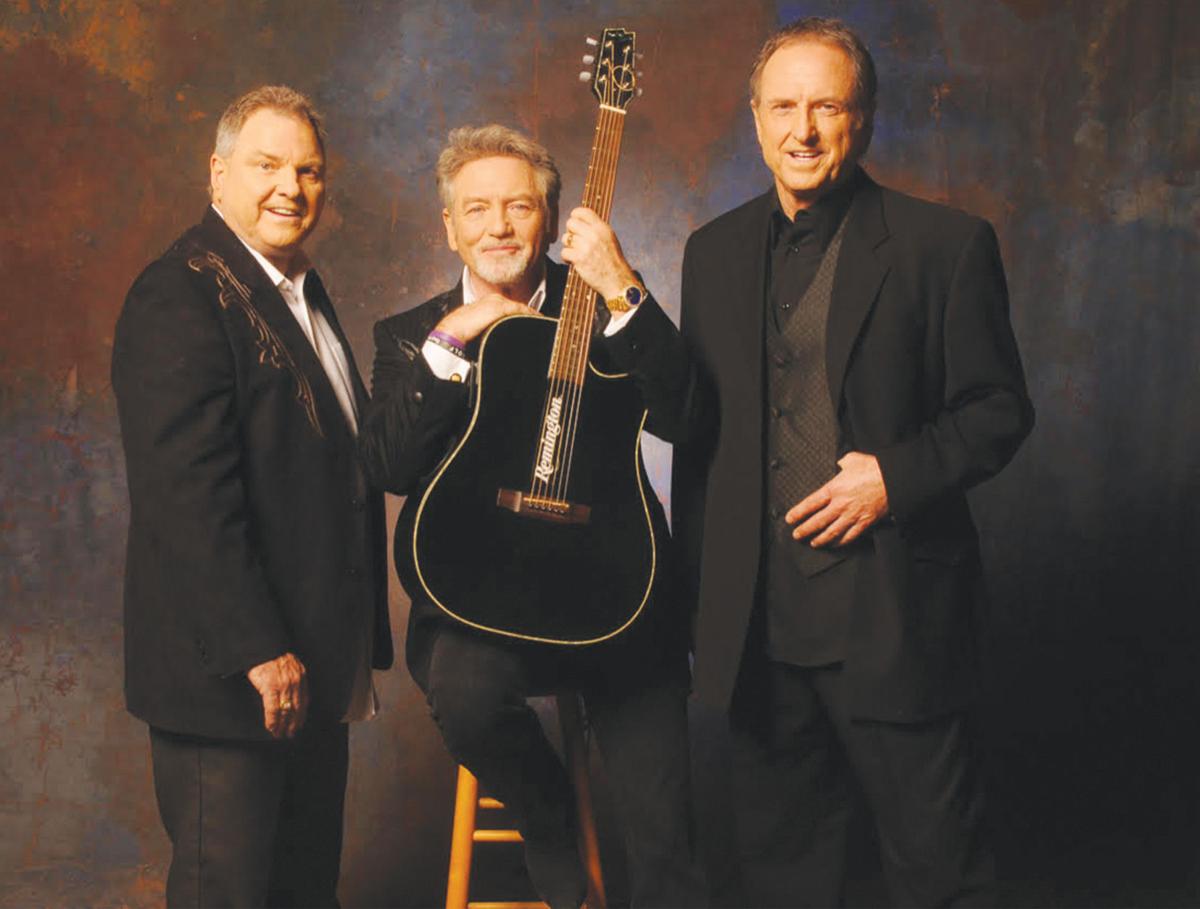 Steve, from left, Larry and Rudy Gatlin, the Gatlin Brothers, will headline a Friday night show at the Mansion Theatre. 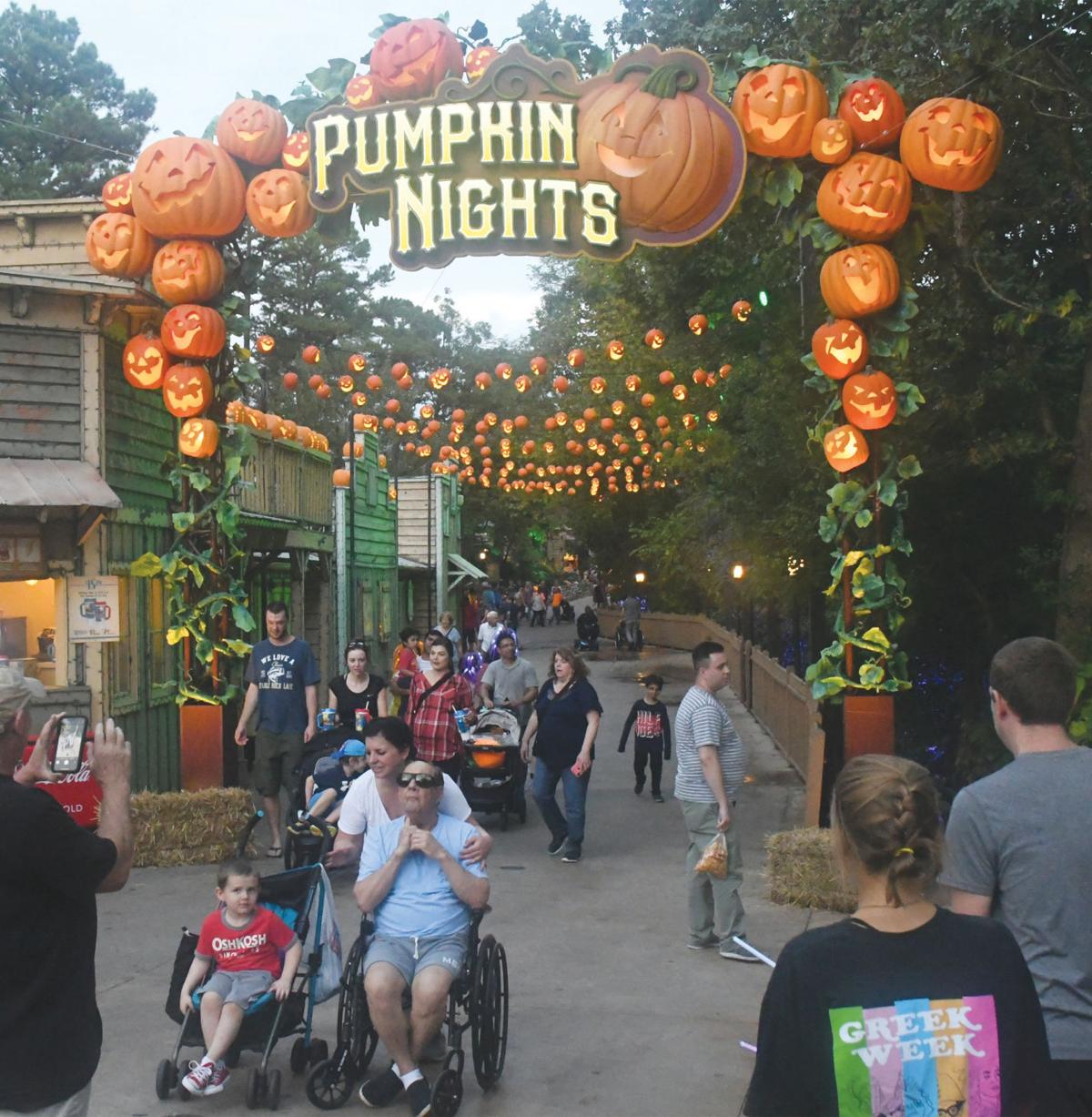 Steve, from left, Larry and Rudy Gatlin, the Gatlin Brothers, will headline a Friday night show at the Mansion Theatre.

Big shows at the Mansion

The Mansion Theatre will most assuredly be one of the hottest places to be this week as the venue is set to host a long list of musical awesomeness.

Some of their biggest hits include “Elvira,” “Bobbie Sue,” “Trying To Love Two Women,” “Beautiful You,” “Fancy Free,” “I Guess It Never Hurts To Hurt Sometimes,” “Make My Life With You,” and “Touch A Hand, Make A Friend.”

These guys always put on a fantastic show, and I’m sure this week’s effort will be no different.

Thursday at 3 p.m., the Mansion will host the duo of Jamie Dailey and Darrin Vincent.

Dailey & Vincent have been playing their hearts out for almost a decade, and they are already universally recognized as one of the best bluegrass bands around. In addition to being three-time Grammy award nominees in 2014, the duo has captured the International Bluegrass Music Association’s Entertainers of the Year and Vocal Group of the year three times, Album of the Year for “Dailey & Vincent” in 2008 and “Dailey & Vincent Sing the Statler Brothers” in 2010. In all, the duo has captured 14 IBMA Awards.

They will perform more than a dozen shows throughout September, October, November and December at the Mansion Theatre.

The brothers have been performing together for more than 60 years, and are responsible for several massive country music hits, including “All the Gold In California,” “I Wish You Were Someone I Love,” “Broken Lady” and “Houston.”

Larry Gatlin had a few hits as a solo artist early in his career, with his brothers singing backup. The tunes “Broken Lady” hit No. 5 in 1975, and “I Just Wish You Were Someone I Love” gave Gatlin his first No. 1 hit in 1978. When he signed with Columbia Records the following year, he decided to go under the name “Larry Gatlin & the Gatlin Brothers.”

A few months later, the group released the album Straight Ahead, which featured the No. 1 hit “All the Gold in California,” their biggest hit together.

Gatlin was awarded the Top Male Vocalist of the Year” by the Academy of Country Music that year, and the album went gold. They followed up that success with a long list of hit songs, including “Take Me To Your Lovin’ Place,” “What Are We Doin’ Lonesome,” “In Like With Each Other,” “She Used to Sing on Sunday,” “Almost Called Her Baby By Mistake,” and another No. 1 hit with “Houston (Means I’m One Day Closer to You).”

Not only is this show a fantastic stroll down memory lane, but those Gatlin brothers are pretty darned funny.

Saturday night will see another personal favorite of mine, the Bellamy Brothers.

Howard and David Bellamy have been a popular act in both the country and pop charts, and in 1975, recorded and released “Let Your Love Flow,” which put the brothers on the map.

The tune went to the top of the pop charts and climbed into the country Top 30. Their country breakthrough happened in 1979 with the song “If I Said You Had a Beautiful Body Would You Hold It Against Me.”

They found more hits in the late ‘70s with “You Ain’t Just Whistlin’ Dixie,” “Sugar Daddy,” “Do You Love as Good as You Look,” “They Could Put Me in Jail” and “Dancin’ Cowboys.”

The brothers continued to release albums and tour with great success over the next decade, featuring No. 1 hits like “For All the Wrong Reasons,” “Redneck Girl,” “When I’m Away From You,” “Old Hippie,” “Crazy From the Heart” and “I Could Be Persuaded.”

As many of my Loyal Reader(s) know, Christmas in Ozark Mountain Country is right around the corner, with the exception of my buddy Shoji Tabuchi who opened his Christmas show Monday, and the folks at Dolly Parton’s Stampede, who open Thursday. That means time is running out for the area’s special fall events.

From now through Saturday night, Silver Dollar City will feature its “New Harvest Festival” featuring “Craft Days and Pumpkin Nights,” which includes more than 10,000 pumpkins lighting up the park well into the evening.

Once the sun goes down, the park shifts its focus from “Craft Days,” to “Pumpkin Nights.” This new event transforms Silver Dollar City into acres of towering carved sculptures, including giant scarecrows, cats, owls, totem poles – even a nearly three-story Pumpkin Greeter.

The Grand Exposition area will serve as “Pumpkinland,” as well as lead the way to more pumpkin fun.

The new Pumpkin Pathway leads to the never-before seen Pumpkin Plaza with glow-in-the-dark black light dance parties and fall activities. The new “Pumpkin Nights” event represents a more than $2 million investment, and it most assuredly shines through.

On top of all that, for the first time ever, the park sees extended fall hours of 9 p.m. weekdays, and 10 p.m. on weekends. Most rides will be open, weather permitting.

I visited the park during “Pumpkin Nights” two different times over the last two weeks, and I had an absolute blast. Judging by the miles of smiles on the faces of the thousands of folks visiting the park, they all did as well.

The park will be closed from Sunday through Friday, and re-open Saturday, Nov. 2, for An Old Time Christmas, featuring  the Christmas In Midtown display, two live shows, a Living Nativity, the Frisco Sing-Along Steam Train, a new giant Christmas tree and much more.

Also set to wrap this weekend is the Shepherd of the Hills Historic Homestead and Adventure Park’s “Shepherd’s Spooktacular.”

Other fun activities and events can be added for additional fees. The “Great Pumpkin Pass” includes everything above, as well as “Pumpkin’ Paintin’,” “Scarecrow Factory,” “Great Pumpkin Ropes Course,” and the rock climbing wall for $20.

While this event may not be as traditional, or grandiose as other fall fun in the Ozarks, it’s as interactive as can be, gives you everything you want and need in a fall outing, and we had an absolute blast.

After strolling through a “not-too-scary, kid-friendly” trail, we visited the awesome treehouses and play barn before heading over to the petting zoo to feed the goats, sheep and even a chicken. The “Pumpkin Paintin’ and Scarecrow Factory” is also a whole lot of fun, and the coolest aspect about this is you get to keep both your decorated pumpkin, as well as scarecrow, as they’re included in the price of admission, which is pretty awesome.

The highlight for us was the “Haunted Hollow Hayride,” which was a whole peck of fun. Our guide, Deputy Bob, set the scene for the ride, which follows a group of Baldknobbers who are up to no good. This hayride is fully immersive, complete with a full cast of actors, a storyline, plenty of theatrics and gunfights, and more than a few scares that I don’t want to spoil here.

At the end of the hayride, we changed over to a different trailer, this one equipped with several dozen paintball guns, perfect for shooting those pesky zombie Baldknobbers. It’s amazing how much laughter and good times result from shooting masked zombies with paintballs over and over again.

I feel like the Shepherd’s Spooktacular is the perfect event for folks who don’t mind being a little scared, but aren’t big fans of those “super scary” haunted houses that pop up every season. Plus, as much as I like visiting traditional pumpkin patches and fall places, this gives you everything you get there, and so much more.

In addition to all that, the Shepherd of the Hills  Homestead and Adventure Park also features ATV rides, ropes course, zip lines, Inspiration tower, and a new fall lineup of shows.

The Shepherd of the Hills will also begin its Christmas festivities next weekend, complete with the Trail of Lights, North Pole Adventure, “A Shepherd’s Christmas Carol,” Todd Oliver, and “Merry Christmas with Dino and Cheryl Kartsonakis.”

In addition to all that, this area is also home to McKenna Family Farm, an awesome experience located outside town.

This family farm a great place to pick out a pumpkin, as well as some cool fall produce.

Folks can also take a hayride, jump on the fantastic bounce pillow,  find their way through a corn maze, and play on several playground areas. McKenna Family Farm is open through Nov. 9.