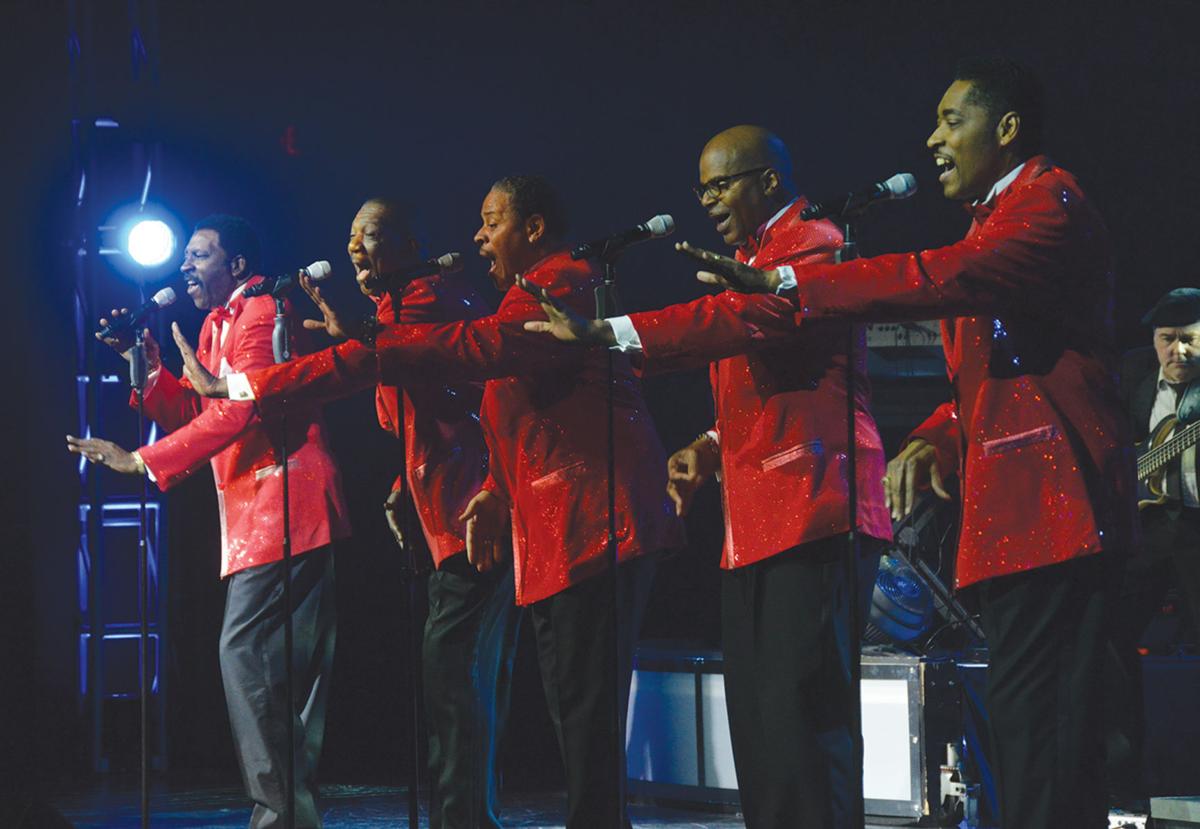 The Hot Winter Fun Show, originally scheduled for Feb. 5, has been rescheduled for Feb. 29. The Temptations, pictured in this Branson Tri-Lakes News file photo, are among many acts who are expected to perform. 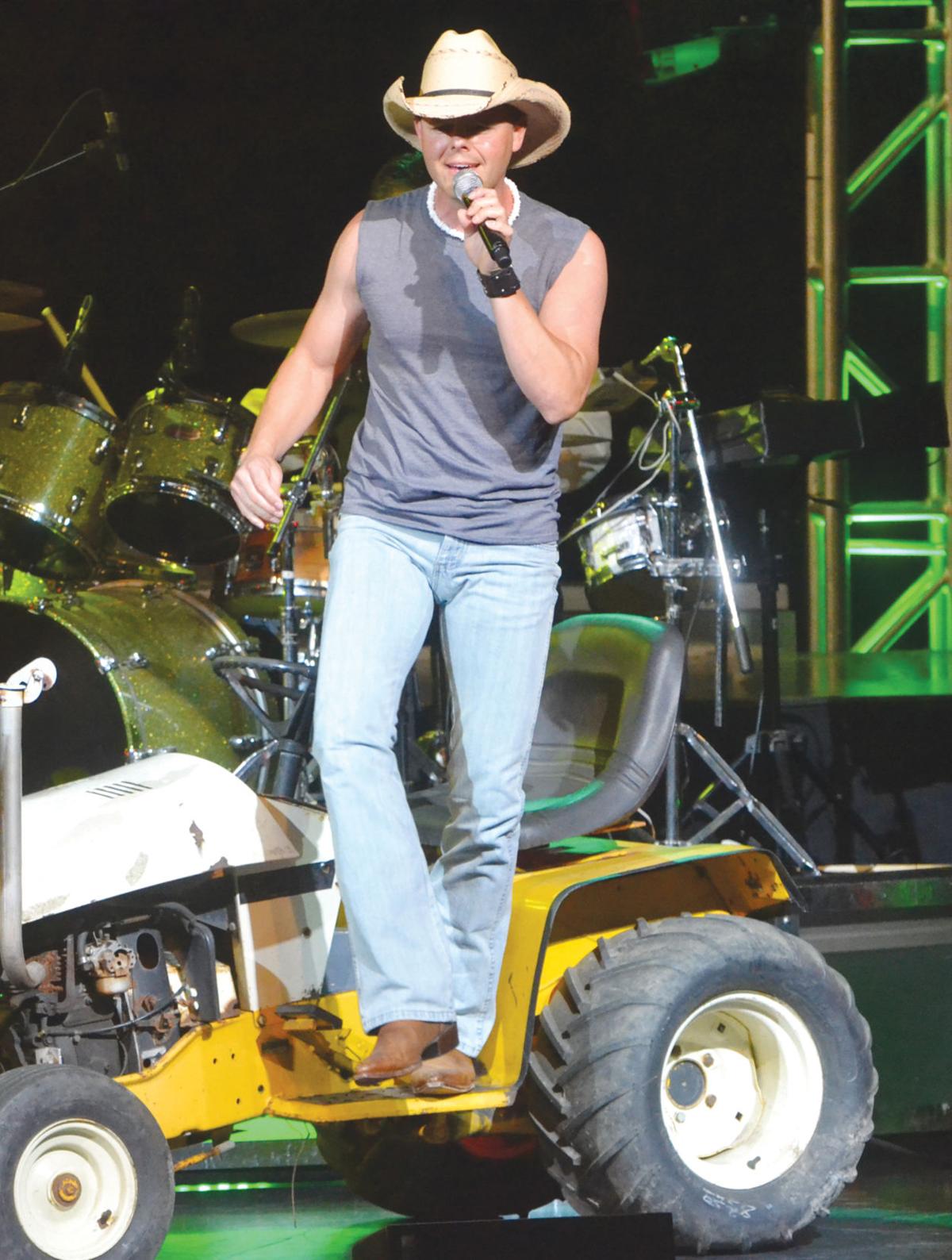 Todd “Kenny Chesney” Bradshaw will return to the “Legends in Concert” lineup later this year.

The Hot Winter Fun Show, originally scheduled for Feb. 5, has been rescheduled for Feb. 29. The Temptations, pictured in this Branson Tri-Lakes News file photo, are among many acts who are expected to perform.

Todd “Kenny Chesney” Bradshaw will return to the “Legends in Concert” lineup later this year.

Producers at “Legends in Concert,” a show featuring look- and sound-alike artists paying tribute to the most iconic artists in music history, recently announced the 2020 lineup at Dick Clark’s American Bandstand Theater. Since “Legends” changes cast members four times a year, producers can tailor-make a lineup to fit each season.

Also back is the tribute to Joliet Jake and Elwood Blues, “The Blues Brothers,” as well as Shawn Gerhard as Garth Brooks, and a popular tribute to The Temptations featuring Nate Evans and his group.

Evans was the former lead singer of the Rock ‘n’ Roll Hall of Fame inductees the Impressions, and was specially selected by original Temptations lead singers Eddie Kendricks, David Ruffin, and Dennis Edwards to join the group. Following the passing of these original members, Evans now leads this  tribute performance.

The “Summer run” kicks off May 21, and will again feature Pelton as Presley, as well as a tribute to “The Blues Brothers.” Other tribute acts featured this summer are Doug Brewin and Larry Turner as Brooks and Dunn, Tina Dawn as Taylor Swift through July 31, and a tribute to the “King of Pop” Michael Jackson. A special tribute to Aretha Franklin will join the lineup Aug. 1 through Sept. 8.

The “Summer run” goes through Sept. 8.

The “Fall run,” which again features Pelton as Presley, as well as a tribute to “The Blues Brothers,” will also see Paul Eve return as “The Man in Black” Johnny Cash, Sharon Owens as Barbara Streisand, and the Branson return of Daryl Wagner, who performs as Liberace.

The “Christmas run,” again featuring tributes to Elvis Presley and the Blues Brothers, will see the return of a tribute to Aretha Franklin, as well as Robbie Howard returning as Frank Sinatra, and Todd Bradshaw as Kenny Chesney. As always, “Legends in Concert” will also feature a “New Year’s Rockin’ Eve Show” Dec. 31, before wrapping next season Jan. 2, 2021.

2020 will also see “Six,” often called an “orchestra of human voices,” join the Bandstand lineup. The brothers of “Six,” Barry, Kevin, Lynn, Jak, Owen and Curtis Knudsen, have been performing a cappela tunes for more than 40 years, and perform pretty much every kind of music one could think of, along with all kinds of interesting special effect sounds using only their voices.

Things get rolling April 1 at 2 p.m. with a screening of “Viva Las Vegas,” immediately followed by a special performance by Ronnie McDowell, who will perform a 30 minute concert featuring all Elvis tunes.

That evening, McDowell will perform his “By Request” show. McDowell has provided the singing voice for productions including the John Carpenter/Kurt Russell TV movie “Elvis,” “Elvis and Me,” “Elvis Meets Nixon” and the TV show “Elvis.” In addition to his notoriety in the Elvis Presley field, McDowell also has many of his own hits. His most popular tunes include “The King is Gone,” “I Love You, I Love You, I Love You,” “Older Women,” “You’re Gonna Ruin My Bad Reputation,” “Watching Girls Go By,” “All Tied Up” and “In A New York Minute.”

“Wink is a fascinating person and you will be entertained and moved by this special performance,” Up Close Concerts owner and promoter Bob Cannella said.

April 3, will see an “Ultimate Elvis Meet and Greet,” followed by the “Legends in Concert” show, then “The Dean Z Show” at 10:45 p.m. The Branson leg of the Ultimate Elvis Tribute Artist Contest” set for April 4. The winner of the contest, one of the few tribute artist contests sanctioned by Elvis Presley Enterprises, Inc., will receive a prize package and travel to Memphis, Tennessee, in August for Elvis Week, where they will compete against other regional winners for the title of Ultimate Elvis Champion.

The 2020 festival will wrap April 5 at 11 a.m. with “Ryan Pelton Presents – You’ll  Never Walk Alone,” a tribute to the gospel music that inspired a king.

In addition to all that, Dick Clark’s American Bandstand Theater will also host a handful of Up Close Concerts, beginning March 8 at 3 p.m. with Amy Grant, followed by Pat Boone and special guest Billy Dean May 10, and Janie Fricke and Moore & Moore June 21. Both Ronnie McDowell shows, as well as Wink and Sandy Martindale, and the “Viva Las Vegas” screenings are also Up Close Concert events.