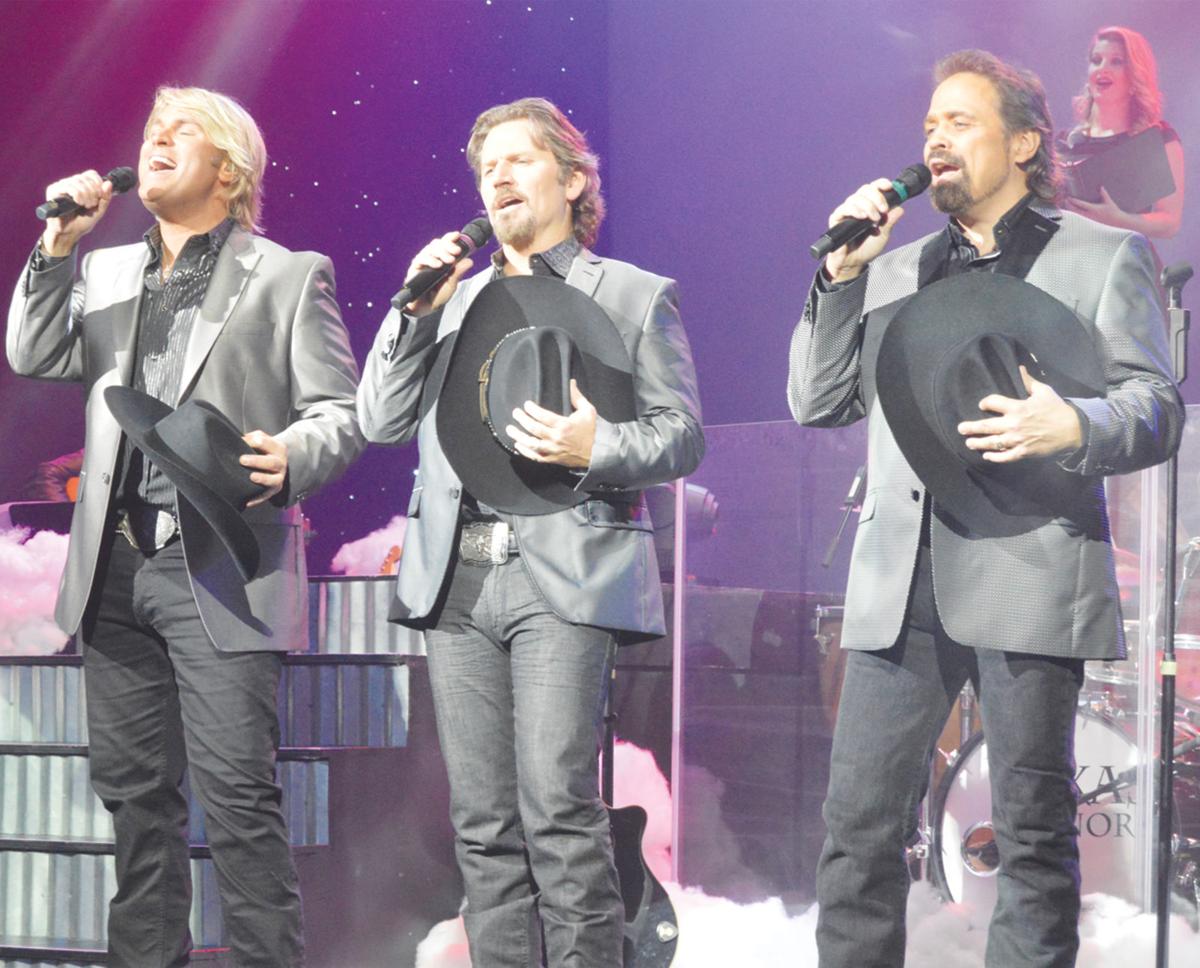 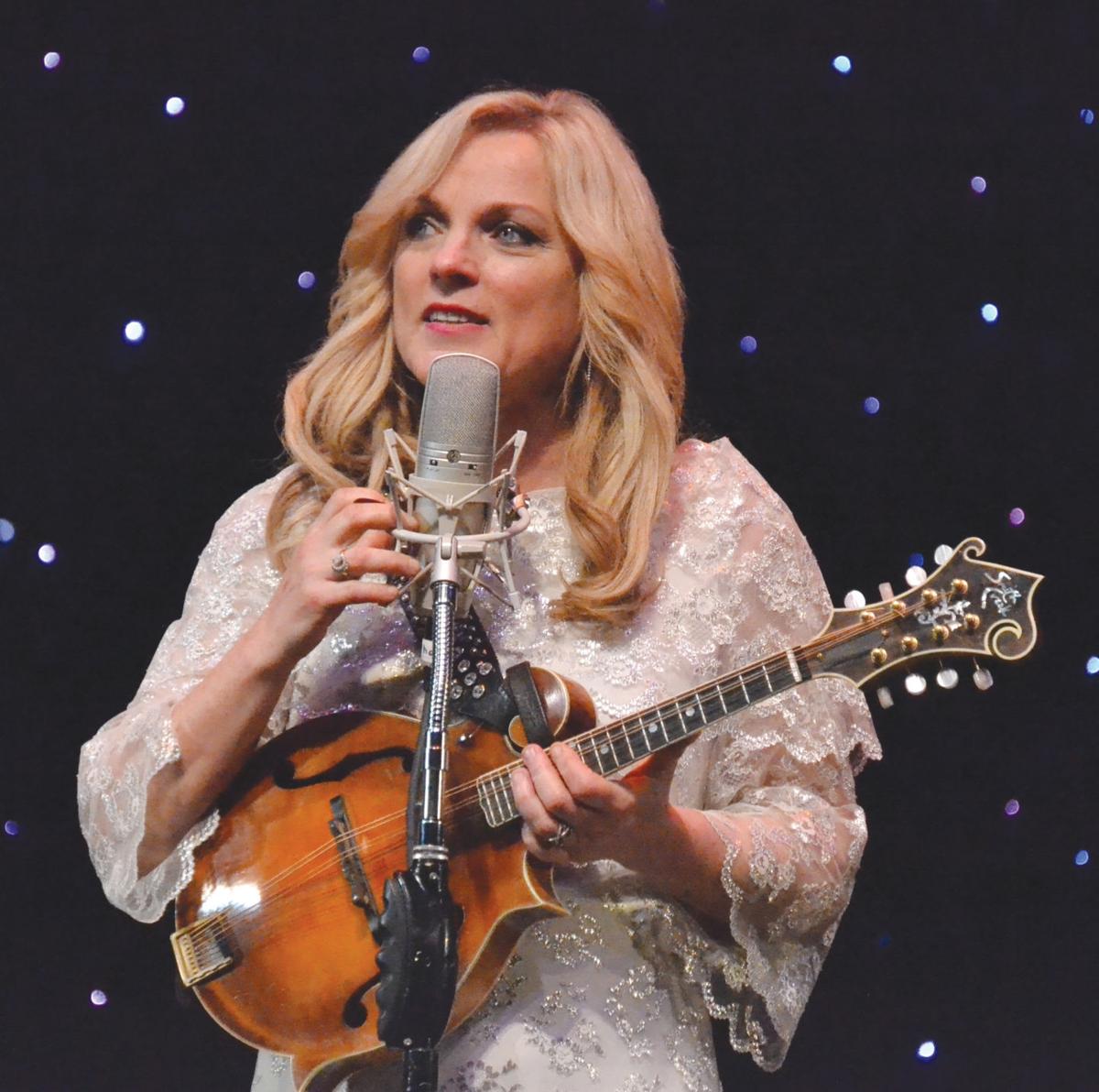 Rhonda “the Queen of Bluegrass” Vincent will return to “Larry’s Country Diner” at the Starlite Theatre.

Rhonda “the Queen of Bluegrass” Vincent will return to “Larry’s Country Diner” at the Starlite Theatre.

The “Branson Shuffle,” the unofficial nickname for shows changing venues from season to season, has been rolling along for several months. With the end of the 2018 season finally upon us, here’s what we know about the “Shuffle” so far.

Folks from the Andy Williams Performing Arts Center & Theatre announced the lineup for the 2018 season, which will include “Ayo featuring the Voices of Glory,” the trio of Marcus Collins, JC Fisher and John Hagen, also known as the Texas Tenors, and the “All Hands on Deck” show, as well as the resurrection of “Jimmy Osmond’s American Jukebox Show,” this time set to feature the 5th Dimension.

Shows returning to the venue include “Illusionist Rick Thomas,” a lineup of “big names” featured in the “Celebrity Weekend” shows, as well as the newly rebranded Christmas show, “Andy Williams Ozark Mountain Christmas Show” hosted by Jimmy Osmond and starring the Lennon Sisters.

The Voices of Glory, siblings Michael, Nadia and Avery Cole, first started singing together in 2007 after their mother, Felicia, was in a head-on car collision with a drunken driver. They began performing at nursing homes and on other floors in the hospital and shortly after their mother emerged from her coma, they were picked to perform on “America’s Got Talent.”

Their stint on the show gave the Cole family their first taste of national fame as they became Top 5 finalists. Once “America’s Got Talent” was in the books, the family began touring the country before settling down to perform in Branson.

The Texas Tenors, Marcus Collins, JC Fisher and John Hagen, will perform their special engagement schedule at the venue in 2018. The group was featured on the hit TV show “America’s Got Talent” in 2009, where they became the highest ranking vocal group in the show’s history. Their first PBS special and second album, both titled “You Should Dream,” debuted in 2013 and have been very successful.

Another show set to pull up stakes next season is the award-winning “All Hands on Deck Show,” which will call the venue home for fall dates only next season.

Billed as “Branson’s Most Patriotic Show,” “All Hands on Deck” is an original production set in 1942, that recreates the old school “Hollywood Victory Caravan” roadshows and radio broadcasts, ones like the USO shows the iconic Bob Hope and Jack Benny did throughout the war.

Also new at the venue this season is the return of “Jimmy Osmond’s American Jukebox Show,” this time starring the 5th Dimension. The show is described as a throwback to classic musical revue shows that’s described as “a little bit country, a little bit rock ‘n’ roll.”

The 5th Dimension is responsible for 14 gold and six platinum records, as well as snagging six Grammy awards. They are best known for the hit songs “Up, Up and Away,” “One Less Bell to Answer,” “Stone Soul Picnic” as well as “Aquarius/Let The Sun Shine In.”

Martin, a Juilliard Music School and Indiana University graduate, as well as a U.S. Army veteran, plays several instruments, sings, is also the world’s only aerial and acrobatic violinist.

Also new at the Starlite next season is “The Prophecy, A Trans-Siberian Style Show,” which will be featured in the fall. This group of performers are all Juilliard-trained musicians, and they are the only traveling show that is authorized to use the “Trans-Siberian Orchestra” name.

The show is set to feature favorite TSO holiday songs, as well as unique lighting, lasers, costumes and more.

Finally, the theatre will host a new holiday show called “Raiding the Country Vault Christmas,” which is set to feature the “best of ‘Country Vault,’ with ‘classic country Christmas’ songs sprinkled in along the way, next year.

Also returning next fall is “Larry’s Country Diner Live,” a stage show presentation of the popular RFD-TV show that draws more than 1.5 million viewers every week.

The production will return for five shows only, Sept. 17-21. In addition to the cast of Larry Black, Keith Bilbrey, Sheriff Jimmy Capps, Renae the waitress and Nadine the avid church lady, each show will also feature a special guest performer.

With Nashville recording artist Billy Dean opting to hit the road in 2018, the folks at the Jim Stafford Theatre had quite a large hole to fill, according to General Manager Chris Wainscott.

“Billy Dean’s announcement that he would not be returning to the Jim Stafford Theatre meant we were left with some pretty big shoes to fill, shoes that could not be filled by just anyone, nor by just any show,” Wainscott said. “We knew we had to come up with something very special, and we believe we have just the thing to fill that gap with ‘Heartland Country.’

According to Wainscott, “Heartland Country” will be filled with “nothing but the best classic country music” starring several veteran Branson performers, including Splinter Middleton and Casey Ellison, as well as some new faces to the scene, Kailey Adams and Logan Allen.

Also set to call the Jim Stafford Theatre home next season is “Bluegrass Remedy,” featuring Branson’s Terry Award and Branson Show Award-winning Female Vocalist of the Year Kari Garrison. From Bill Monroe and the Stanley Brothers, to Ricky Skaggs and Alison Krauss and everything between, “Bluegrass Remedy” will “cure your bluegrass blues,” according to Garrison.

In addition to “Heartland Country” and “Bluegrass Remedy,” the Jim Stafford Theatre will also be home to “The Magic and Comedy of Taylor Reed,” as well as the theatre’s namesake, Jim Stafford, who is set to perform all season.

Yates’ show will be an “unscripted, unplugged” 90-minute show where Yates will be joined by two other singer/songwriters from Nashville, casually telling the stories behind the songs they play.

Yates, an award-winning and Grammy-nominated songwriter himself, has penned more than 2,000 songs, some of which have been recorded by the likes of George Strait, George Jones, Kenny Chesney, and more. He also co-wrote the George Jones classics, “I Don’t Need Your Rockin’ Chair” and the Grammy-award winning, “Choices.”

The Americana Theatre will also host “Nedgra Culp & Girls on Fire,” which will feature “three of Branson’s leading female performers who are ready to take on Branson audiences.”

The show is slated to open April 23, with 2 p.m. showtimes Monday, Wednesday and Friday.

Organizers at the Majestic, home of the “Branson Murder Mystery” and the “Comedy Hypnosis Show” will host a new show called “Afternoon with Adele.”

The show is set to feature longtime “Legends in Concert” Adele tribute artist J.C. Marie performing the English singer/songwriters greatest hits, as well as works from other artists who inspired her.

Keep reading the Branson Tri-Lakes News for more information on this show as it becomes available.

Other Comings and Goings:

This year’s “Shuffle” also includes shows relocating to new venues. So far, the “Acrobats of China” have settled in at their new venue, the Acrobats Theatre, formerly RFD-TV the Theatre, “Rock and Roll Revival” moved to the Caravelle Theatre, and comedian Yakov Smirnoff announced he’d be returning to his theater next fall.

As far as acts not returning, in addition to Dean, Leroy New, Little Opry Theatre staple and star of “A Tribute to Marty Robbins and Your Favorite Classic Country Music Stars.”

The “Branson Shuffle” is far from over, so keep reading the Branson Tri-Lakes News, as well as the Branson Live section, and bransontrilakesnews.com.