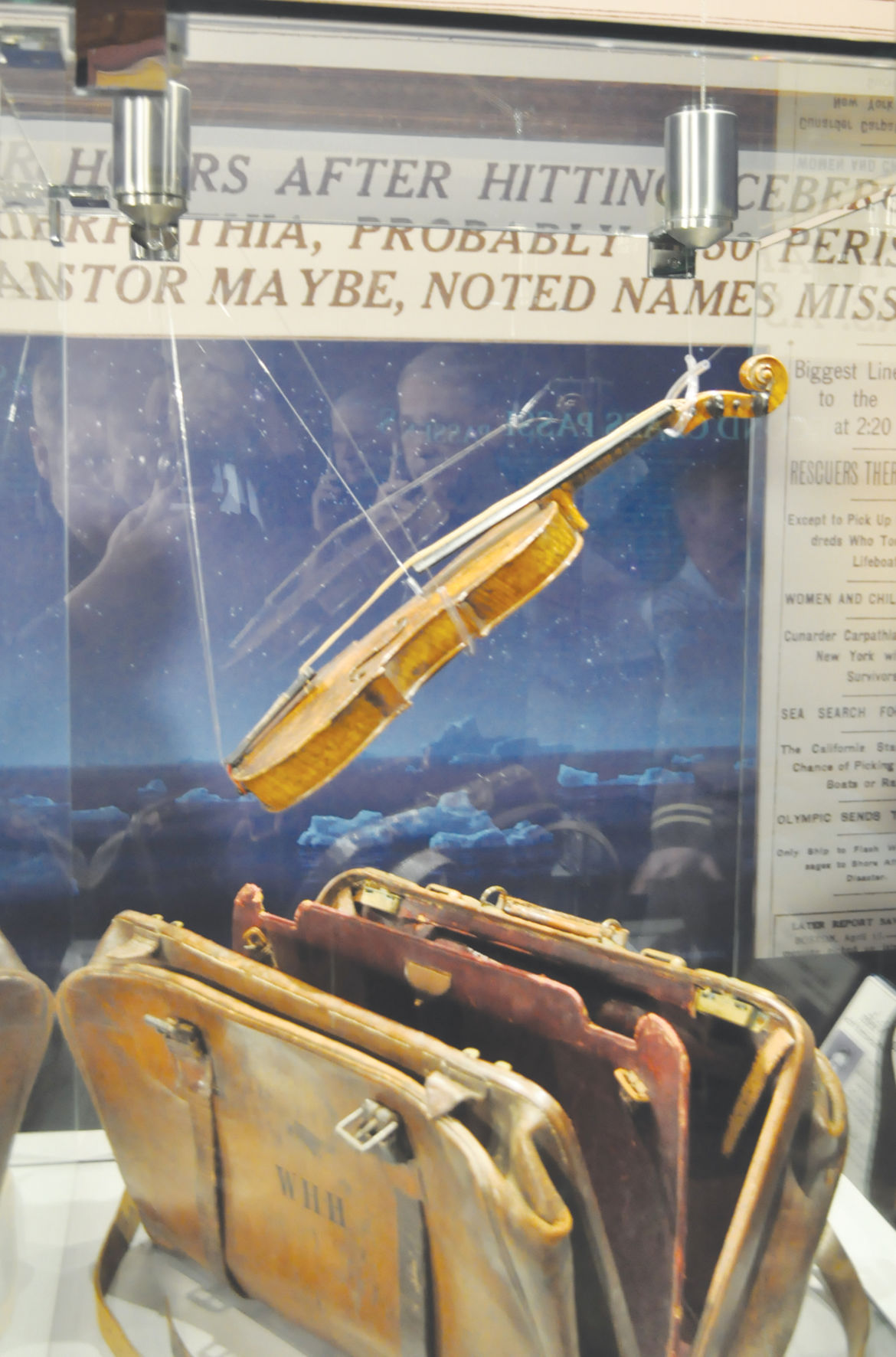 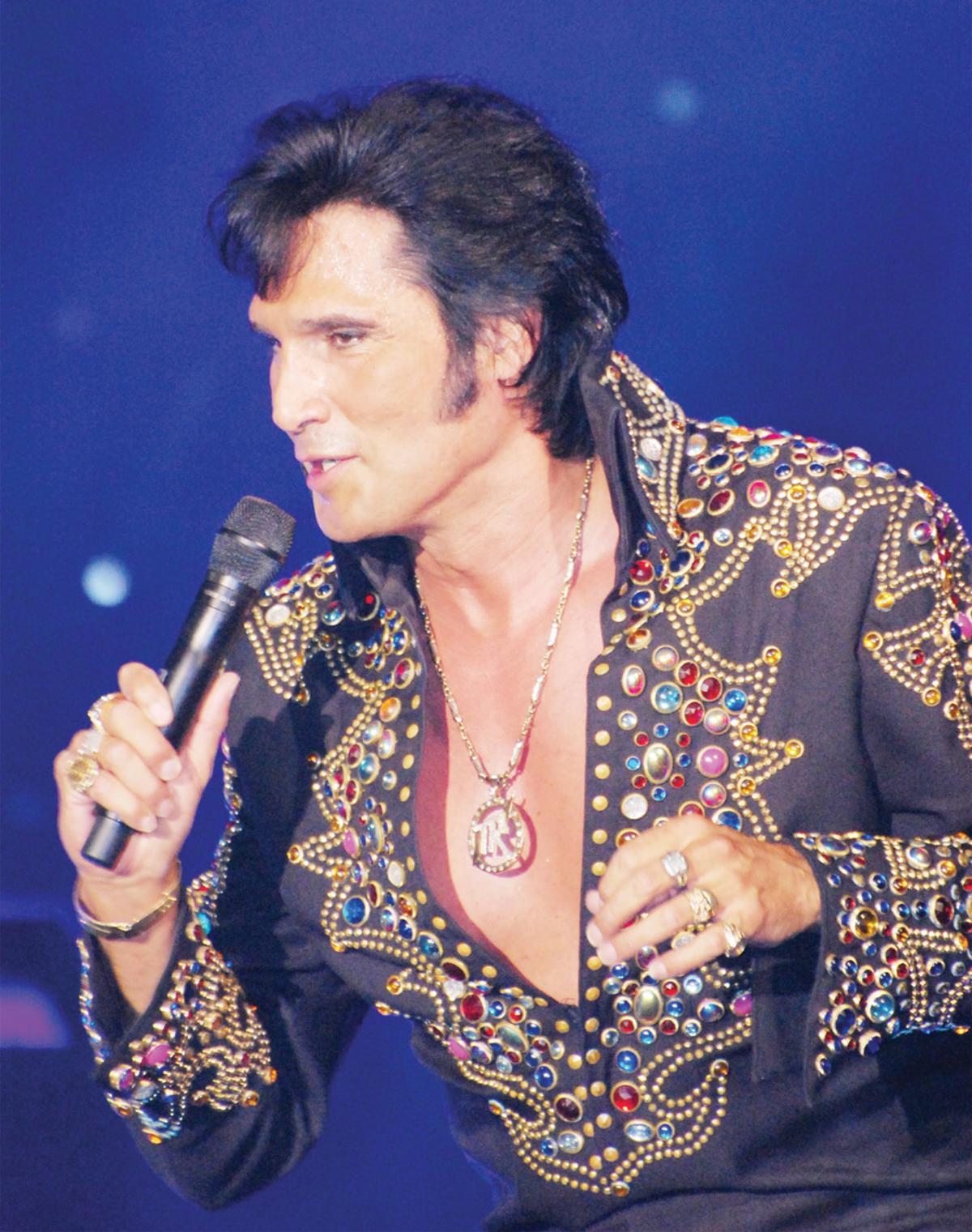 Tony Roi returns to his “House of Rock” Friday for a special Valentine’s Day show. 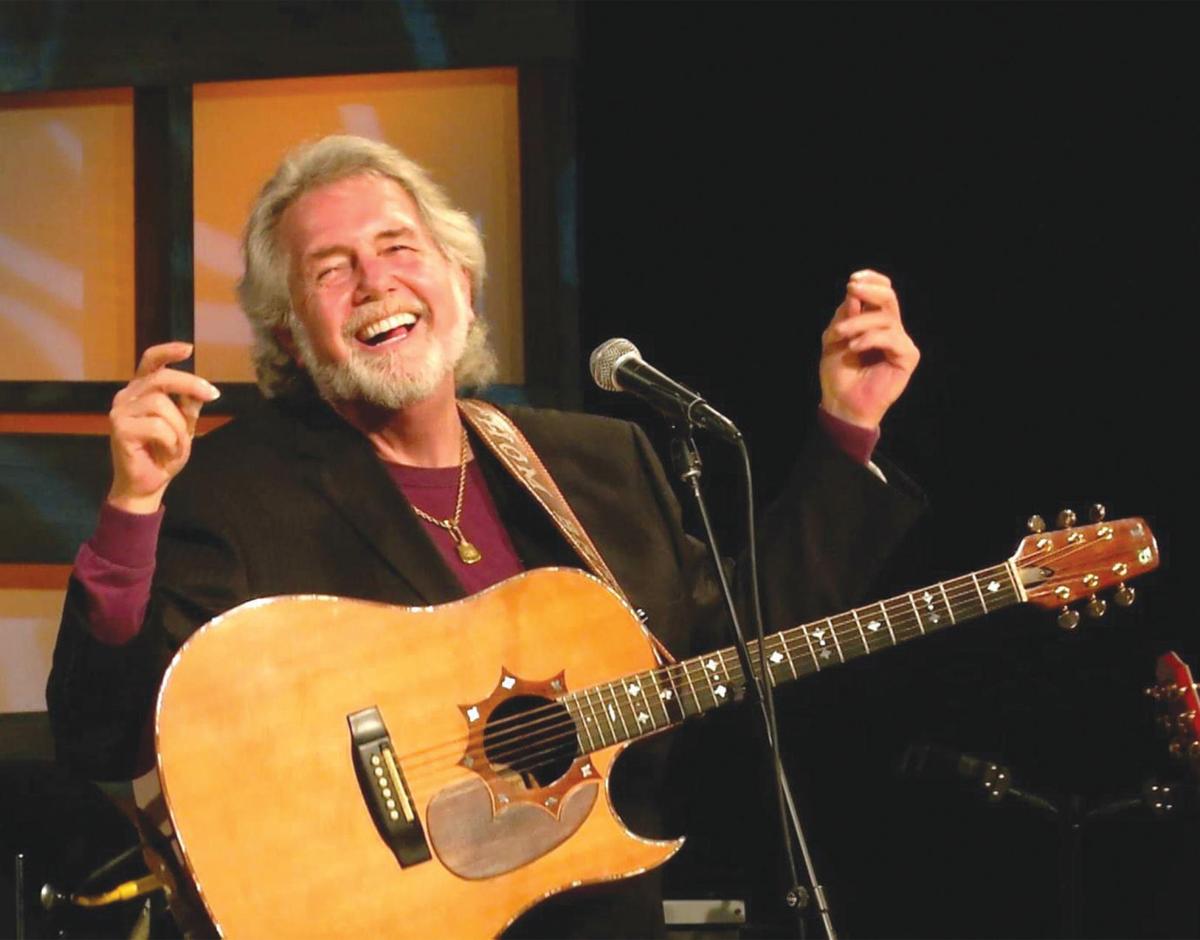 Tony Roi returns to his “House of Rock” Friday for a special Valentine’s Day show.

Hartley Violin back at Titanic

Branson’s Titanic Museum Attraction is again playing host to Titanic bandmaster Wallace Hartley’s’ violin, now numbered among the most famous and costly instruments in the world, through June 15.

“The Hartley Titanic violin is the single most requested and important artifact our visitors have asked to see again. I feel that’s because this fragile reminder of Titanic’s final moments plays on untapped emotions that touch the heart,” Titanic Museum Attractions President, CCO and co-Owner Mary Kellogg-Joslyn said in a release.

“We are honored to have earned the trust of the Hartley Titanic Violin’s unidentified owner, and we are proud to display his extraordinary piece of Titanic history for all the world to see.”

According to reports, Hartley’s body was pulled from the water days after the April 1912 sinking of the Titanic, with his violin case still strapped to his back. In 2005, a damaged violin, which featured an engraved silver plate which connected it to Hartley, was found in the attic of a home in Britain.

After much authentication testing, confirmation was given this found treasure was in fact the Hartley violin.

In 2013, the violin was set to go to auction, but not before being on display at the Branson Titanic for two weeks, making its international public debut.

After making a Branson stop, the violin commanded $1.7 million, at auction in October of 2013, the highest price ever paid for an RMS Titanic artifact.

The new owner is unknown to the public and the violin remains out-of-sight except for exclusive showings at the Titanic Museums in Branson and Pigeon Forge.

In addition to the 2013 showing, the violin was also on display at the Branson Titanic Museum Attraction in 2016.

Loyal Reader(s), I got the chance to see this historic display back in 2016, and I can’t stress the importance of seeing it while you still can. It’s quite awe inspiring and emotional, and most assuredly one of the more significant artifacts to ever be featured in the museum.

One of my favorite performers of all time, Tony Roi, is returning to his home at the “House of Rock,” located inside Grandma’s Cafe, located on Treasure Lake Road, across from the Branson Imax Entertainment Complex, for a special Valentine’s Day show Friday night.

Roi made a name for himself as one of the most iconic Elvis Tribute Artists of all time on the stages of “Legends in Concert,” and even appeared on “Late Night with David Letterman” several times. In addition to being one of the most lauded Elvis Tribute Artists, E.T.A., Roi also has several hit tunes of his own in Europe. For many years, Roi did his own show, “Tony Roi Elvis and More” in Branson until his health issues forced him to take a break from the stage.

In June of 2017, Roi suffered a traumatic brain injury following a fall. According to his family members, the following months were “a roller-coaster of complications and setbacks,” which also saw him slip into a coma for several months. Roi eventually awoke from his coma and began his long and winding road to recovery. He needed long-term inpatient rehabilitation therapy to regain his physical and cognitive functions.

After many months of hard work and rehab, Roi returned to his home at the “House of Rock” last season, much to the delight of his many fans.

The God & Country Theaters are gearing up to host entertainer Thom Bresh for a special show Feb. 20.

According to his website, “from a Southern California stage at the age of three, with a loosely strung ukulele, to one of the many great concert halls in the world today, armed with just a guitar he refers to it as ‘My Band,’ the 2001 inductee into the ‘Thumbpickers Hall of Fame’ and his six string friends have been entertaining people for a lifetime.”

His father, Merle Travis, was one of the most influential American guitarist of the 20th Century.

As Chet Atkins put it, “Thom Bresh is a ‘World Class’ guitarist that deserves to be heard.” On every performance Bresh pays tribute to his father. When he lays into his father’s thumbpickin’ classics, he and that guitar will leave the Travis style pickers hungry and the rest of us breathless.

In addition to paying tribute to his father, Bresh has written theme songs for two major motion pictures and had numerous cuts in his career. His quick comedic timing and sharp ear has made him “an incredible impressionist,” which led to two HBO Specials with Rich Little.

Behind the scenes, as a producer, he has received two Grammy nominations and one for an Academy Award.

“The guitar is my first love, my partner in life,” he said on his website. “We grew up together and we’ll most likely die together. Everything I’ve accomplished was with it. Every great moment in my career was because of it. Remember my heritage. To me, playing the guitar is not about licks and speed. That’s only for the insiders. Playing it makes music and music is an emotion. Emotions are stimulated by feelings and sounds.

“That works on everybody. When the sound and feel are right, wow. I never really learned how to play the guitar, I  was born with it.”

Tickets are $20, and local favorite Mike McAdoo will open for Bresh.

According to a release I got earlier this week, a new venue called The Ruby Room at the Majestic is set to open  in April. The Ruby Room, located on the third floor of the Majestic, will seat 80 people.

The release also stated the Ruby Room will be a “showroom for rhythm & blues in Branson,” and will feature two shows,  “Dancing in the Streets – a Motown Revue” and “Doo Wop & the Drifters”.

Both shows star Branson’s critically acclaimed Motown performers Derek Ventura, Andre Shepard, Doc Hutchinson and Earl Lee. These cats are fantastic performers, and I absolutely love the fact all that great music will have a unique home.

Derek Ventura is a former member of the Drifters and has been performing in Branson at various theaters for several years.  His show “Doo Wop & the Drifters” won the Best Male Vocal Group at the 2018 Branson’s Awards Show.

The release also stated the Ruby Room is owned by Derek and Kay Ventura, who re imaged some “as is” space at the Majestic to create an atmosphere that falls somewhere between a theater and a lounge.

“Branson isn’t just for the older folks, or the country-western music lovers as some may assume,” the Venturas said in the statement. “It continues to be a great family friendly vacation destination that continually caters to all age groups, nationalities, and ethnicities who love a wide variety of different music genres.”Plans also include bringing back table service to audiences with appetizers, shareable flatbreads, desserts and bar service.

“We will have another offering and that is ‘flexibility,’” the release also attributed to the Venturas. “Because we are small we can re-write the rules, juggle our schedule and adjust our ticket price to accommodate groups, buses or any special event.”

Keep reading the Branson Tri-Lakes News for more on this story as information becomes available.

In addition to the handful of shows already open, and “The Haygoods,” who return Saturday night, several more are gearing up to take the stage over the next few weeks.

The Branson Tribute Theatre will open for the 2020 season Monday with “Take it to the Limit Tribute to The Eagles.” The show is a concert-style production paying tribute to some of the biggest songs in music history. The playlist includes “Take it to the Limit,” “Take It Easy,” “Hotel California” and many more.

The show is a “rockumentary” style production with video and narration setting the stage for some of the biggest songs in music history. The playlist includes “Proud Mary,” “Suzie Q,” “Bad Moon Risin,’” “Down On The Corner,” “Fortunate Son” and many more.

The tribute Theatre’s trio of shows opening next week wraps with the “Tribute to Southern Rock” show Wednesday.

The show is a concert-style production with video and narration setting the stage for some of the biggest songs in music history. The playlist includes hits from Molly Hatchet, ZZ Top, the Allman Brothers, .38 Special, and of course, Lynyrd Skynyrd.

Also set to return Wednesday, Feb. 12, is “Six,” one of Branson’s most popular shows, opening in their inaugural season at Dick Clark’s American Bandstand Theater. Often referred to as an “orchestra of human voices,” the brothers of “Six,” Barry, Kevin, Lynn, Jak, Owen and Curtis Knudsen, have been performing a cappela tunes for more than 40 years.

For the past 13 years, the brothers have united to perform pretty much every kind of music one could think of, along with all kinds of interesting special effect sounds using only their voices, right here in Branson.

Next Thursday, Feb. 13, performer Alice Faye returns for another year of “All Crazy ‘Bout Patsy” at the Hot Hits Theatre, located in downtown Branson.

The show features the hits of the late Patsy Cline, as well as other country music favorites.