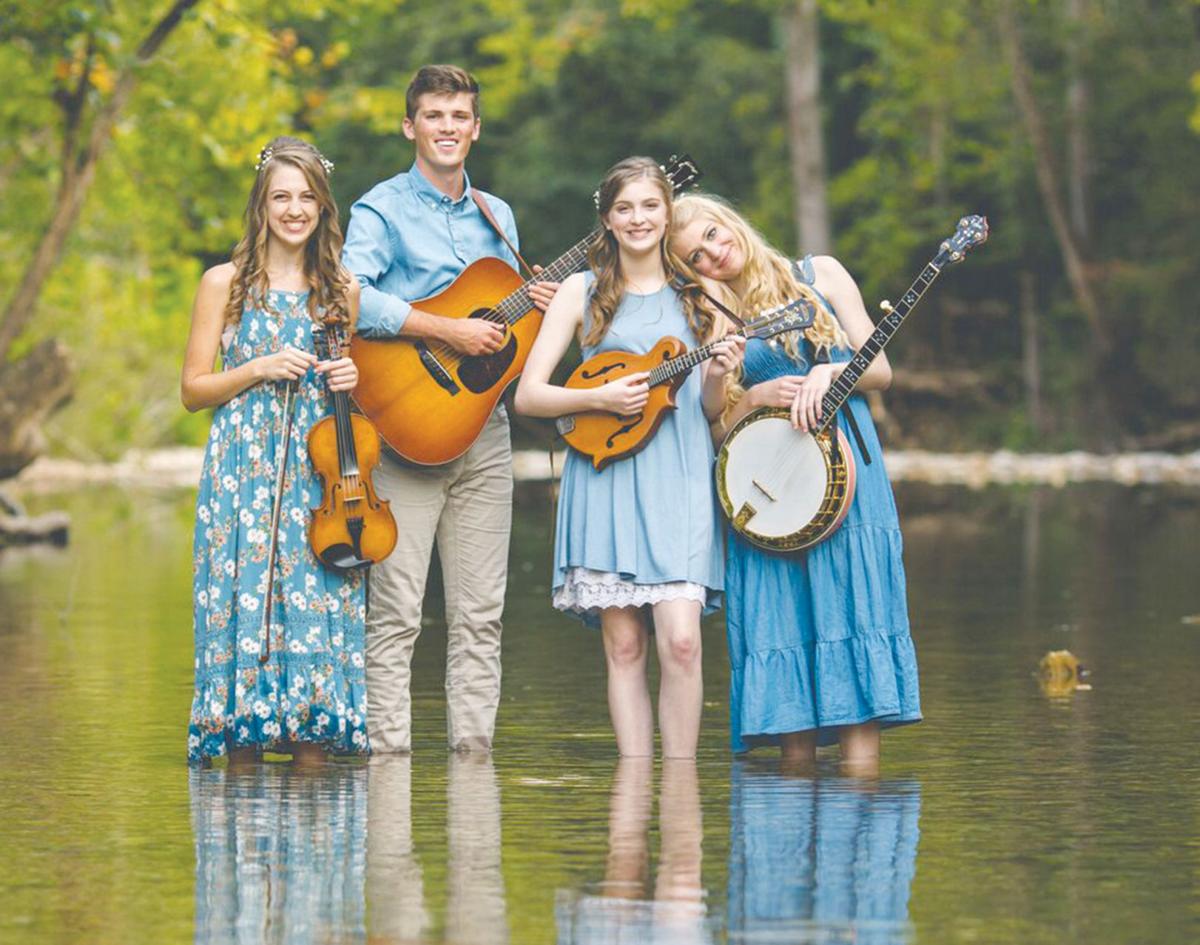 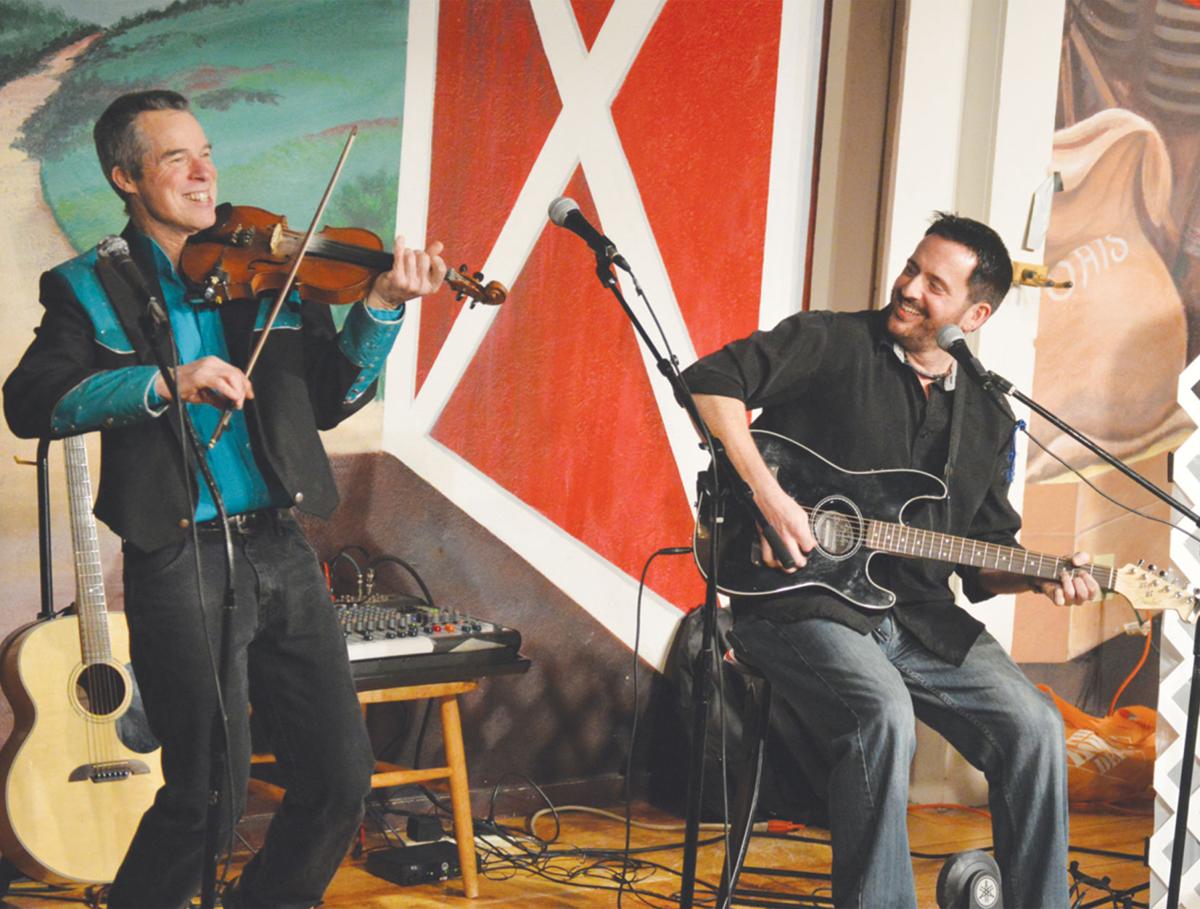 George Geisser, left, Josh Carroll and the rest of the “George Jones and Friends Remembered” show returns to the Little Opry Theatre this week.

George Geisser, left, Josh Carroll and the rest of the “George Jones and Friends Remembered” show returns to the Little Opry Theatre this week.

The current list of Branson shows open for the season, “Grand Jubilee,” “Comedy Jamboree,” “Amazing Pets” and “Mike Walker Lasting Impressions,” are getting some company over the next few weeks as more than a handful of productions are set to debut.

Friday afternoon sees the return of the  “George Jones and Friends Remembered” show at its winter home inside the Little Opry Theatre.

Longtime Branson singer, musician and entertainer George Geisser again fronts the show, along with a group of musicians, features “a trip down memory lane with the music of Jones, Tammy Wynette, Waylon Jennings, Willie Nelson and more,” is always lots of fun. Geisser, also the show’s writer, producer, and emcee, weaves stories, jokes and bits about Jones into the show, while also drawing parallels to his own story.

In addition to the “Legends In Concert” show (see story above), Saturday will also see the Petersen family and their bluegrass band return to the Little Opry Theatre inside the Branson Imax Entertainment Complex.

Tuesday night, Feb. 4, the Hughes family, also known as the “World’s largest performing family,” return to the stage at the Hughes Family Theatre for the 2020 edition of “The Hughes Music Show.”

Starring the Hughes brothers, Jason, Marty, Andy and Ryan, as well as their wives and kids, “The Hughes Music Show” includes pop, rock, country, Broadway and just about everything else under the sun. Last year I touted the 2019 version as “my favorite Hughes production ever,” and I can’t wait to see what they have in store for this year.

The “Sons,” as they’re known, include Earl Vaughan, Randy Plummer  and Louis Darby. They begin each show with a couple of per-determined tunes before opening things up for requests. This is one of the only shows in town where the audience is in charge.

Showtimes are 7 p.m. Thursday and Friday, and 2 p.m. Saturdays through February.

The Branson tribute Theatre will open for the 2020 season Feb. 10 with “Take it to the Limit Tribute to The Eagles,” followed by “Bad Moon Risin’ Tribute to Creedence Clearwater Revival” Feb. 11. The “Tribute to Southern Rock” show returns Feb. 12.

Also set to return Feb. 12 is “Six,” one of Branson’s most popular shows, opening in their inaugural season at Dick Clark’s American Bandstand Theater.

Ozark Mountain Country’s only live, weekly radio and TV show, “Branson Country USA,” is back at the Grand Country Music Hall Friday at 10:30 p.m. and this week’s show will be headlined by the Petersen family.

A few seasons back, the younger Petersens, Katie, Ellen, Matt and Julianne Petersen, began taking a more active role in the content and direction of the group. They perform all over the world when they aren’t headlining their show at the Little Opry Theatre.

Showtime is 10:30 p.m. Friday at the Grand Country Music Hall.

Producers for the upcoming Branson regional Arts Council production of “The Odd Couple,” written by Neil Simon and set to be directed by Jody Madaras, recently announced the cast members for the show.

This hit show tells the tale of Oscar Madison, a carefree, good-natured, divorced sportswriter who lives alone in a messy eight-room New York apartment, and his relationship with Felix Unger, a fussy, neat-freak-type man who knows that he is difficult to live with but cannot—or will not—make any concessions or compromises.

This comedy production under the direction of Madaras and Assistant Director Sean Neil Myers, and is being produced by Kim Hale, Lisa Murphy and Karie Dykeman, with artistic assistance from Justin Ables.

“The Odd Couple” by Neil Simon is set to take the stage for five shows March 19-22.

Advance reserved seat tickets are on sale at BransonArts.org/tix.

The folks at Dolly Parton’s Stampede  will be hosting a hiring event Monday at the venue.

According to their Facebook page, management is looking for servers, gift shop personnel, food service positions, techs, table hands, performers and horseback riders. For those auditioning for performer roles, dance and horsemanship experience is not required, but is helpful.

The event runs from 9 a.m. until 2 p.m. at Dolly Parton’s Stampede Monday. Visit dpstampede.com/branson for more.