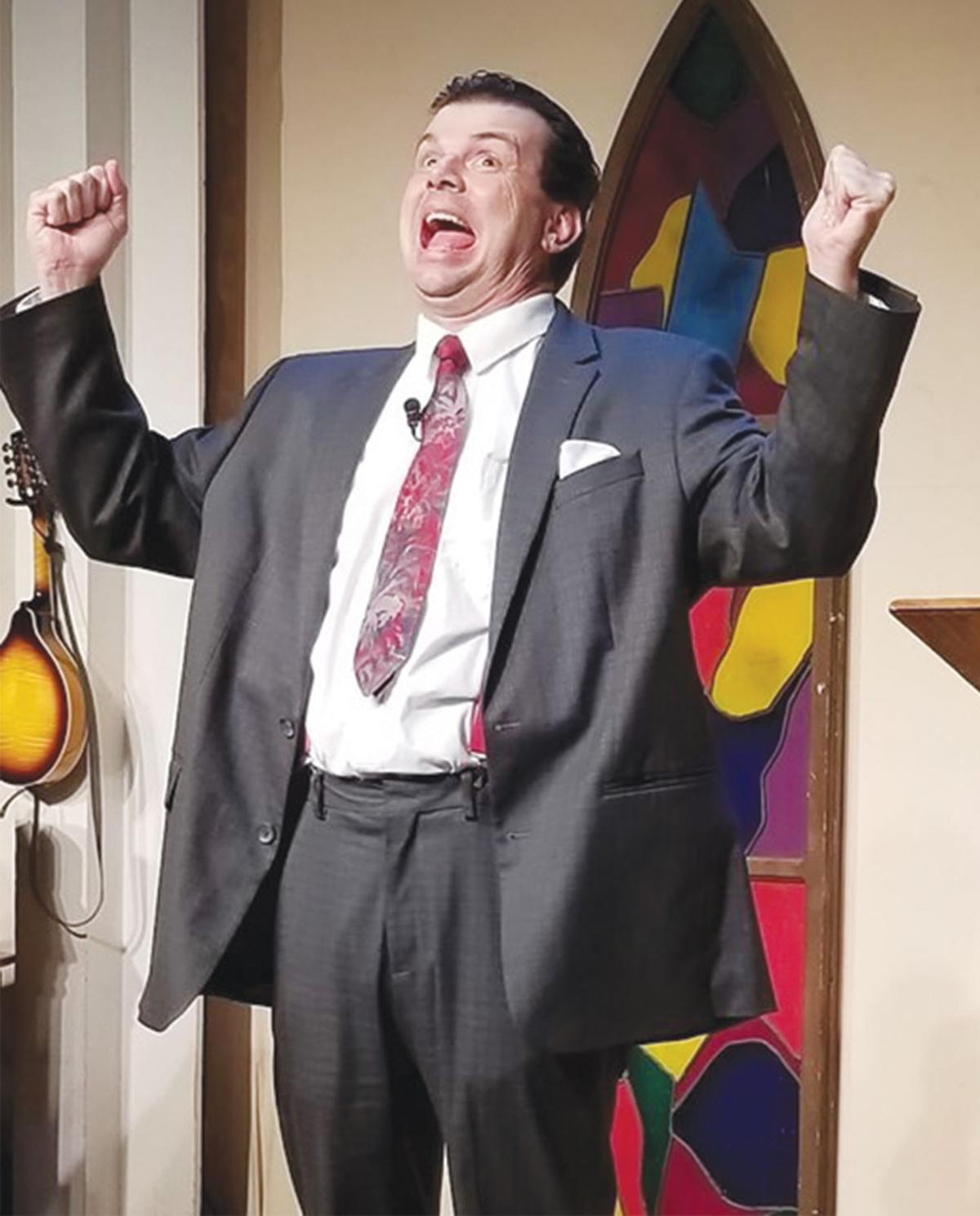 Chris Stanley and the rest of the “Smoke on the Mountain” cast are looking for two new female leads, and will hold auditions Monday at the Little Opry Theatre. 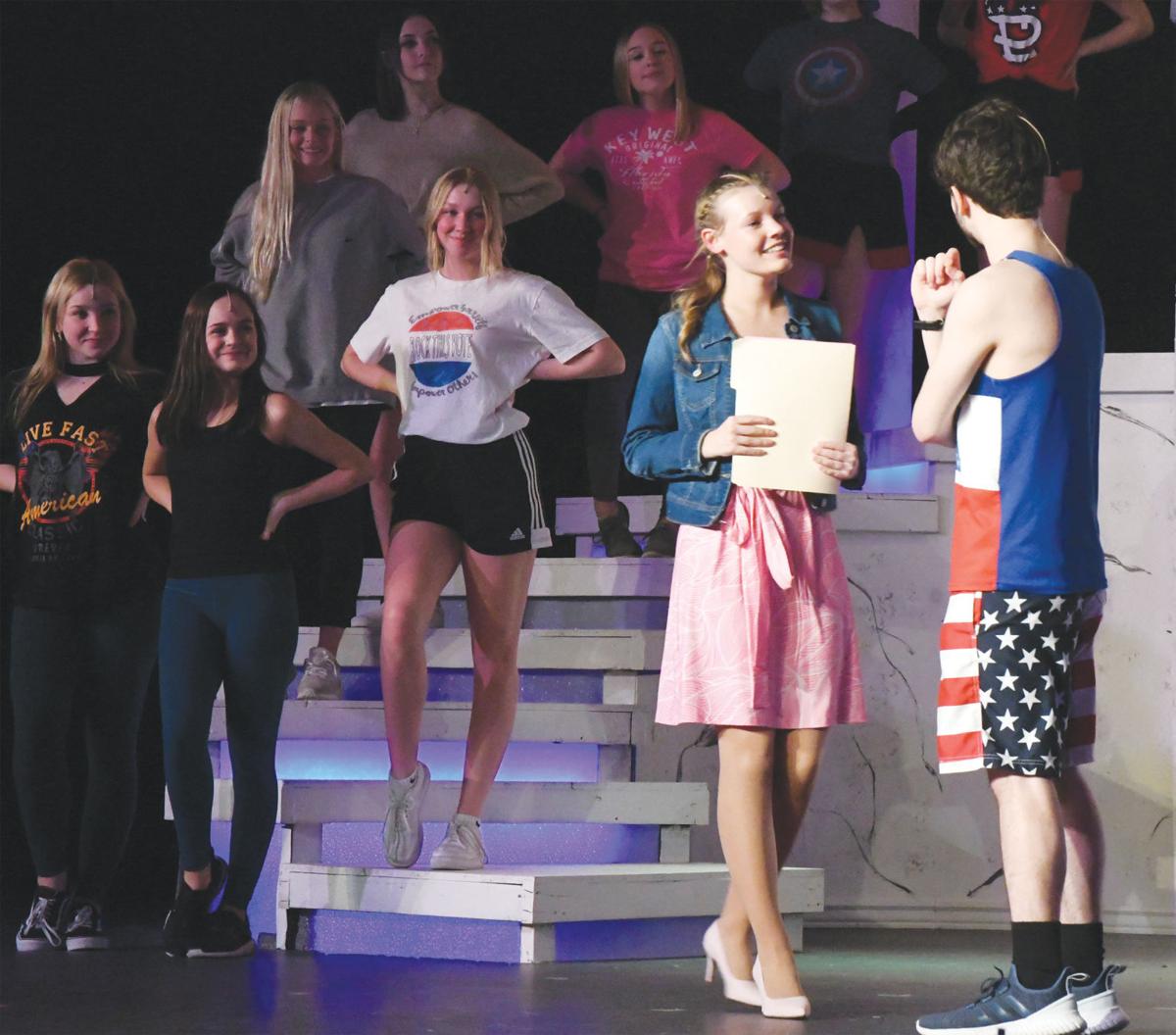 The cast of “Legally Blonde The Musical” will wrap the production with two shows Saturday at Branson High School.

Chris Stanley and the rest of the “Smoke on the Mountain” cast are looking for two new female leads, and will hold auditions Monday at the Little Opry Theatre.

The cast of “Legally Blonde The Musical” will wrap the production with two shows Saturday at Branson High School.

‘Smoke on the Mountain’ auditions set for Monday

Those auditioning should bring a head shot, a resume, and two songs to sing on CD or phone/tablet. A monologue will be provided.

“Smoke on the Mountain” is an off-Broadway musical comedy that was written by Connie Ray and conceived by Alan Bailey. The title of the production comes from Psalms 104:32: “He who looks at the Earth, and it trembles, who touches the mountains, and they smoke.”

Set in 1938, the show follows the exploits of the singing Sanders family, who perform traditional and bluegrass gospel songs for the members of the Mount Pleasant Baptist Church in Mount Pleasant, N.C.

The cast consists of seven singers, performers and musicians taking on the roles of Stanley, Denise, Dennis, Burl, Vera, Pastor Oglethorpe and June.

The show begins as Pastor Oglethorpe welcomes the family to church. He is anxiously awaiting the singing Sanders family, who had a little difficulty making it to the church on time. As the members of the family begin to show up, their individual stories, as well as their beliefs, are shared during a church service. Unlike most shows in the area, the audience has a part to play, as well. They serve as members of the congregation.

Not only is this one of Branson’s longest-running shows, it is also one of the most popular, drawing great crowds all season long.

During next week’s auditions for “Smoke on the Mountain,” producers will be looking for the two main female roles, Denise and June.

For the character of Denise, one of the twins, those auditioning must be a strong singer, and playing an instrument is a plus.

For the character of June, the older sister, those auditioning must be a strong comedic performer, and must play, or be willing to learn to play, many percussion instruments.

Auditions will take place from 4 until 6 p.m. at Branson’s Imax Entertainment Complex in the Little Opry Theater.

As the spring months draw near, more shows and attractions are gearing up to open for the 2020 season. This weekend sees several special productions, as well as the returns of several local favorites.

“Legally Blonde The Musical” is based on the 2001 hit MGM film “Legally Blonde,” which was adapted as a musical in 2007. The musical version features music and lyrics by Laurence O’Keefe and Nell Benjamin, as well as a book by Heather Hach.

The story follows Elle Woods, a sorority girl who appears to have it all. Unfortunately for Woods, her boyfriend Warner soon dumps her in order to attend Harvard Law School. Determined to get him back, Woods manages to get into the law school, all the while, struggling to gain acceptance from her peers, professors, and her ex.

Also set for Saturday afternoon is the Branson Regional Arts Council’s newest production, “The Wizard of Oz,” live on stage at the Historic Owen Theatre in downtown Branson. This will be the RSC version of “The Wizard of Oz,” which is a more technically complex production, recreates the dialogue and structure of the classic MGM film, which has been entertaining audiences for 80 years.

As an added bonus, the cast is also hosting two exclusive “Land of Oz Parties” Saturday, as well as Feb. 29 at noon both days. Tickets are $25 per child,  with all proceeds benefiting the Branson Regional Arts Council’s Youth Education Fund. The “Land of Oz Party” includes special party favors, treats, games, an official cast signed “Wizard of Oz” poster, and a meet and greet photo session with some of the stars of the show. Registration is limited to 25 children per event. Advance tickets are available at BransonArts.org/tix.

Saturday night, the “Motown Downtown” show is back for another season filling the Hot Hits Theatre in downtown Branson, according to their website.

Thursday, Feb. 20, the God & Country Theaters are gearing up to host entertainer Thom Bresh for a special show.

According to his website, “from a Southern California stage at the age of three, with a loosely strung ukulele, to one of the many great concert halls in the world today, armed with just a guitar he refers to it as ‘My Band,’ the 2001 inductee into the ‘Thumbpickers Hall of Fame’ and his six-string friends have been entertaining people for a lifetime.”

His father, Merle Travis, was one of the most influential American guitarist of the 20th Century.

As Chet Atkins put it, “Thom Bresh is a ‘World Class’ guitarist that deserves to be heard.” On every performance Bresh pays tribute to his father. When he lays into his father’s thumbpickin’ classics, he and that guitar will leave the Travis style pickers hungry and the rest of us breathless.

In addition to paying tribute to his father, Bresh has written theme songs for two major motion pictures and had numerous cuts in his career. His quick comedic timing and sharp ear has made him “an incredible impressionist,” which led to two HBO Specials with Rich Little.

Behind the scenes, as a producer, he has received two Grammy nominations and one for an Academy Award.

Tickets are $20, and local favorite Mike McAdoo will open for Bresh.

Next Friday, Feb. 21, Dolly Parton’s Stampede Dinner Attraction, one of Branson’s most popular attractions, is back for another season in Ozark Mountain Country.

The show features more than 30 horses and cast of trick riders filling a 35,000-square-foot arena with a friendly competition pitting the North against the South with activities including horse riding stunts at top speeds, special effects, and a musical productions.

Originally from Colorado, Acoustic Eidolon has graced stages throughout the US, Europe, Australia, and Canada. With 11 CDs and a DVD to their credit, these artists continue to captivate audiences throughout the world with their signature “new acoustic” sound and boundless possibilities in blending Celtic, Americana, World & Flamenco musical influences, something that Dirty Linen Magazine praises as “a sumptuous musical feast.”

They are described by the Swallow Hill Music Association as “an evening of brilliant instrumentality.”

Their original sound is created by the mixing of their diverse musical backgrounds and their unusual instrumentation including the one-of-a-kind double neck guitjo, an instrument of Joe’s own design. The double-neck guitjo has 14 strings and Joe has developed his own style and technique, playing both necks simultaneously.

Classically-trained cellist Hannah Alkire studied with G. Magyar of the Hungarian String Quartet and is recognized internationally for her stunning tone and emotional, impeccable playing and for taking the cello places it’s never been before.

Tickets are $20 and can be purchased online at  rockhousecenterforthearts.org/calendar-tickets.