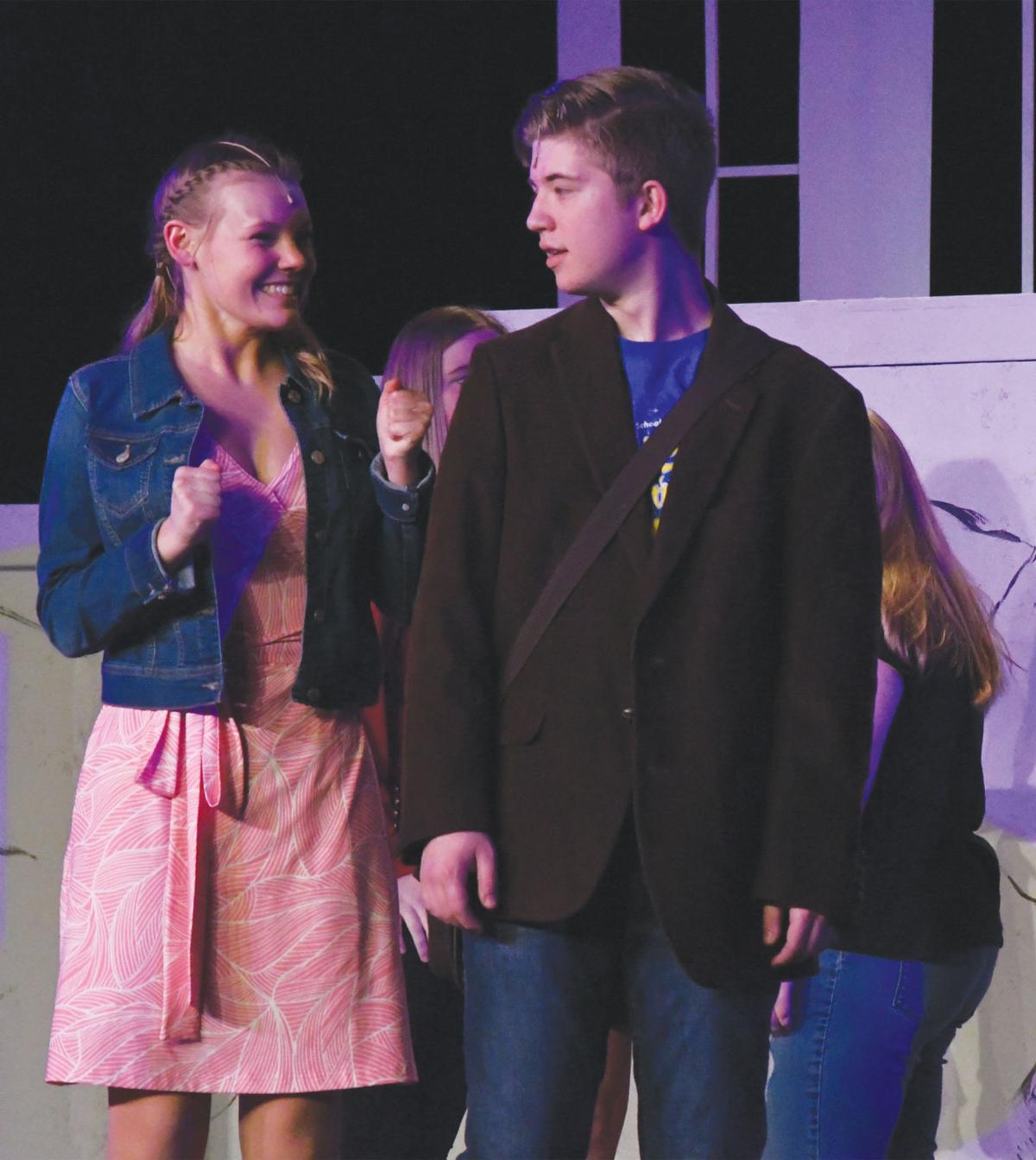 Makenzie Godfrey, left, Alex Knudsen and the rest of the cast of “Legally Blonde The Musical” gear up for the show, which opens Thursday night at Branson high School. 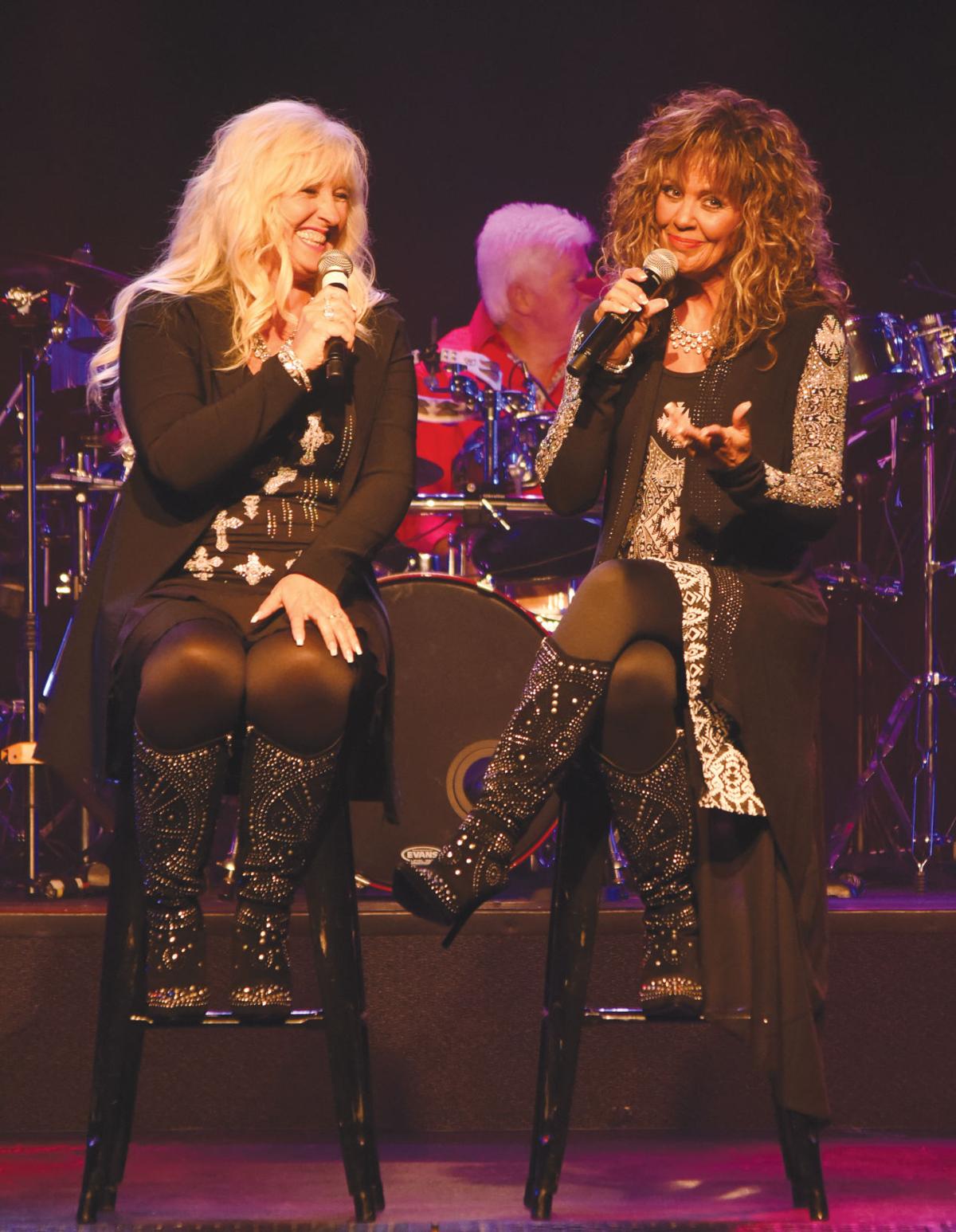 Makenzie Godfrey, left, Alex Knudsen and the rest of the cast of “Legally Blonde The Musical” gear up for the show, which opens Thursday night at Branson high School.

Valentine’s Day is Friday, and there is no shortage of unique things to do here in Ozark Mountain Country.

Like they do for just about every holiday, the Hughes family, stars of “The Hughes Music Show,” will host a special event Friday night. Things get rolling at 5:30 p.m. with dinner and a “classic movie,” followed by “fun renewal of vows.” The evening will wrap with the “World’s largest performing family” rolling out their new 2020 edition of “The Hughes Music Show,” starring the Hughes brothers, Jason, Marty, Andy and Ryan, as well as their wives and kids.

“The Hughes Music Show” includes pop, rock, country, Broadway and just about everything else under the sun.

For tickets and additional information, visit Visit hughes-brothers.com, or call 417-334-0076.

One of Branson’s newest venues, The Choices Concert Hall, is also hosting a special show, as well as dinner on Valentine’s Day. The live entertainment will feature local performers Kari Garrison, as well as “The Stutterettes,” Tammy and Tonya Bilyeu.

Garrison, currently a part of “Clay Cooper’s Country Express,” has been a part of the live entertainment scene for more than a decade, sharing the stage, and the studio, with some of the biggest stars in the bluegrass world, as well as alongside country legend Moe Bandy.

She’s also been a part of “The Paul Harris Show.” After performing alongside Bandy for eight years, Garrison joined the “Clay Cooper Country Express” show several seasons ago.

As far as Tammy and Tonya, these ladies grew up performing with their family, Branson’s founding show, “The Baldknobbers Jamboree.” After that, they went on to perform with Country Music Hall of Famer Mel Tillis for more than a decade as “The Stutterettes.” They currently headline the “Ozarks Gospel” and “Ozarks Country” show at Grand Country.

Also back for a special Valentine’s Day show is Tony Roi, who will perform at the “House of Rock,” located inside Grandma’s Cafe, located on Treasure Lake Road, across from the Branson Imax Entertainment Complex.

Roi made a name for himself as one of the most iconic Elvis Tribute Artists of all time on the stages of “Legends in Concert,” and even appeared on “Late Night with David Letterman” several times. In addition to being one of the most lauded Elvis Tribute Artists, E.T.A., Roi also has several hit tunes of his own in Europe. For many years, Roi did his own show, “Tony Roi Elvis and More” in Branson until his health issues forced him to take a break from the stage.

Roi returned to his home at the “House of Rock” last season, much to the delight of his many fans.

In addition to the special shows, “Branson’s Famous Baldknobbers” opens for the 2020 season, their 61st overall, other shows set for Friday night include the Tribute Theatre’s “Bad Moon Risin’ Tribute to Creedence Clearwater Revival,” “Grand Jubilee” at Grand Country, “Six” at Dick Clark’s American Bandstand Theater, “Motown Downtown” at the Hot Hits Theatre, and the “Sons of Britches” at the Little Opry Theatre inside Branson’s Imax Entertainment Complex.

‘Legally Blonde The Musical’ this weekend at Branson High School

The Branson High School Performing Arts Department are set to debut their latest production, “Legally Blonde The Musical” Thursday night, with a second performance set for Friday, as well as two shows Saturday.

“Legally Blonde The Musical” is based on the 2001 hit MGM film “Legally Blonde,” which was adapted as a musical in 2007. The musical version features music and lyrics by Laurence O’Keefe and Nell Benjamin, as well as a book by Heather Hach.

The story follows Elle Woods, a sorority girl who appears to have it all. Unfortunately for Woods, her boyfriend Warner soon dumps her in order to attend Harvard Law School. Determined to get him back, Woods manages to get into the law school, all the while, struggling to gain acceptance from her peers, professors, and her ex.

“I love the movie, love Reese Witherspoon, and I even loved the musical before I found out we were going to do it, but this show is the most fun, and probably most difficult show we’ve ever done here in Branson,” said senior Mackenzie Godfrey, who is headlining her final Branson High School production. “Everyone has important roles, from our deck crew to our lighting and sound technicians, and especially the band members. It’s such a team effort, everyone has put so much work into this show, which is so difficult, but lots of fun. Everyone who is a part of this should be recognized for their work, so everyone needs to come see all of our hard work.”

Since “Legally Blonde The Musical” is the final Branson High School production of the season, it also marks the final show for the seniors, including Godfrey, as well as her co-star Alex Knudsen.

“It still isn’t real yet,” Godfrey said. “I don’t think it will be real until the curtain call on the last show. I’m sure it will hit me that, wow, I’m never going to be on this stage doing this again.”

“Yeah, once we get to that last performance, I’m sure it will hit hard,” Knudsen added. “But, it’s also the close of one chapter and the opening of the next, so I’m excited for what the future holds.”

Both students were also quick to praise the importance of Erin Moody, Branson High School’s theater teacher and director.

“I really want to thank Mrs. Moody for being amazing in dealing with all of us,” Godfrey said with a laugh. “She always makes sure we have the most amazing productions we could possibly put on.”

“This whole company, cast, crew and orchestra, everyone, has worked their absolute butts off,” Knudsen said. “Everyone is so loving and kind in their willingness to put on this production. This is a drama department, but we really have a drama-free atmosphere, which is such a positive environment. To have a  drama-free drama department like this has a lot to do with Mrs. Moody, who knows how to work, and how to have fun.

“I would not be where I am with my acting skills without her.”

The Branson Regional Arts Council, BRAC, is unveiling its newest production, “The Wizard Of Oz,” live on stage at the Historic Owen Theatre in Branson Friday night for the first of 12 performances through March 1.

This will be the RSC version of “The Wizard of Oz,” which is a more technically complex production, recreates the dialogue and structure of the classic MGM film, which has been entertaining audiences for 80 years. This production will include the songs “Over The Rainbow,” “Munchkinland (Ding Dong! The Witch Is Dead),” “If I Only Had A Brain/A Heart/The Nerve,” “We’re Off To See The Wizard (Follow The Yellow Brick Road),” “The Jitterbug,” and “The Merry Old Land of Oz,” “Poppies (Optimistic Voices)” and “If I Were King Of The Forest.”

“This musical has always held a very special place in my heart,” says Director Jacob Deck. “I’ve been in love with this tale since before I could walk, and I would like to thank my amazing cast for bringing the story to life.

“Their hard work and dedication truly shows in their performance.”

Also, organizers are giving special recognition to Nileen Little of Camp Little Paws for training the furriest member of the cast, JoJo, who plays the role of Dorothy’s clever canine, Toto.

As an added bonus, the cast is also hosting two exclusive “Land Of Oz Parties” on Feb 15 and 29 at noon both days. Tickets are $25 per child,  with all proceeds benefiting the Branson Regional Arts Council’s Youth Education Fund, which provides training, performance, and scholarship opportunities for youth in our area.

The “Land of Oz Party” includes special party favors, treats, games, an official cast signed “Wizard of Oz” poster, and a meet and greet photo session with some of the stars of the show. Registration is limited to 25 children per event. Advance tickets are available at BransonArts.org/tix.

Advanced reserved seat tickets are highly recommended and on sale at BransonArts.org/tix or by calling the box office at 417-336-4255.