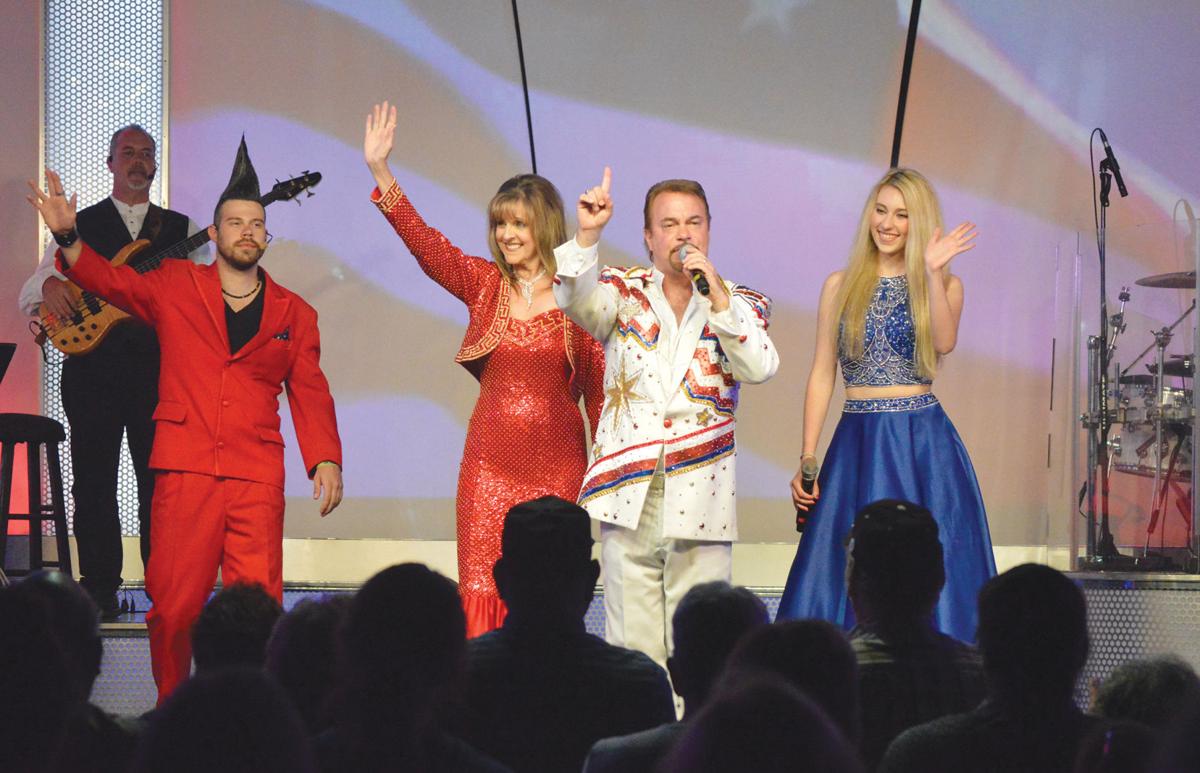 The cast of “The Doug Gabriel Show,” including Jordan, from left, Cheryl, Doug and Jasmine Gabriel, will call the Branson Famous Theatre home in 2020. 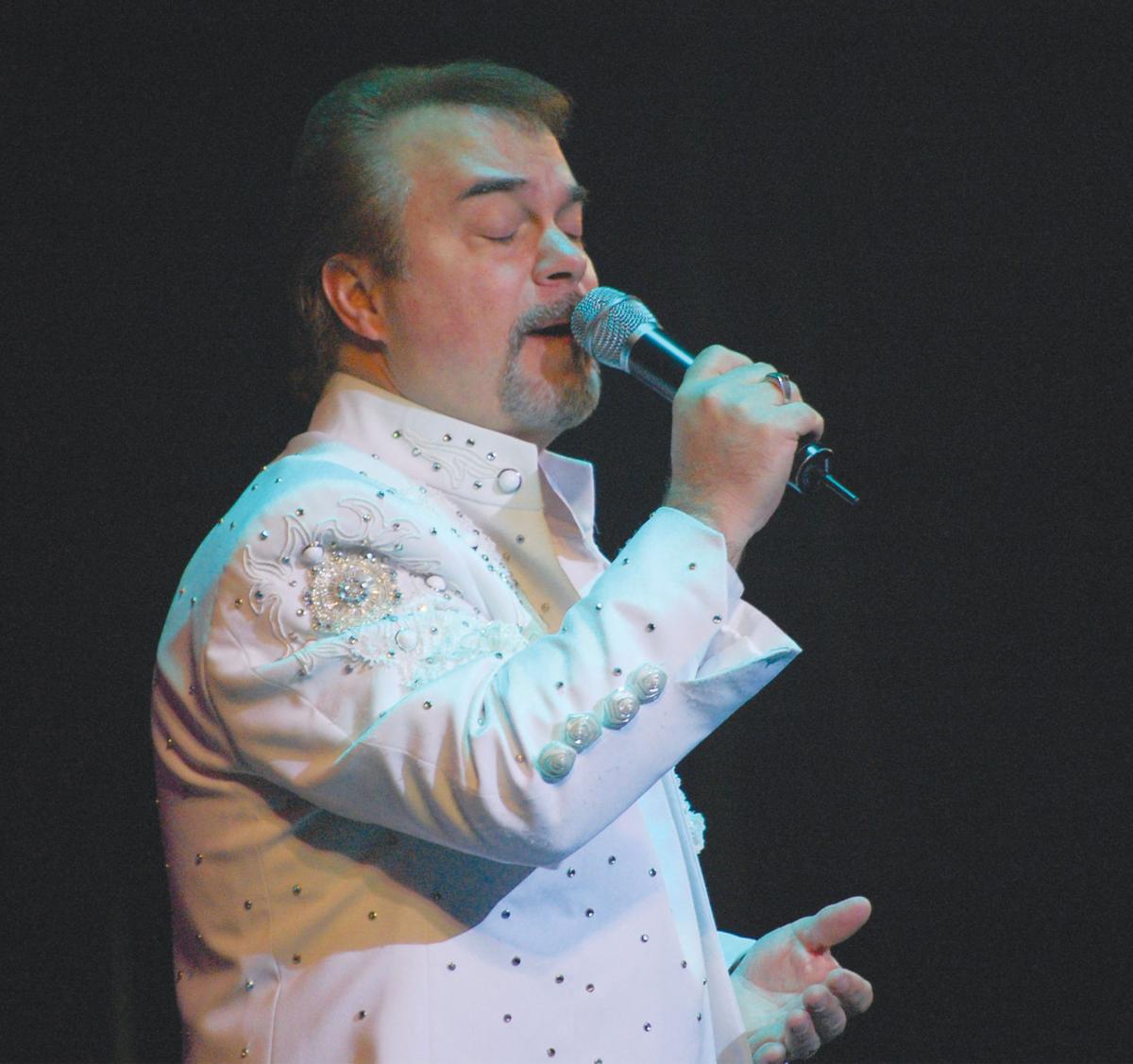 Doug Gabriel is calling the Branson Famous Theatre home for “The Doug Gabriel Show” in 2020.

The cast of “The Doug Gabriel Show,” including Jordan, from left, Cheryl, Doug and Jasmine Gabriel, will call the Branson Famous Theatre home in 2020.

Doug Gabriel is calling the Branson Famous Theatre home for “The Doug Gabriel Show” in 2020.

One of Branson’s most tenured entertainers, Doug Gabriel, is joining the ”Branson Shuffle,” the unofficial nickname for shows and performers changing venues from season to season, as he will call the Branson Famous Theatre home in 2020.

“We are thrilled to be a part of the amazing lineup of shows at the Branson Famous Theatre,” Gabriel said in a release. “The Mabe family and our family have been good friends for many years, and to be joining them in their theater is going to be amazing.”

Born in Cedar Springs, Iowa, Gabriel knew that he loved to sing and play from an early age.

“Not only did I know what I wanted to do from an early age, I knew it was what God wanted me to do,” he said. “He gave me this ability, and I enjoy doing it, I enjoy touching people’s lives.”

Gabriel was first brought to Branson in 1985 by entertainer Chisai Childs, who performed at the old Starlite Theatre between 1981-88.

“My band, the ‘New Relations,’ had played with her at a show in Grapevine, Texas, in the ‘80s and she remembered me,” Gabriel said. “Then she suggested I come to Branson and perform.”

Gabriel was then put through a live audition in front of an audience, with Child’s grandmother serving as the judge.

“If she gave you the thumbs up, then you got the job, but if she didn’t, you were out,” Gabriel said. “Luckily, I got two thumbs up, and I have been here ever since.”

Gabriel played for Childs through the ‘80s before taking a job at the Roy Clark Celebrity Theatre in the early 1990s. Gabriel was a member of a group called “Celebrity Sound,” which opened for the acts performing at Clark’s theater.

“Roy and I ended up being great friends,” Gabriel said. “That is one of the main reasons I invited him to come back years later.”

Gabriel and Clark would end up playing shows together for four seasons.

In 1994, after nine years performing in town, Gabriel decided to throw caution to the wind and open his own morning show.

“I had some history here in town and had gotten to know several of the area receptives,” Gabriel said. “So I basically went around and asked them all if they would support me in my own show, and I began building up a clientele. I really started from the ground up.”

The show began to gain popularity in the mid ‘90s. His show has taken several Branson-area accolades over the years, including 12 times as “Male Vocalist of the Year,” as well as “Show of the Year” honors.

“We all stand for the same things — God, family and country,” Gabriel added. “We are grateful to God for this incredible opportunity. The Branson Famous Theatre will be the place to be in 2020.”

In addition to Gabriel, members of the show “Six” also announced they would call Dick Clark’s American Bandstand Theater home in 2020.

For the past 13 years, the brothers have united to perform pretty much every kind of music one could think of, along with all kinds of interesting special effect sounds using only their voices.

The cast of “Six” will finish out this season at the Hughes Brothers Theatre before opening Feb. 12, 2020, at Dick Clark’s American Bandstand Theater.

In addition to “Six,” a few other shows have announced new homes. “The Johnson Strings” announced earlier this year they would be calling the Americana Theatre home in 2020, while Faith’s Journey, the stars of “Absolutely Country, Definitely Gospel,” will now call the Majestic Theatre home.

Keep reading Branson this Week, as well as the Branson Tri-Lakes News for up-to-the-minute information on the “Branson Shuffle” as it becomes available.