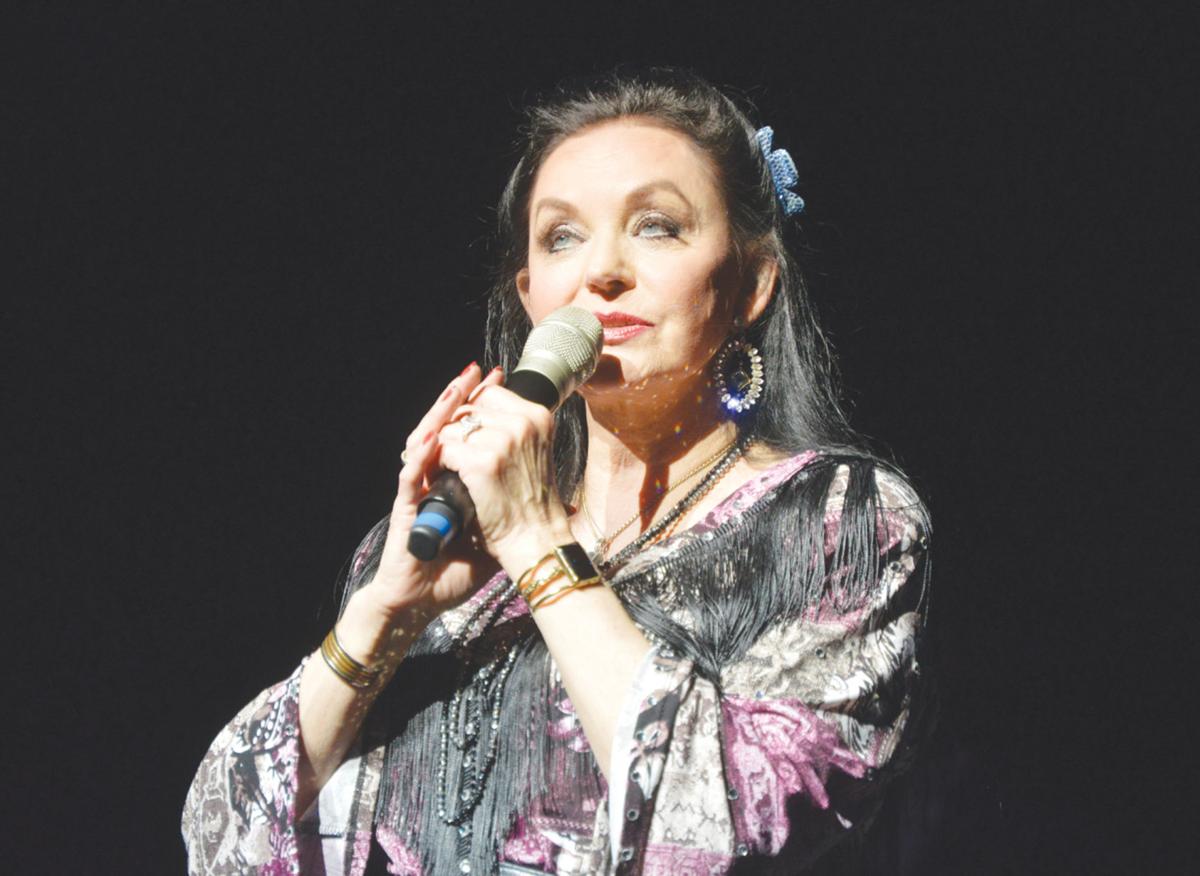 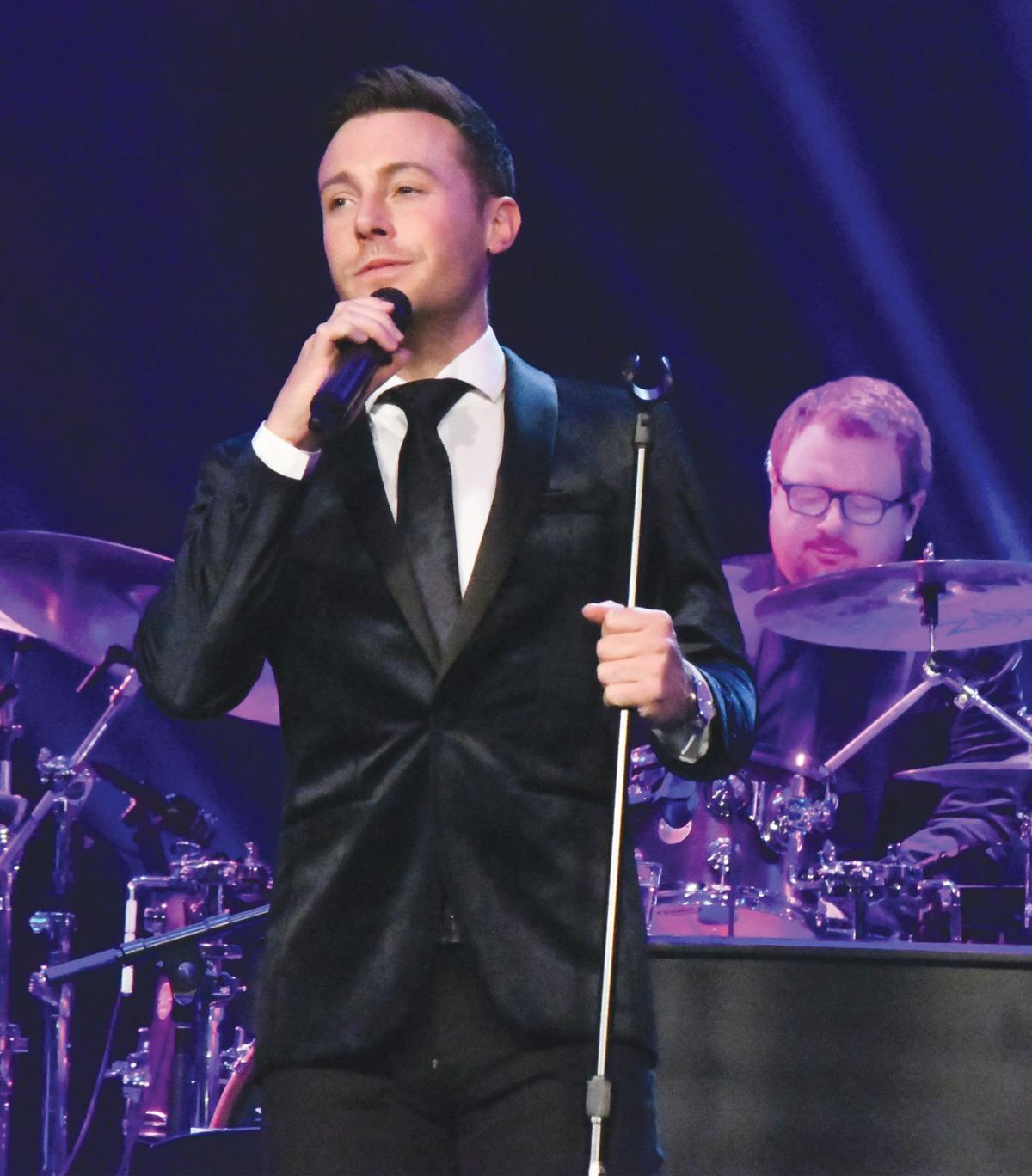 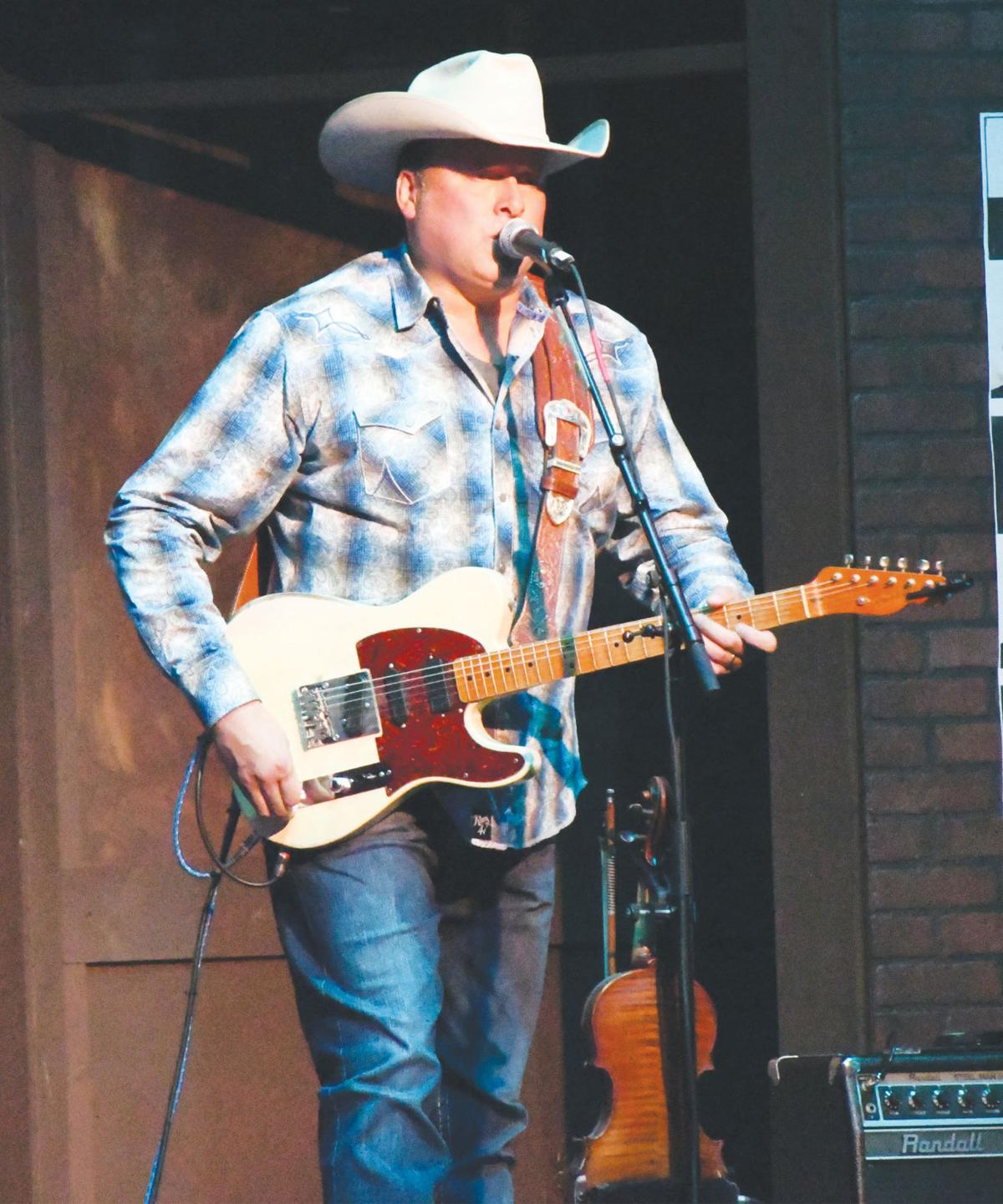 Heath Wright and the band Ricochet will perform at Billy Yates’ Choices Concert Hall next weekend. 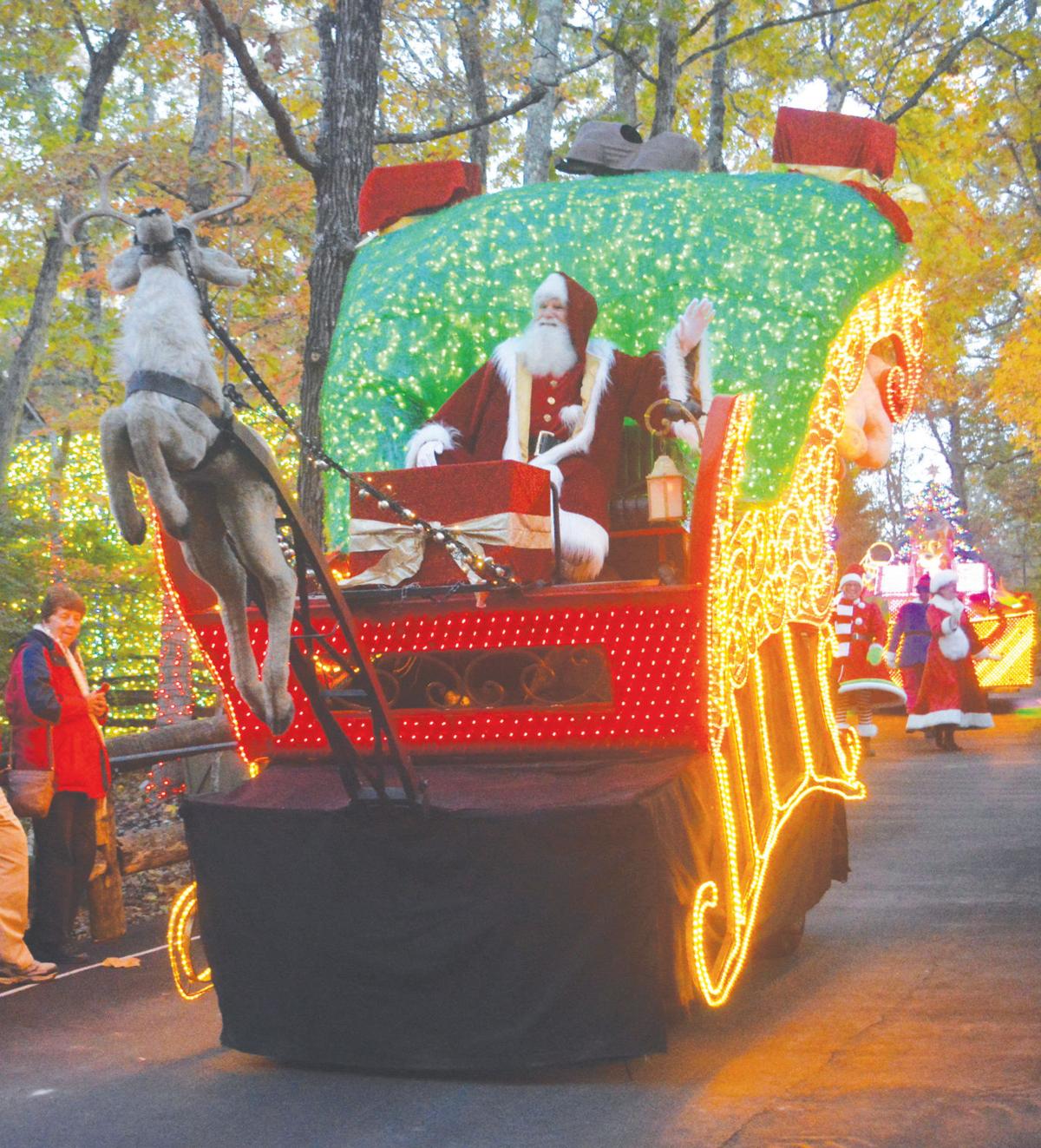 Silver Dollar City’s An Old Time Christmas is again in the running for one of the Best Theme Park Holiday Events in the nation.

Heath Wright and the band Ricochet will perform at Billy Yates’ Choices Concert Hall next weekend.

Silver Dollar City’s An Old Time Christmas is again in the running for one of the Best Theme Park Holiday Events in the nation.

“This show will be a perfect mix of her greatest hits and Christmas favorites,” said Up Close Concerts and Promoter Bob Cannella.

The youngest of eight children and little sister to country superstar Loretta Lynn, Gayle had her own musical aspirations growing up watching her sister. She even joined Lynn on the road and was pulled onstage for a couple of songs. Before graduating from high school, Gayle signed her first contract with Decca Records.

Gayle scored her first success in 1974 with “Wrong Road Again,” followed by her first No. 1 “I’ll Get Over You.” After cutting a few albums and finding her own “middle of the road” style, Gayle charted a few more hits before she became a history-making artist in 1977 with the mega-hit “Don’t It Make My Brown Eyes Blue.”

The song was such a phenomenon and sold so many copies it helped Gayle become the first female country artist to ever be certified platinum.

“I’m not one to really look back on things like that, but it’s nice,” she said with a humble laugh. “I had a good family growing up and we always had enough ... that helps to keep things in perspective.”

Gayle was a worldwide draw and toured with Kenny Rogers and Bob Hope, where she became the first person to tape a performance on the Great Wall of China. Between 1978 and 1987, Gayle tallied another 15 No. 1 hits including “Talking in Your Sleep,” “It’s Like We Never Said Goodbye,” “Why Have You Left the One You Left Me For” and “Half the Way.” Gayle won back-to-back female vocalist honors from the Academy of Country Music in 1976 and 1977 and from the Country Music Association in 1977 and 1978.

For the last 20 years, Gayle has gotten noticed for albums featuring gospel, children’s music, a tribute to Hoagy Carmichael, a collection of pop standards, and concert recordings.

With Gayle’s influence and songs still relevant to many current country artists, the Country Music Hall of Fame even featured an exhibit dedicated to Gayle in 2014.

The final Up Close Concerts show of the season is set for Dec. 4 at Dick Clark’s American Bandstand Theater when Lee Greenwood returns for a Christmas show.

Greenwood is the man responsible for “God Bless the USA,” which has been in the Top 5 on the country singles charts three times, in 1991, 2001 and 2003, giving it the distinction of being the only song in any genre of music to achieve that feat. It was also No. 1 on the pop charts after 9-11. He also took home the Country Music Association Song of the Year honor as the writer of “God Bless the U.S.A.” that year.

In addition to “God Bless the U.S.A.,” Greenwood has a string of hits including “Ring on Her Finger, Time on Her Hands,” “It Turns Me Inside Out,” “Somebody’s Gonna Love You,” “Holdin’ A Good Hand,” “I Don’t Mind the Thorns (If You’re the Rose),” “She’s Lyin’” and “Dixie Road.”

Phil Vassar and Billy Yates will perform at the Welk Resort Theatre March 28, 2020, followed by Michael W. Smith May 9, then Jay and the Americans and BJ Thomas  Oct. 17.

“We still have a few more concerts to announce for next year and it will be a blast,” Cannella added.

Nathan Carter, billed as “Ireland’s top entertainer,” is set to wrap his Branson run at the Mickey Gilley Grand Shanghai Theater Tuesday afternoon. Carter also announced he’d be back in Branson next year with shows set for Nov. 12 through 16, 2020.

As a young man in Liverpool, Carter leaned to play the accordion, and made many trips to Ireland to compete in Fleadh Ceoil, an Irish music festival. By the age of 12, Carter snagged All Ireland medals for singing, and the accordion, and soon became a member of the Liverpool Ceili band. Solo performances soon followed in Liverpool and Ireland.

On a trip to Donegal in 2009, Carter met with songwriter John Farry, and “the rest, as they say, is history.” According to his website, Carter has outsold One Direction, Pharrell Williams and Michael Buble in Ireland. He also became only the second country act to reach No. 1 on the Irish charts, following Garth Brooks, who accomplished the feat six years earlier.

I caught Carter’s show Thursday afternoon, and it was extremely entertaining.  Carter’s personality and talent are on full display, and his song selection is a great mix of original tunes, Irish standards, and of course, some stellar classic country tunes.

I can’t remember the last time I heard someone sing “Almost Persuaded” on a Branson stage, and I loved it.

Carter is joined by a full six-piece band, Chloe Agnew, Chloë Agnew, former star of “Celtic Woman.” Do yourself a favor and check them out while you still can.

Showtimes are 8 p.m. Saturday and Sunday, and 3 p.m. Tuesday.

Little Texas’ first single, “Some Guys Have All the Love,” hit No. 8 on the Billboard Hot Country Singles & Tracks charts in 1991, and they were off and running.

The band’s first album, “First Time for Everything,” spawned five Top 10 hits, including the title track, “You and Forever and Me,” “What Were You Thinking,” and “I’d Rather Miss You.”

Little Texas reached superstar status with the release of the follow-up album, “Big Time,” which has sold more than 3 million copies to date. “What Might Have Been” and “God Blessed Texas” were Top 5 hits, while “My Love” earned the group its first No. 1 hit. Hits from the third album, “Kick a Little” and “Amy’s Back In Austin,” were Top 10 hits and the band grabbed two more Grammy nominations before releasing a greatest-hits package. 1994 also brought the group an Academy of Country Music Award for “Vocal Group of the Year.”

For you folks who want to venture out and have more fun after the shows, the Record Store Troubadours are perfect.

The Record Store Troubadours perform at 9:30 p.m. every Friday and Saturday night, as well as 7 p.m. every Sunday.

Ricochet is the only the only country artist to ever chart “The Star-Spangled Banner,” and is in constant demand to perform it live.

They have performed the anthem for our men and women in uniform at NASCAR Sprint Cup races, Major League Baseball, National Football League, National Hockey League, PBR and PRCA Professional Rodeo events and more. Wright and the boys in Ricochet also performed as part of several USO tours.

Pick up a copy of next week’s Branson This Week publication for more on Wright and Ricochet. Visit choicesconcerthall.com, or call 417-320-6242.

Silver Dollar City in the running for Best in the nation

Since its debut more than three decades ago, Silver Dollar City’s An Old Time Christmas has become one of the country’s most recognized events for spectacular lighting and entertainment.

The festival has been profiled as one of the top holiday celebrations by USA Today, CNN Travel, The Travel Channel and Good Morning America.

With 6.5 million lights and features, including an all-new 8-story special effects Christmas tree part of the new “Joy on Town Square” experience, the intensely lighted Christmas In Midtown, the park has gone all out this year.

As always, the park will feature several live entertainment options as Silver Dollar City’s “A Dickens’ Christmas Carol” and “It’s A Wonderful Life,” both original, Broadway-style productions, return for another season. Other  entertainment options include Santa Claus Lane, the Sing-Along Steam Train, Rudolph’s Christmas Town with crafts and activities, a talking Christmas tree at Tinker Junior’s Toy Shop, and even a holiday-themed Saloon show.