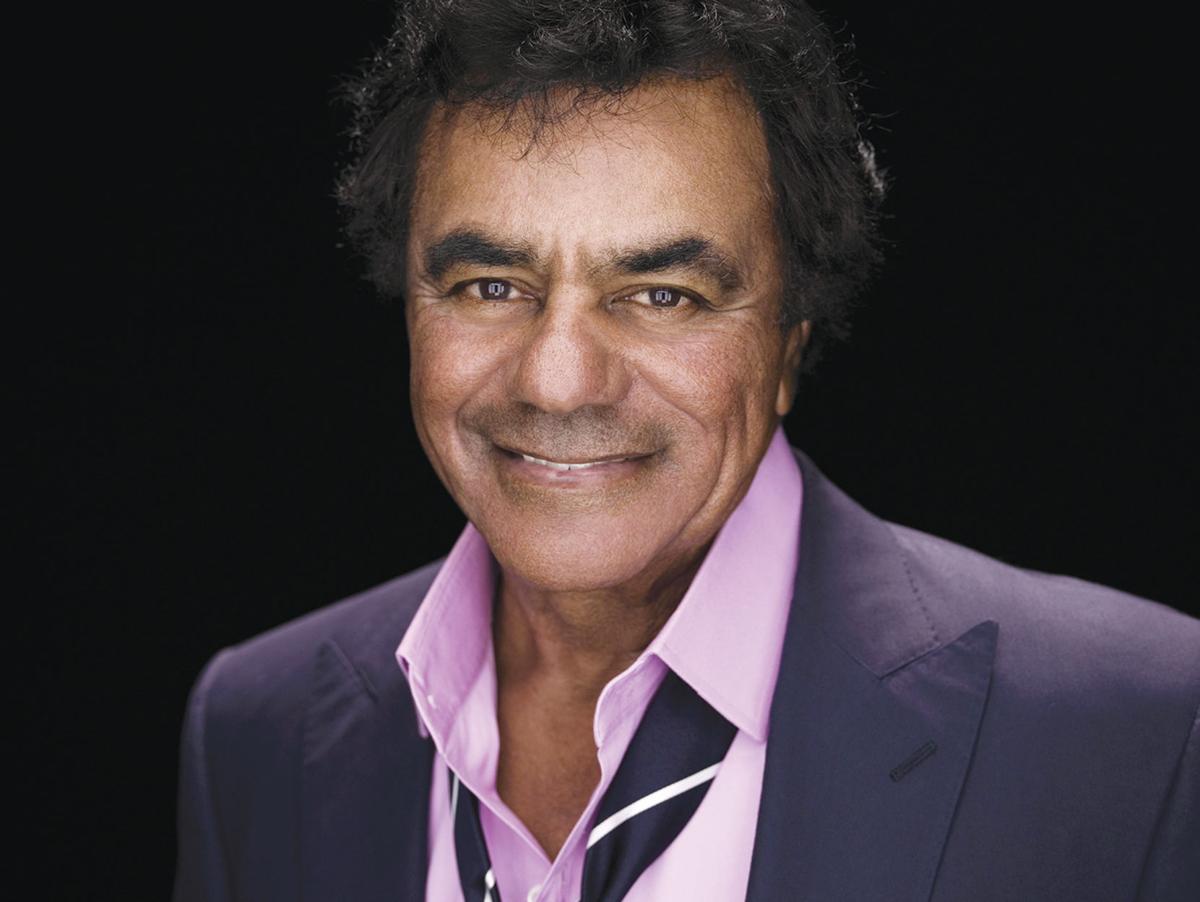 Johnny Mathis will perform his annual Branson shows at the Mansion Theatre Friday and Saturday at 8 p.m. 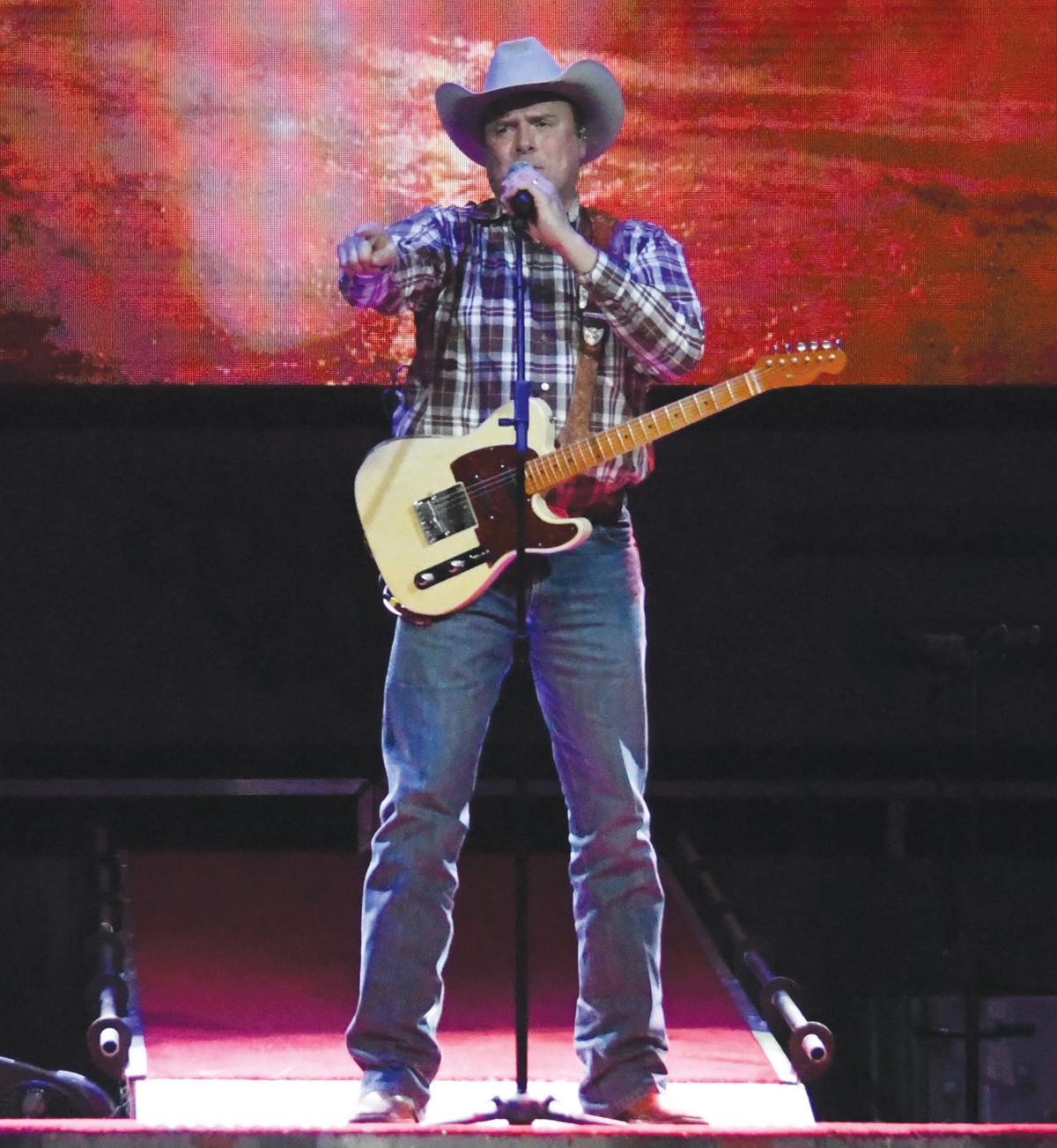 Johnny Mathis will perform his annual Branson shows at the Mansion Theatre Friday and Saturday at 8 p.m.

The Mansion Theatre is hosting three fantastic acts this week, kicking off Wednesday and Thursday with Neal McCoy taking the stage for 3 p.m. shows, followed by the Oak Ridge Boys wrapping their “Down Home Christmas” run at 8 p.m. both nights.

McCoy, a country music hitmaker and one of the most popular live acts working today, also boasts a boatload of hit tunes, including “No Doubt About It,” “Wink,” “The Shake,” “For a Change,” “You Gotta Love That” and “They’re Playin’ Our Song.” McCoy also plays everything else from rock ‘n’ roll to classic big-band era music, and I promise, it’s all fantastic.

He’s also a two-time winner of The Nashville Network-Music City News Entertainer of the Year award, Humanitarian of the Year, USO headliner.

McCoy puts on one of the best shows in Branson, and I highly advise catching him while you can.

According to Sterban, the group’s bass singer, the show is a “two for one” with the guys performing their hits in the first half, followed by Christmas music in the second.

“Don’t worry, there will be plenty of ‘giddy up oom poppa omm poppa mow mow,’ and a lot of other hits in the first half,” Sterban said with a laugh. “Then we do just about every aspect of Christmas and do songs that talk about the fun side of Christmas, the romantic side of Christmas, and everything that makes it special. We sing ‘Jingle Bells,’ with the audience, then Santa Claus comes out, and boy do we have a great Santa.

“Of course, we end on a very spiritual, very sacred note.”

For the “Christmas” portion of the show, the guys will be doing several tunes from their new Christmas album, also called “Down Home Christmas,” as well as traditional favorites.

Another song featured on the album and the show is called “Reindeer on the Roof,” written by Jake Mitchell, Aaron Raitiere, which features Sterban on lead vocals. The producers were so happy with the result, the guys even shot a video with cameo appearances by John Rich, Dennis Quaid and Jamey Johnson.

The Country Music Hall of Famers snagged their first hit with the release of the 1977 album “Y’all Come Back Saloon.” In 1981, the group hit it big with  “Elvira.”

They followed that with another crossover hit, “Bobbie Sue,” and the album went Gold. The current lineup has released more than 40 albums, scored 17 No. 1 hits, and sold more than 41 million albums. Other popular hits include “Trying To Love Two Women,” “Beautiful You,” “Fancy Free,” “I Guess It Never Hurts To Hurt Sometimes,” “Make My Life With You,” and “Touch A Hand, Make A Friend.”

Thursday night’s show will be their final Branson date of the season.

Friday and Saturday nights, the Mansion Theatre is hosting crooner Johnny Mathis for his annual Branson stop with shows at 8 p.m.

Originally from Gilmer, Texas, Mathis and his family moved to Post Street in San Francisco when he was a young man. After learning to play piano and singing in the church choir, school functions, community events and amateur shows in the San Francisco area, his father signed him up for lessons.

In 1954, Mathis enrolled at San Francisco State College with the intention of being an English and Physical Education teacher, but became an athletic star instead. During his college years, a chance encounter with Helen Noga, co-owner of the Black Hawk Night Club, during a Sunday afternoon jam session, resulted in her wanting to manage his career.

After little initial success, Mathis was asked to attend the trials for the 1956 Olympic team, while at the same time, being courted by Columbia Records to New York to start arrangements for his first recording session. Mathis gave up his chance to become a member of the USA Olympic Team and went to New York in March of 1956.

His second album yielded several of his greatest hits in “Wonderful, Wonderful,” and “It’s Not For Me To Say.” Those two songs reached their peaks on the Billboard  pop chart in July of 1957, and were followed by one of his most iconic hits, “Chances Are,” which became his first No. 1.

In late 1959, Mathis recorded another massive hit to his resume with the Erroll Garner composition, “Misty.”

“Johnny Mathis’ Greatest Hits,” which is cited as the first “Greatest Hits” album ever released, went on to become one of the most popular albums of all time and spent an unprecedented 490 continuous weeks on the Billboard Top Albums Chart.

He continued to have chart success for many years. According to record historian Joel Whitburn, Mathis was one of only five recording artists to have Top 40 Hits spanning each of his first four decades as a recording artist.

Over the past 50 years, Mathis has sold more than 350 million records worldwide, and is responsible for 73 charted tunes.

Mathis is set to take the stage at 8 p.m. Friday and Saturday night.

The group was featured on the hit TV show “America’s Got Talent” in 2009, where they became the highest ranking vocal group in the show’s history. Their first PBS special and second album, both titled “You Should Dream,” debuted in 2013 and have been very successful.

The first Texas Tenors album, “Country Roots - Classical Sound,” is the only album to reach No. 1 on the country and classical charts. The trio’s most recent PBS special, “Rise,” was a massive hit.

The guys will present their “Deep in the Heart of Christmas” show Wednesday and Thursday.

The Texas Tenors also serve as hosts for the “Branson Christmas Music Show Special,” set to air on “75 stations across the country, including RFD-TV, as well as WGN beginning Thanksgiving week.  The show will air Dec. 12 at 9 p.m. on RFD-TV.

One of Branson’s coolest venues, Billy Yates’ Choices Concert Hall, is featuring a double-dose of awesomeness Saturday night with the band Ricochet taking the stage at 7:30 p.m. followed by the Record Store Troubadours at 9:30 p.m. for some “dancin’ in Branson.”

Ricochet is fronted by Heath Wright, who is also a current standout in the “Nashville Nights” show, which also calls Choices home.

“I just love being a part of the ‘Nashville Nights’ show, and Choices is a great venue,” Wright said. “When Billy Yates decided he wanted to do a Choices Concert Series and asked if the boys and I wanted to play, we jumped at the chance.”

In 1996, Wright and the members of country group Ricochet watched as their debut single, “What Do I Know,” skyrocket into the Top 5, earning the band the honor of the highest charting debut single of the year.

Over the next few years, Ricochet also saw chart success with hits such as “Love Is Stronger Than Pride,” “He Left a Lot To Be Desired,” and “Ease My Troubled Mind.”

In addition to all those other accolades and hits, Ricochet is the only the only country artist to ever chart “The Star-Spangled Banner,” and is in constant demand to perform it live.

“That happened to be the same week that ‘Daddy’s Money’ was No. 1,” Wright said. “Even though the ‘Star-Spangled Banner’ wasn’t considered a single for us because we put it on Service Radio, it just happened to be July 4 weekend.”

“We were going for more plays trying to get ‘Daddy’s Money’ in that top spot, so we figured if they played one, they’d back it with the other, and it worked for us. The ‘Star-Spangled Banner’ was the Hotshot Debut that week.”

Wright and the boys in Ricochet also performed as part of several USO tours.

I’ve been fortunate enough to catch these cats live, and not only do they flat-out get after it, the venue is perfect for this kind of show.

Once the Ricochet concert is in the books, Choices opens its doors for the Record Store Troubadours, fronted by the husband and wife team of Eric and Lindsey Heatherly.

“We play everything from rockabilly to old school country music,” Lindsey Heatherly said. “I love Tanya Tucker, I love Dolly Parton, I love all the stuff in the 90s, plus with his awesome rockabilly guitar playing, this thing has evolved into this really cool classic, yet modern vibe.

Eric Heatherly spent several years writing and recording his own music, and once he went to Nashville, soon caught on with Shaina Twain’s band, performing with them at the 1997 Country Music Association awards show.

In 2000, Heatherlys’ debut album was released and he burst onto the mainstream music scene with his cover of the Statler Brothers’ 1965 hit “Flowers on the Wall.” His rendition was a Top 10 hit on the Billboard Country charts, eventually reaching No. 6.

He and Lindsey, an accomplished performer in her own right, were married a few years back. In addition to the Heatherlys on bass and guitar, the Record Store Troubadours also feature Steve Ramsey on keys, and Brian Duvall on drums.

“We’re a rockin’ little four-piece,” Eric Heatherly said with a smile. “It’s tight, it’s compact, and there’s a lot of sound coming from the stage.”

As far as what they’re doing every weekend at Choices, the Heatherlys said they play only the best in classic country and rockabilly music, perfect for dancing.

“It’s really important to read the audience and play what they want to hear,” Lindsey Heatherly said. “These people come out to dance the night away and have a great time, and we want to help them do that.”

“We rock until about midnight, and we’ve been having a great time out there watching people dance,” Eric Heatherly said.

In addition to live music, Billy Yates’ Choices Concert Hall features a full bar and menu, as well as the largest dance floor in Branson.

The Ricochet concert is a ticketed event, while the Record Store Troubadours after event is free and open to the public.