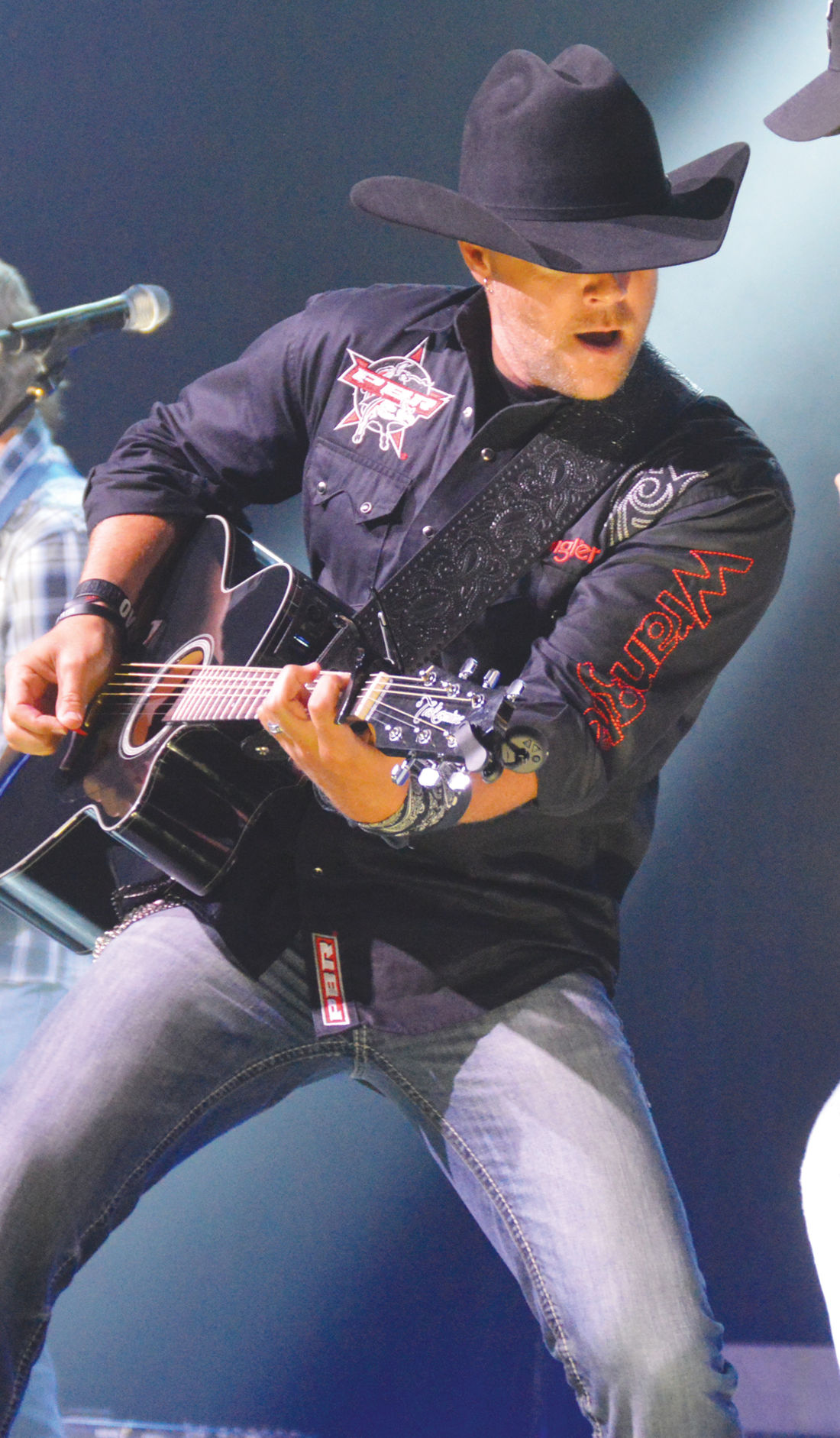 Jason Pritchett is headlining the “Jerseys, Jeans and Jackets Bash” Friday night at the Chateau on the Lake. 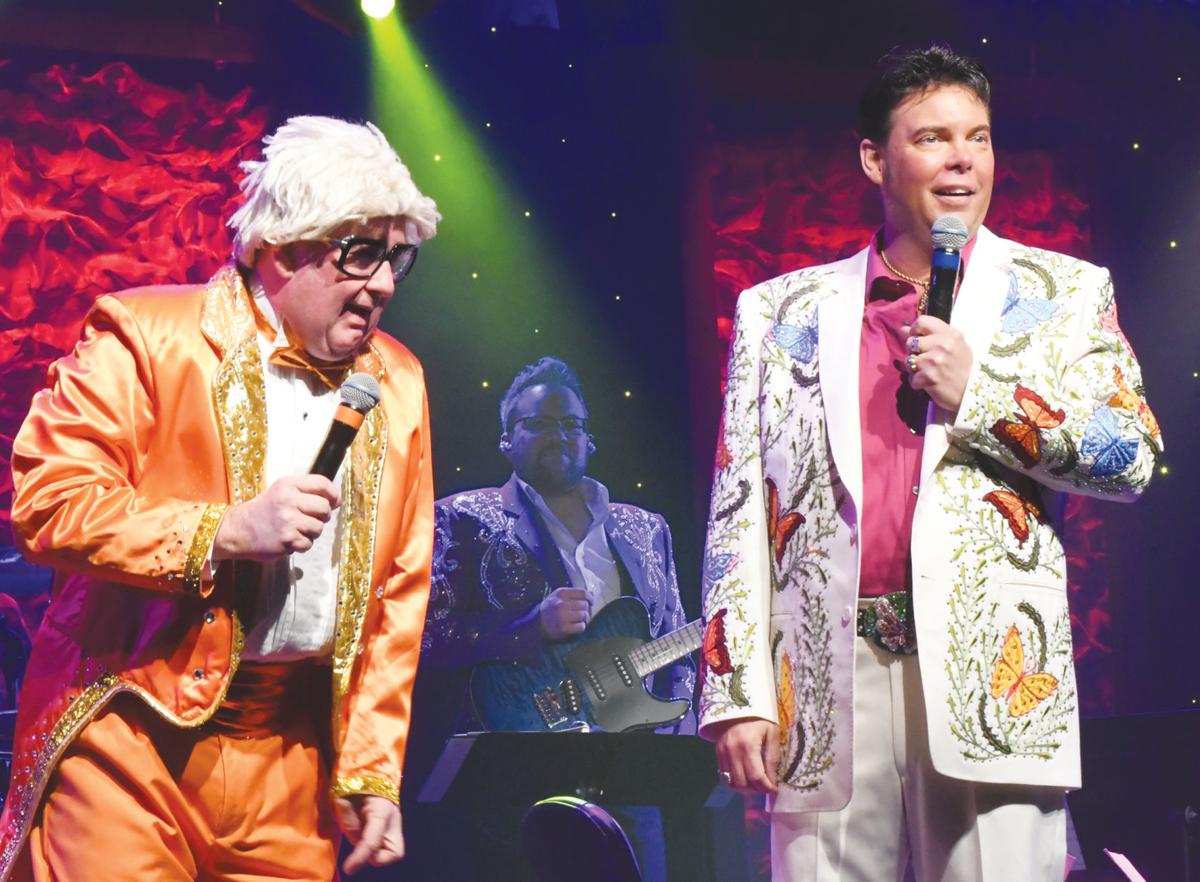 Jamie “Great Dandino” Haage, left, and Mike “The Golden Throat of the Ozarks” Patrick, as well as the rest of “Grand Jubilee” return to Grand Country Thursday night.

Jason Pritchett is headlining the “Jerseys, Jeans and Jackets Bash” Friday night at the Chateau on the Lake.

Jamie “Great Dandino” Haage, left, and Mike “The Golden Throat of the Ozarks” Patrick, as well as the rest of “Grand Jubilee” return to Grand Country Thursday night.

News of the changes broke through several posts on social media, which have since been deleted.

As my Loyal Reader(s) may be aware, several other media outlets wrote stories about the elder Mabe’s departure, which included quotes posted as part of the aforementioned social media posts. As someone who not only loves Branson, but also appreciates and respects the legacy of the Mabe family, as well as the “Bladknobbers” show, which recently celebrated 60 years, I decided a “he said, she said” sensationalized story would directly contradict my feelings.

I reached out to Tim Mabe Sunday evening, and we’re supposed to speak in a few days. Once I chat with him, I’ll write a follow up story.

‘Jubilee,’ ‘Jamboree’ back at Grand Country later this week

After taking some much-needed R&R, the folks at the Grand Country Music Hall are returning to action this week as “Grand Jubilee” returns Thursday night, followed by “Comedy Jamboree” Friday afternoon.

“Grand Jubilee” is fronted by emcee and producer extraordinaire Mike “The Golden Throat of the Ozarks” Patrick, as well as the man, the myth, the legend Jamie “Jim Dandy” Haage, who shares the stage as his co-host/comic relief/star of the show.

The “Grand Jubilee” show is also the new 2020 edition.

Friday afternoon at 3 p.m., “Comedy Jamboree” returns to the stage. Not only is this show thoroughly entertaining, but it is legitimately funny.

Grand Country is also home to the “Amazing Pets” show, which takes the stage at 10 a.m. Saturday and Sunday.

For more information and a full list of guests, visit grandcountry.com.

Well Loyal Reader(s), even though we’re in a rather slow time for the live entertainment scene in Branson, one of my favorite performers in town, Mike Walker, is still headlining his “Lasting Impressions” show at 2 p.m. Tuesdays, Wednesday and most Thursdays throughout the season.

Walker is one of the most talented cats in town, and not only does he have a great voice of his own, he’s also an impressionist, not an impersonator. Walker says the difference between the two is one dresses up and the other is a schizophrenic freak.

He gladly admits he’s the latter.

Aside from a few props here and there, Walker uses his own voice to sound like the most legendary artists of all time, especially those with the most unique voices. He is able to flawlessly channel artists including Ray Charles, Michael Bolton, Kermit the Frog, Elvis Presley, and of course, Conway Twitty. In fact, Walker sounds so much like Conway, he also headlines a show stacked with the man’s biggest hits called “Conway Remembered.”

Anyway, Walker has always boasted his “Lasting Impressions” show is never the same show twice, and he couldn’t be more right. I can’t wait to see him again, and I promise a great time.

Pritchett to headline ‘Jerseys, Jeans & Jackets Bash’ at the Chateau

The Chateau on the Lake is hosting the Hollister Area Chamber of Commerce’s annual Jerseys, Jeans & Jackets Bash at 5:30 p.m. Jan. 17, set to be headlined by Jason Pritchett, the Branson Regional Arts Council’s Staccato Show Choir, as well as local favorite Johnny Lonestar.

According to a release, this event will be “more like a party than a banquet,” as the event will host both live and silent auctions, “amazing food,” a cash bar, games and activities, a wine and whiskey pull, and of course, live entertainment.

Before he was a fixture on the charts, Pritchett, a native of Independence, rode PRCA ranked bulls for several years until he discovered his passion “real” country music.

He soon made his way to Branson, where he performed up and down 76 Country Boulevard. Eventually, Pritchett earned an appearance on “America’s Got Talent,” where he finished in the Top 5 as part of season two.

Following his national TV success, Pritchett continued performing, and even performed in several Branson shows. He soon joined forces with entertainer Billy Dean, and the two began working on new music. Within a few short weeks of release, his first single, “Good Show,” climbed in the Top 20 of the Music Row Breakout Charts, hitting No. 16.

Soon after, he toured in support of his “Buck, Twist, and Jerk” effort by opening for Tyler Farr, Lee Brice, and Thomas Rhett, to name a few. He continued to relentlessly tour and record new music. His latest single “American Made” was a hit on the Music Row Country Breakout Charts.

Joining Pritchett will be the rope-twirling, gun-spinning cowboy Johnny Lonestar, a Branson mainstay for more than a decade. Lonestar snagged his first professional job coming at the age of 20 on the Las Vegas strip as part of “Country Tonite.”

In addition to being a Top 25 finalist on “America’s Got Talent,” Lonestar has also performed in Branson at Silver Dollar City and Celebrate America, as well as in “Joseph and the Technicolor Dream Coat,” “Country Tonite,”  and of course, Clay Cooper’s Country Express,” where he worked for nine seasons.

Lonestar currently shares the stage with the cast of “Hamners Unbelievable Variety Show” at the Hamner Variety Theatre.

The Staccato Show Choir is “an energetic advanced musical group that combines a challenging music repertoire with entertaining choreography.” The choir focuses on elevating and applying its formal training into ”lively, breath-taking ‘show’ style performances.”

Childcare will be available for this event, and there will even be a special V.I.P. room rate for guests who wish to stay overnight.

The Rock House Center for the Arts in reeds Spring is gearing up to host Snaps for Sinners Saturday night.

Snaps for Sinners is a “saucy swing ensemble hellbent on making people dance and have a good time, while also delivering a powerful progressive message that inspires empathy and altruism.” With influences ranging from traditional jazz to folk-punk to country, the band is dedicated to creating an all-inclusive experience through the blending of multicultural arts.

With the release of their new album, “How the Apple Falls” and the success of their debut tour, from Northern California to North Carolina and back, Snaps for Sinners has been igniting audiences nationally.

Tickets are $15 and can be purchased online at  rockhousecenterforthearts.org/calendar-tickets.