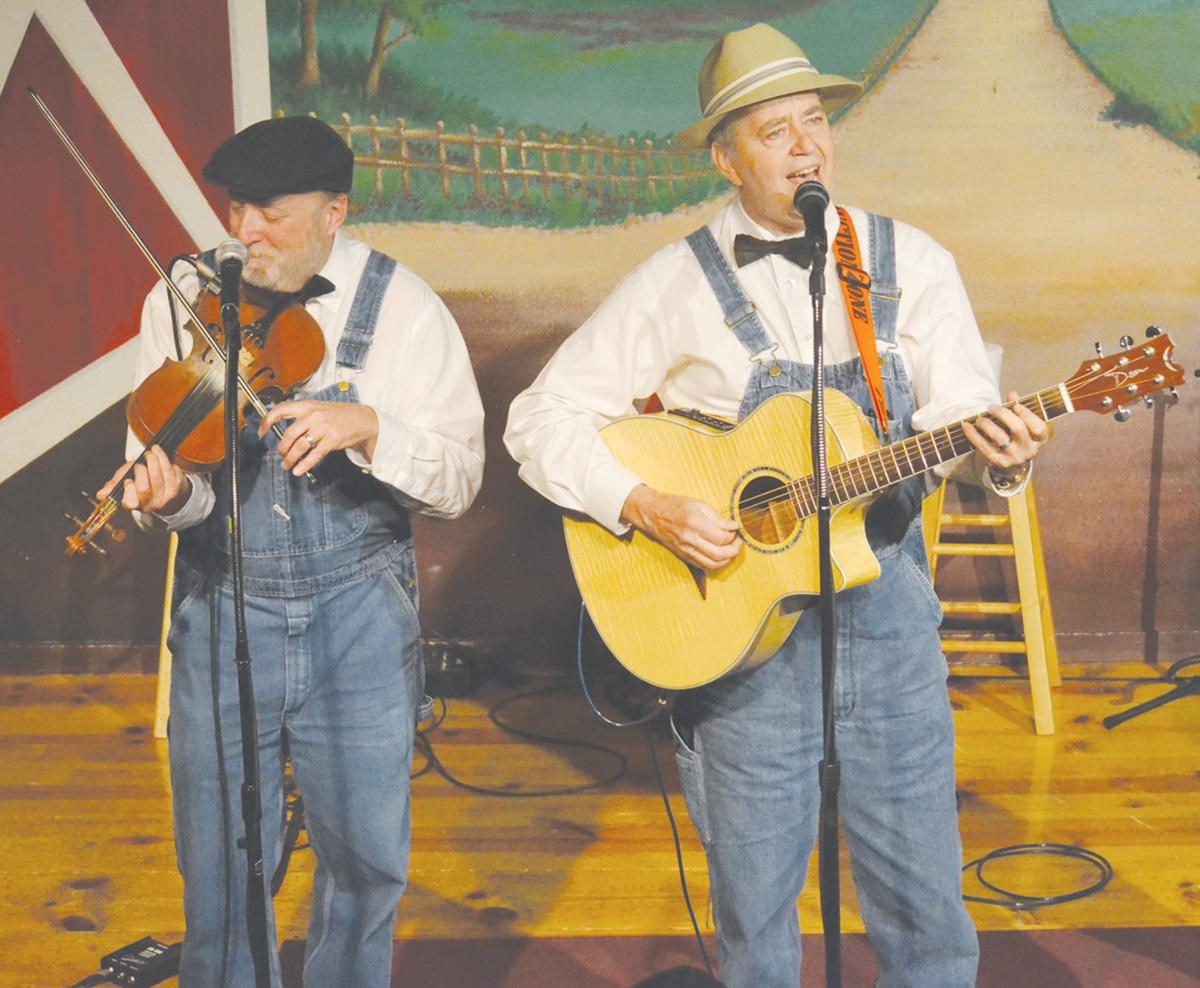 The Sons of Britches, Louis Darby, left, Earl Vaughan and Randy Plummer (not pictured), return to the Little Opry Theatre next week. 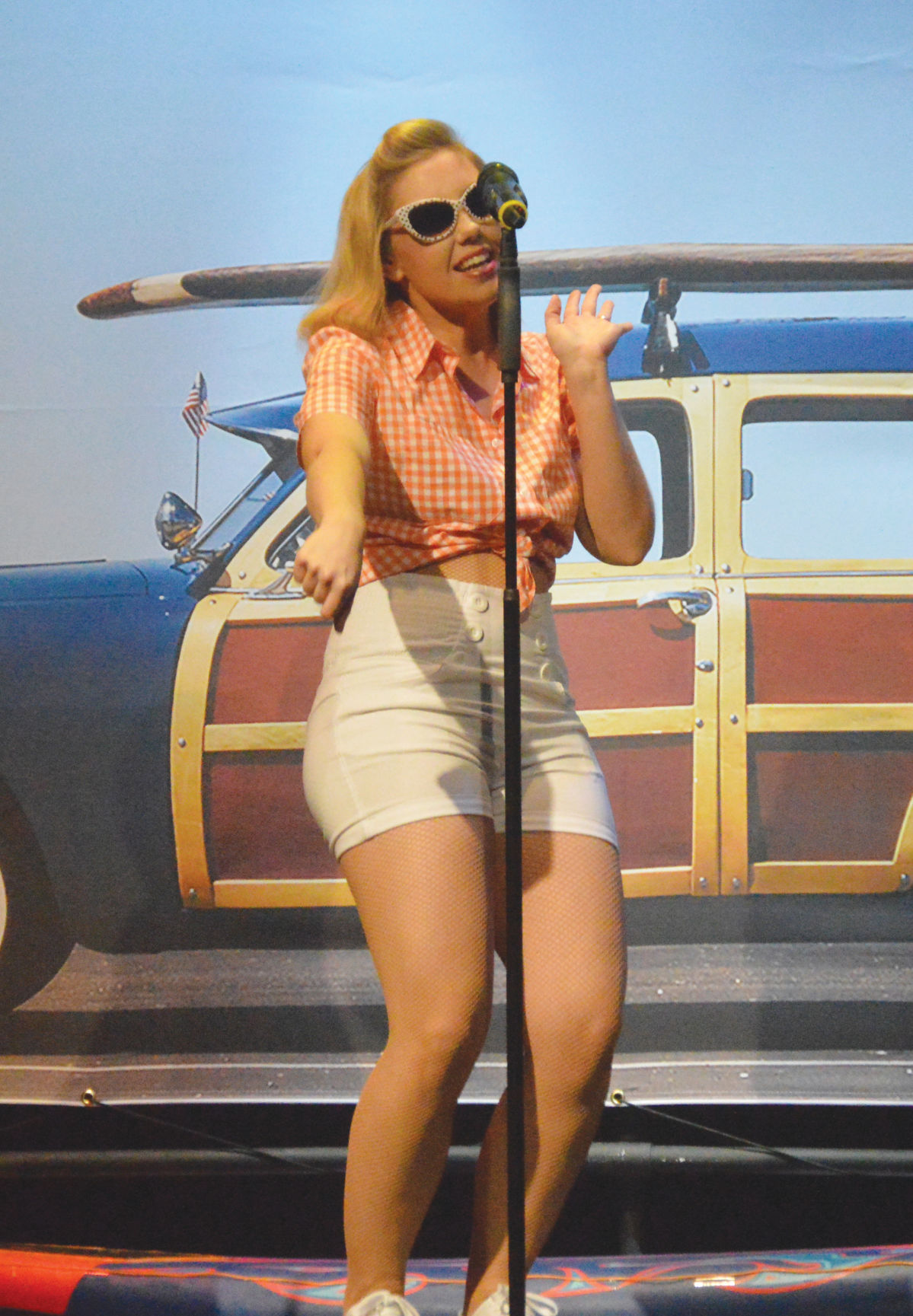 Chelsie Odom and the rest of the “Beach Boys California Dreamin’” show return to the Hamner Variety Theatre. 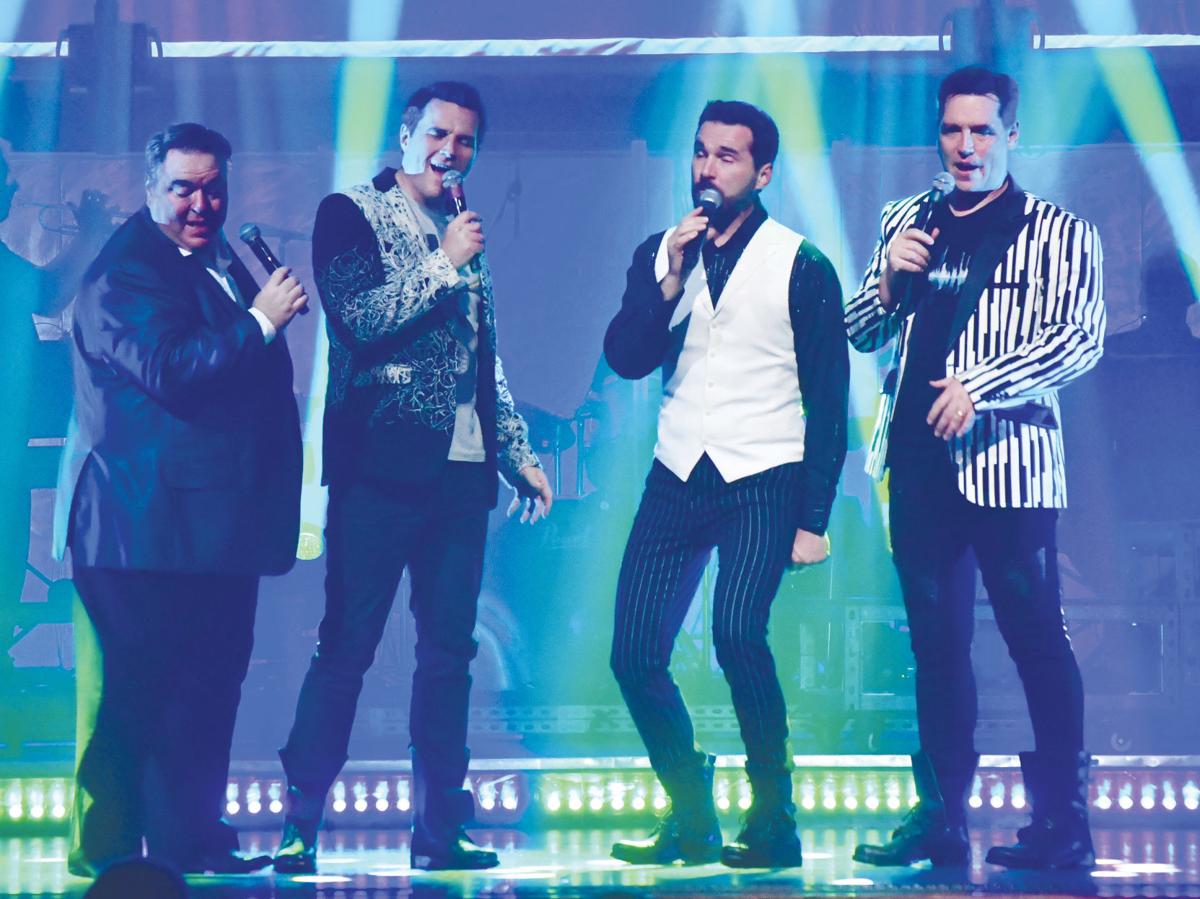 Marty, Andy, Ryan and Jason Hughes, along with the rest of the Hughes family, returned to the Hughes Brothers Theatre Tuesday night.

The Sons of Britches, Louis Darby, left, Earl Vaughan and Randy Plummer (not pictured), return to the Little Opry Theatre next week.

Chelsie Odom and the rest of the “Beach Boys California Dreamin’” show return to the Hamner Variety Theatre.

Marty, Andy, Ryan and Jason Hughes, along with the rest of the Hughes family, returned to the Hughes Brothers Theatre Tuesday night.

With more than a handful of shows already up and running, So far, several shows have opened for the season, including the “Grand Jubilee,” Comedy Jamboree,” “Branson Country USA” and “Amazing Pets” at Grand Country; “Legends in Concert” at Dick Clark’s American Bandstand Theater; “George Jones and Friends Remembered” and “The Petersen Family Bluegrass Band” at the Little Opry Theatre; “Mike Walker Lasting Impressions” at the Hamner Variety Theatre, several more shows are set to open for the 2020 season over the next few days.

Tuesday night, the Hughes family, also known as the “World’s largest performing family,” return to the stage at the Hughes Family Theatre for the 2020 edition of “The Hughes Music Show.”

Starring the Hughes brothers, Jason, Marty, Andy and Ryan, as well as their wives and kids, “The Hughes Music Show” includes pop, rock, country, Broadway and just about everything else under the sun.

Last year I touted the 2019 version as “my favorite Hughes production ever,” and I can’t wait to see what they have in store for this year.

The “Sons,” as they’re known, include Earl Vaughan, Randy Plummer  and Louis Darby. They begin each show with a couple of per-determined tunes before opening things up for requests. This is one of the only shows in town where the audience is in charge.

Showtimes are 7 p.m. Thursday and Friday, and 2 p.m. Saturdays through February.

Later next week, the Hamner Variety Theatre will again host “Thank You for the Music: A Modern Tribute to Abba,” which opens Feb. 7.

This show is a tribute to the Swedish pop super-group starring Chelsie Odom, Cadence Miller, James Allen and Stephen Odom, features “signature harmonies, high- energy dance, and huge hit tunes.” Some of those songs featured include “Dancing Queen,” “Waterloo,” “Take a Chance on Me,” “Fernando,” and “Mamma Mia.”

The following day, Saturday, Feb. 8, “Beach Boys California Dreamin’” is back for another season at the Hamner Variety Theatre.

While seminal surf groups like Jan and Dean and Dick Dale and the Del Tones, as well as acts like the Mamas & the Papas and Dusty Springfield are represented in the show, the main focus is on the music of the Beach Boys.

With the help of videos and select narration, the show highlights the ups and downs of the iconic group while dropping some knowledge, facts and tidbits along the way.

Also set to return Feb. 8 are the Haygood family at the Clay Cooper Theatre.

“The Haygoods,” starring  Matthew, Tim, Patrick, Dominic, Michael and Catherine Haygood, along with drummer Dino Phillips, for the 2020 season.

During the show, the Haygoods seamlessly integrate top-notch musicianship, stellar vocals, and unmatched lighting while belting out classic country, rock, pop, and even a bit of hip hop. Each member of the family gets the chance to showcase what they do best, from “mountain dancing” to playing just about every instrument on stage.

The Branson Tribute Theatre will open for the 2020 season Feb. 10 with “Take it to the Limit Tribute to The Eagles,” followed by “Bad Moon Risin’ Tribute to Creedence Clearwater Revival” Feb. 11. The “Tribute to Southern Rock” show returns Feb. 12.Visit bransontributetheatre.com

Also set to return Feb. 12 is “Six,” one of Branson’s most popular shows, opening in their inaugural season at Dick Clark’s American Bandstand Theater.

Often referred to as an “orchestra of human voices,” the brothers of “Six,” Barry, Kevin, Lynn, Jak, Owen and Curtis Knudsen, have been performing a cappela tunes for more than 40 years.

For the past 13 years, the brothers have united to perform pretty much every kind of music one could think of, along with all kinds of interesting special effect sounds using only their voices, right here in Branson.

The Rock House Center for the Arts in Reeds Spring recently announced the duo of Mollie O’Brien and Rich Moore will perform Feb. 15.

“This my 30th year for hosting house concerts, the first 15 years in The New Coast Gallery and these last 15 years at The Rock House in the quaint city of Reeds Spring,” said Rock House owner and promoter Jeanette Bair. “It’s an understatement to say that Bruce (Anderson) and I have a passion for bringing authentic music to this small Ozark town. We’ve hosted hundreds of musicians from all over the country, but this will be our first time to have the renown Mollie O’Brien grace our Rock House stage.

“We are so excited. This show will sell out so get your tickets soon.”

Grammy award winner Mollie O’Brien became known to the rest of the world as a “singer’s singer” when, in 1988, she and her brother Tim released the first of three critically acclaimed albums for Sugar Hill Records.

Eventually, she recorded five equally well-received solo albums. O’Brien was a regular on the nationally syndicated radio show “Prairie Home Companion” from 2001 to 2005.

She will be accompanied by her husband Rich Moore.  He is noted as a powerhouse guitar player who can keep up with O’Brien’s twists and turns from blues to traditional folk to jazz to rock and roll.  He creates a band with just his guitar and, as a result, there is an equal partnership.

Tickets are $20 and can be purchased online at  rockhousecenterforthearts.org/calendar-tickets.